Gant Returns to Its American Roots for Ads 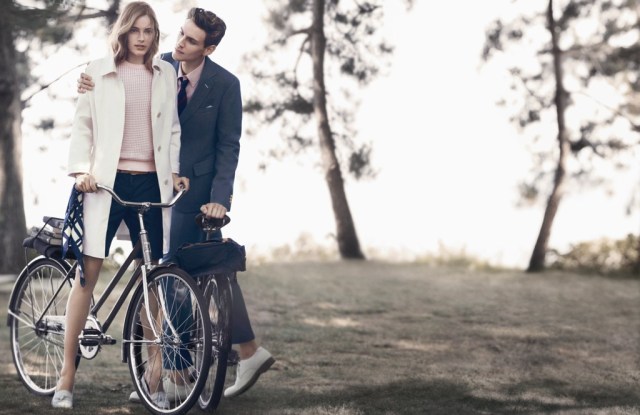 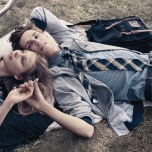 In a move to burnish its American lineage, Stockholm-based Gant has tapped New York’s Baron & Baron as its new global advertising agency. The brand was previously handled by Sweden’s Dry Creative for 10 years and the switch signals the growing importance of the U.S. market to Gant, with double-digit growth here outpacing sales internationally.

For two seasons, the U.S. has been Gant’s fastest-growing market, making it now the brand’s ninth largest, far up from 28th place five years ago. The trend should accelerate going forward. “For our pre-fall 2013 bookings, the U.S. was our third-largest market — behind Germany and the U.K. — something we haven’t seen since the Seventies,” said Dirk-Jan Stoppelenburg, Gant’s chief executive officer, of the U.S. growth trajectory. “It’s fully possible it could become our largest market in five years.”

The new campaign from Baron & Baron refocuses the brand on its Ivy League heritage, with images set on a sylvan, campuslike setting. “Gant has something that is absolutely original and true and grounded in the American East Coast and I wanted to bring that back a little bit,” said Fabien Baron, creative director at Baron & Baron, which counts Calvin Klein, Dior, Prada and Versace among its clients. “The pictures before were more product-oriented and lacking emotion. We tried to recapture that and put it back. These are clothes for young people and there’s this lightness in that time of your life.”

The campaign was shot by Mikael Jansson and styled by Joe McKenna at an estate on the north shore of Long Island. The media buy has not been finalized but will include print; airport and outdoor in New York, Los Angeles and European hubs, and an online buy with Condé Nast properties.

Gant estimates it will ring up $1.3 billion in sales this year, up from $1.23 billion last year. The company operates directly in the U.S., Sweden, France and the U.K., has joint-venture agreements in Turkey and Brazil, and works with franchise partners everywhere else around the globe. There are about 500 freestanding Gant stores worldwide and another 500 Gant-operated shops-in-shop or corners. About 100 stores or corners are being added annually.

In August, Christopher Bastin, who designs Rugger, assumed oversight for the main collection as well.