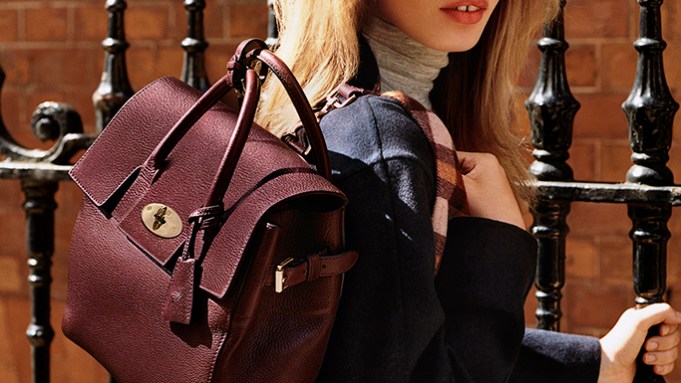 CHELSEA MORNING: Georgia May Jagger has returned to Chelsea, the London neighborhood synonymous with her father Mick Jagger, for Mulberry’s fall-winter ad campaign. Alasdair McLellan shot Jagger, whose look is inspired by a young Julie Christie, against the area’s sunlit red brick buildings.

The mood is the Seventies, and the campaign features the Bayswater, Roxette and Mini Jamie bags. The accompanying video is set to music by the British band The Jesus and Mary Chain.
The company’s new chief executive officer, Thierry Andretta, said, “Mulberry is proud to be British, and it is important to keep this spirit of British cool alive as we continue our international growth.”

The ads will break on the brand’s Web site on Monday and in the September issue of British Vogue.