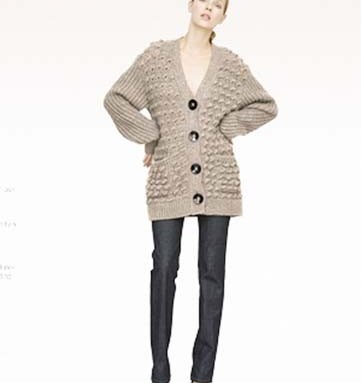 Will more consumers buy expensive green products even though the economics of retailing have fundamentally changed?

Stella McCartney, a fashion pioneer in the sustainable movement, isn’t so sure.

“I…worry that the recession makes people care less and focus on lower prices, with less concern on where and how things are made,” she said. “The eco-fashion subject — or any subject in general — is always in danger of becoming a trend and a one-off. Everyone on this planet needs to keep an interest in it, and there is a vested interest.”

The movement received what many analysts said was a significant boost when Wal-Mart Stores Inc. said last week it will create an environmental labeling program to measure the social and ecological impact of products. The world’s largest retailer will require all 100,000 suppliers, who will have to absorb costs of the initiative, to answer a 15-item questionnaire focusing on energy and climate, material efficiency and natural resources to create a comprehensive sustainability index. The effort, which might produce efficiencies that eventually lower costs, could take five years or more.

Mike Duke, president and chief executive officer, said the initiative makes business sense because customers “want to know the materials in the product are safe, and that it was produced in a responsible way.”

There’s no question that, from apparel to foods, sustainable products are big business.

Although economic hardship might stunt the short-term sales growth of sustainable and organic items, retail analysts said green merchandise has traction, especially for a core group of shoppers that will pay for it regardless of costs.

Brands have a vested interest in making sure their products and operations — from more energy-efficient lighting to renewable power systems — are environmentally friendly, experts said.

Global sales of green merchandise increased to an estimated $654 billion in 2008 from $438 billion in 2003, but are forecast to be flat this year, according to a study by Mintel International Group Ltd. If the global economy begins to recover, sales could rise 2.4 percent to $669 billion next year and reach $780 billion by 2013.

The Mintel survey of 2,500 adults found that 54 percent said they would buy more green products, but consider them too expensive. Consumers 35 years old and younger were most receptive to them, but seniors were less likely to pay the higher costs.

The report concluded that, even in a period of reduced consumer spending, competitively priced green merchandise may do well because it stands out. “Green products that offer extra value…are better positioned to weather tough economic times,” the study said.

Mintel defined green products as those that minimize impact to the environment through recycled materials; have no harmful chemicals or solvents; are made with organic and pesticide-free farming; reduce energy and water consumption; are made of sustainable woods, and are produced in ways that create lower waste and pollution.

“While many people may have believed green was gone due to the economic downturn, by no means is that true,” he said. “The consumer is looking for reasons to spend again, and green and philanthropy are going to be the things that help propel them out of the malaise they are in.”

Wal-Mart faces few risks, he said. “If it works, they are heroes and get great publicity. If it doesn’t, they tried and cannot be criticized for it. They can only reap benefits, so it’s likely we’ll see even more companies doing it.”

However, establishing new standards for businesses could be counterproductive, said Dan Butler, vice president of retail operations for the National Retail Federation.

“I understand why they [Wal-Mart] want to create such a mandate, but frankly, companies may not like being told how to do business,” he said. “Wal-Mart may be cutting themselves off from vendors who want to be green, but are still on their journey and just aren’t there yet. Everyone is not on the same page as they are.”

That applies to consumers, as well as vendors, who may tell researchers they are willing to pay more for eco-friendly products, but whether they actually follow through in a recession is unclear, said James Burroughs, associate professor of commerce at the University of Virginia.

“If it was costless to go green, why would anyone pollute?” he said.

Still, the public’s desire for responsible corporate behavior is strong, especially in the context of excesses and bad decision-making in the financial sector that provided momentum for the economic crisis.

“It resonates well with consumers when they see retailers and companies in today’s environment demonstrating they are still committed to the [green] movement,” said Joseph Feldman, managing director and senior research analyst at Telsey Advisory Group. “Even though shoppers are cutting purchases, a commitment to the green movement gives them another reason to go to a brand.”

Green themes have been highlighted in company campaigns, popping up in ads from Wal-Mart to automobile makers such as Ford Motor Co. and Chevrolet.

Retailers like Kohl’s Inc. and Whole Foods Market, as well as manufacturers such as FesslerUSA, which produces private label apparel in Pennsylvania for clients that include Nordstrom Inc., Urban Outfitters Inc., Saks Fifth Avenue, Liz Claiborne Inc. and others, are using sustainable practices as marketing tools.

FesslerUSA also will convert to solar power, and once its new energy program is running, brands made by the firm will feature hangtags and materials informing consumers the merchandise was produced and sewn with solar energy.

Companies such as Payless ShoeSource and others have introduced affordable products geared to eco-minded shoppers, said Reinier Evers, founder of Trendwatching.com, an Amsterdam-based firm that has tracked global marketing trends since 2002.

For example, to make sustainability more economical, Payless in April introduced zoe&zac, footwear priced at less than $30 and reusable bags costing $1.99. Part of the proceeds will help pay for planting 100,000 trees in the Plant a Billion Trees campaign, which aims to rebuild the Atlantic Forest in Brazil by 2015.

“Recession or not, consumers will continue to demand responsible behavior,” Evers said.

While the downturn may drive some green start-ups out of business by the year’s end, new opportunities will sprout in the next 12 to 18 months, Evers predicted.

“In these tough times, consumers want to feel good by knowing they are doing good,” said marketing consultant Bill D’Arienzo, founder and ceo of WDA Brand Marketing Solutions. “Buying sustainable products lets them feel they have control over their environment and economy, which both seem to them to be out of control.”

As an example of new opportunities in the market, D’Arienzo cited VLH Inc., a firm he works with, which is getting growing response to workwear protective clothing made from recycled fabrics.

The downturn has made the green cause even more important to consumers, inspiring brands to be more responsible and cost competitive, said Brian Moore, vice president, footwear, of Timberland.

Using sustainable materials can save brands money, he said, noting Timberland’s Earthkeepers line features Green Rubber, a trademarked compound made of 42 percent recycled automobile tires or recycled latex, which costs less than virgin rubber. “In these tough economic times, consumers want a product they can trust that offers quality, durability and value.”

The most recent EPA report on the program in April gave the top ranking in green power purchases to Kohl’s department stores, which uses bio gas, a source of renewable energy made from organic waste materials; bio mass, which is processed from materials like sawdust or wood chippings, and solar and wind energy systems.

Whatever challenges the green movement faces, adherents such as McCartney are in for the long haul.

“My first job as a designer is to make desirable, luxurious clothing that people want to buy, but also to make clothing that my customers feel morally able to buy, as it has helped to contribute to the environment in some way,” she said.