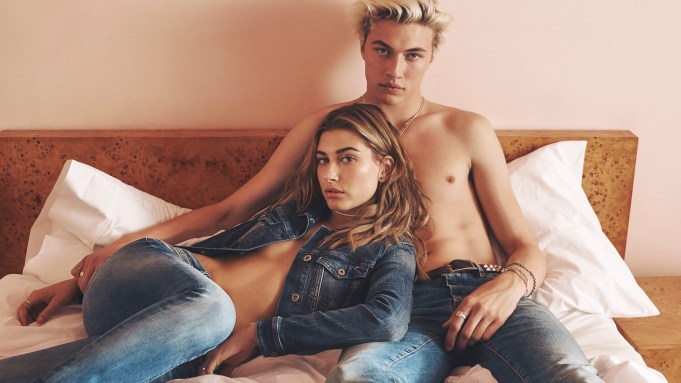 The digital campaign, which breaks Aug.1, follows the two models on a 24-hour adventure through Los Angeles. They cruise down Sunset Boulevard and make a pit stop at Pink’s Hot Dogs.

The concept started last April when Baldwin, Smith and Bryant Eslava, Hilfiger Denim’s social campaign photographer, invited their social media followers to send creative Snapchats to @TommyHilfiger for the opportunity to attend the campaign photo shoot. Five winners — from Canada, the Netherlands, Italy and two from the U.S. — were invited on the set and given an iPhone to record their experiences.

Further, Baldwin and Smith snapped behind-the-scenes imagery and videos to further engage their social media followers — which total 8.5 million on Instagram alone. Additional content was captured by campaign photographer Devyn Galindo, which marks her second consecutive season shooting for Hilfiger Denim, and Eslava, using both traditional cameras and iPhone for immediate social media purposes. Smith, Baldwin and Eslava, as well as the five fans, will break the first look at the campaign through their own channels prior to the August launch.

Both Baldwin and Blue appeared in Hilfiger Denim’s spring campaign, and Baldwin walked in the spring and fall runway shows during New York Fashion Week.