As the U.S.’ fastest-growing demographic, stores, brands and consultants are trying to get a deeper understanding of the preferences of the Hispanic consumer. 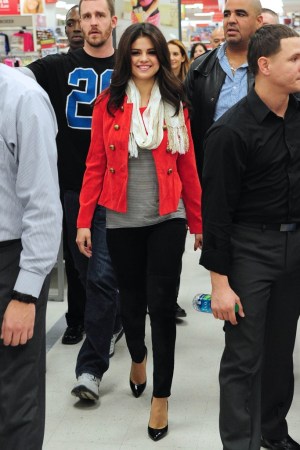 The growing political power of Hispanics was exhibited in the reelection of President Obama, but it’s their economic power that is increasing even faster — and retailers and brands are rushing to keep up.

As the fastest-growing demographic in the country, it’s no wonder stores, brands and consultants are trying to get a deeper understanding of the preferences of the Hispanic consumer. According to the Selig Center for Economic Growth, Hispanics’ estimated buying power will reach $1.2 trillion this year. Their spending power has risen from $212 billion in 1990 to $489 billion in 2000, to $978 billion in 2009 to an estimated $1.5 trillion in 2015. The estimated Hispanic population of the U.S. is 52 million, as of July 2011, making people of Hispanic origin the country’s largest ethnic or racial minority, according to the U.S. Census Bureau.

Apparel remains high on the Latina consumer’s shopping list. While price and value are paramount, she is also brand- and style-conscious. Hispanics represent about 15 percent of total apparel sales, spending about $29.3 billion on apparel for the 12-month period ended Sept. 30, according to The NPD Group’s Consumer Tracking Service.

According to a survey conducted by WSL Strategic Retail of 1,950 Hispanic customers, Hispanic women represent the most passionate and proactive shopper segment searching for deals across all retail channels. The survey found that Hispanic women are more actively using mobile devices; coupons; online searches; dollar stores, and deep discount retailers to save money, compared to other female demographics. The survey found that 60 percent of Hispanic women use apps to search for the lowest price. Fifty-three percent make it a point to search online before going shopping; 53 percent are using their mobile devices in the store to find electronic coupons, sales and discount codes. In addition, 75 percent are using traditional coupons to get the lowest sale price; 54 percent will only buy items that are on sale; 63 percent will travel further to shop at a store where they can save money, and 43 percent will buy a preowned product if it lets them get a brand that they couldn’t afford new.

Candace Corlett, president of WSL Strategic Retail, said the Hispanic customer will make more trips in a week than Caucasians and African-Americans. “The vision I get of her is she is so passionate, and she’s getting the most she can for her family. She will make 4.6 trips to stores in a week, versus 3.9 trips for Caucasians and African-Americans,” she said. Hispanics are also heavy users of social media. “They are passionate about reading reviews and trying to figure out what to buy and what not to buy. Finding the deal is most important,” she said.

A Latina Insights survey earlier this year that polled 1,900 subscribers to Latina magazine found that the department store retailers that ranked highest as the “go-to” destination for holiday shopping last year were Macy’s Inc. (18 percent); Target Corp. (18 percent); Kohl’s Corp. (13 percent); Wal-Mart Stores Inc. (12 percent), and J.C. Penney Co. Inc. (10 percent). Specialty apparel retailers that ranked the highest among visits over the holidays were Victoria’s Secret (64 percent); The Gap (31 percent); H&M (26 percent); New York & Co. (23 percent); American Eagle Outfitters (20 percent), and Express (20 percent). Amazon.com was the number-one online shopping destination, with 48 percent of respondents having shopped the site over the holidays, according to the survey. And what were they buying? Clothing (82 percent), electronics-tech products (60 percent) and toys (58 percent) were Hispanic women’s three top categories of purchase over the holidays.

Last month, Latina Insights conducted another survey of 300 Hispanic women that found that the acculturated Latina had spent $618 over the past three months alone on apparel and accessories. “In my experience, this is a very high amount for such a short period of time,” said Patricia Oppenheimer, marketing director of Latina Media Ventures. The top-five brands she had purchased in the last three months, in order, were Victoria’s Secret, Forever 21, Old Navy, H&M and Ann Taylor Loft. “She loves brands that are on-trend at an affordable price,” said Oppenheimer. “Our research consistently shows that this acculturated Latina, even when ‘budget sensitive,’ likes to experiment-switch up her look and loves to buy fashion items seasonally,” she said. The next 12 were Michael Kors, New York & Co., Express, Gap, Levi’s, Coach, Banana Republic, BCBG Max Azria, Guess, Calvin Klein, Jones New York and Kenneth Cole.

That consumer also likes the status of a recognizable and established designer brand, such as Michael Kors, Coach and Kenneth Cole. “It’s interesting to note how prominent the Michael Kors brand (her number-one choice in designer brands) is in social media, which no doubt helps position the brand even further in the acculturated Latina consumer’s mind, as she overindexes on all social media and digital platforms,” said Oppenheimer. “And of course, the Victoria’s Secret brand remains a brand for which she seems to have a very high affinity. She clearly identifies with the brand’s positioning — trendy, feminine, sexy and fun.”

According to the survey, the top six categories she had purchased were, in order: casualwear, shoes-boots, lingerie and undergarments, dresses, jeans and accessories.

Macy’s, Kohl’s, Kmart, Wal-Mart and Target are among those retailers that have been aggressively courting the Hispanic customer for years, with specific collections, marketing programs and ad campaigns. Brands such as Sofia by Sofia Vergara, Jennifer Lopez, Daisy Fuentes and Dream Out Loud by Selena Gomez all cater to the Hispanic customer.

Tara Poseley, president of Kmart Apparel and senior vice president at Sears Holdings Corp., said in recent years, Kmart has introduced collections such as Dream Out Loud by Selena Gomez and Sofia by Sofia Vergara that owe their lineage to Hispanic style icons. “We value the authenticity that comes from collaborating with talented celebrities whose sense of fashion is aspirational but attainable. Specifically, the Sofia by Sofia Vergara collection rounds out a portfolio of contemporary brands in the women’s ready-to-wear category at Kmart, designed with a young, fashion-conscious customer in mind. One of the attributes we love about Sofia Vergara is that her Latina heritage resonates with our Hispanic shoppers while her impeccable style remains universally appealing,” said Poseley.

Sofia by Sofia Vergara offers merchandise ranging from party dresses and printed jeans to blazers, cardigans, watches, earrings, totes, comforters and sheets. Poseley said Kmart attracts the fashion customer who wants to stretch her budget or simply shops smart — whatever her ethnicity or cultural heritage. Some of Kmart’s efforts to reach the Hispanic customer include its weekly “looks for less,” through Hispanic-focused fashion blogs featuring Kmart apparel and their own culturally relevant style icons.

Kmart also engages the Hispanic customer through a variety of channels, such as online, where information is shared frequently. “Kmart has social channels in both English and Spanish where deals and announcements are promoted. Shoppers are also reached through innovative social technologies such as Shop Your Way, allowing them to earn points on purchases as well as become part of the shopping community,” Poseley said.

Last year, Kmart launched Latina Smart, a social platform for Latinas to gather and share information. Latina Smart is an online community comprised of more than 27,000 Facebook fans and nearly 1,500 Twitter followers that celebrate Hispanic women. As a part of the 2011 Hispanic Heritage Month celebration, Latina Smart offered a scholarship that awarded $25,000 in college funding to four young Latinas. This year, Latina Smart is offering an internship program that will provide career experience to five Latina Smart interns during a 10-week paid internship at Sears Holdings corporate headquarters in Hoffman Estates, Ill.

Shawn Outler, group vice president, leased businesses, vendor collaboration and multicultural business development at Macy’s, runs a program called The Workshop at Macy’s, where she seeks vendors that satisfy the multicultural segment. Last year, Outler discovered a resource called Cenia Dresses, which is geared to the multicultural customer. The collection is based on different fits. “If you’re hourglass, there’s a fit for you; if you’re fuller on the bottom, there’s a fit for you. She’s built her whole dress line based on some of the challenges she’s faced as a Latino woman,” said Outler. In addition to Cenia dresses, Macy’s launched several cosmetics resources that have broad color ranges that address Latina, black and Asian customers. Macy’s runs this Workshop program once a year in May and is accepting applications.

The retailer also uses its My Macy’s strategy to pinpoint the needs of various subsets within the Hispanic community. “With My Macy’s, we’ve learned a lot about the customer and some of the sizing differences and the color preferences and weight of product that help us tailor our products by location and region,” said Outler. According to a Macy’s spokesman, Macy’s captures more Hispanic fashion-conscious consumers than any other traditional department store.

“They are one of the first to adopt. They like newness and freshness. That comes in many different forms. In one place it could be about a logo, and in another place it could be about prints,” said Macy’s Outler. The Hispanic customer is also an integral part of Macy’s Millennial strategy, which aims to position the department store to attract and retain customers in the Millennial generation — now the U.S.’s largest and most diverse age demographic with spending estimated at $65 billion each year. “The younger customer is very tapped into technology, and we build our marketing strategies to reflect that,” said Outler.

She said tablets, Twitter and Facebook, for example, are becoming more important to Macy’s overall marketing strategy, and the Hispanic customer is very much a part of that. Macy’s largest Hispanic markets are in Puerto Rico, New Mexico, California, New York and Florida. Macy’s features bilingual signage in the Puerto Rico store.

Wal-Mart primarily targets women who are head of households. “The future growth of retail is coming from multicultural audiences,” said a Wal-Mart spokeswoman. The retailer runs bicultural commercials on TV in both Spanish and English, which began in September. It also created layaway ads in two languages, geared to the customer who speaks only Spanish, as well as those who speak English and Spanish. The company runs the ads in cities that have a heavy Hispanic audience, such as Houston and Dallas, as well as in prime time spots on shows such as “Dancing With the Stars.”

“We’re making sure our advertising is culturally relevant and has authenticity,” the spokeswoman said. Each of its stores has a program called “Community Promise,” which reflects the community they’re in. For example, there will be Spanish signage in stores in Houston, Dallas or Phoenix. Wal-Mart’s two biggest categories targeting the Hispanic consumer are food and consumables (beauty products, soaps and shampoos). The Hispanic customer is looking for brand-name products at the lowest prices, she said.

A Target spokeswoman said their stores “embrace cultural influences for all its guests.” In-store signage is really important, and every category has products that cater to the Hispanic woman, such as Fabuloso cleaners, Imusa cookware, Tio Nacho cosmetics and Moco de Gorila cosmetics, she said. Target tries to reach the Hispanic consumer across all channels, including digital and its partnership with Univision. For its Neiman Marcus-Target promotion, it will feature merchandise from Latin designers such as Carolina Herrera, Oscar de la Renta and Robert Rodriguez. Target said its stores with the largest Hispanic populations are in Miami, Dallas and Los Angeles.