Shoppers waited in long lines, some overnight, to welcome the fast-fashion chain to the NorthPark Center. 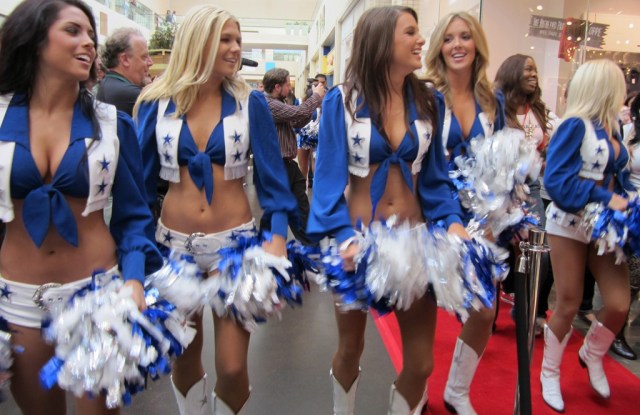 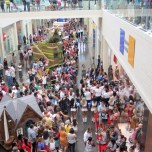 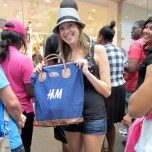 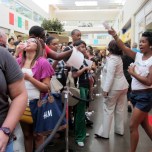 It was controlled pandemonium Thursday at NorthPark Center in Dallas as youthful crowds gathered in anticipation of H&M’s noon opening. Dance music blared and 12 Dallas Cowboys Cheerleaders flanked H&M’s front door dancing and shaking their pompoms as dozens of the retailer’s staff gamboled in the entryway.

Behind a velvet rope, a queue of about 1,000 people wound from H&M around three of NorthPark’s four corridors. Roughly 150 people braved a hot night in Macy’s parking garage to score one of H&M’s 500 scratch-off merchandise vouchers valued from $10 to $500, according to a spokeswoman for the mall.

First in line were teenagers Gabbi Scalf, who nabbed the $500 prize; her sister, Chloe, who got the $300 card, and their pal Sarah Trovada, who earned $200. “We have never done anything like this before and we thought it would be cool,” Gabbi Scalf said. “We basically live at NorthPark anyway.” A little farther down the line stood Brooke Miller, who arrived at midnight and spent a sleepless night on the garage’s concrete floor with her friend Mario Martinez. “I did it for a chance at $500, but I’ll take $75 and the goody bag and T-shirt,” Miller said, flashing her prize card. “It’s free money.”