The company’s “Birth of a Trend” project has developed an algorithm that taps into trends that have the potential to hit the big time. 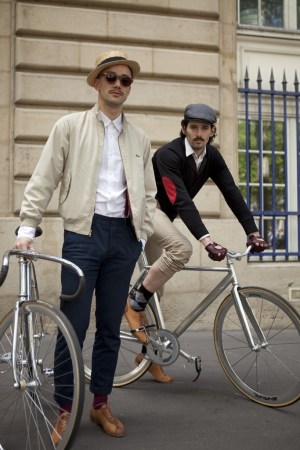 Is steampunk the next cycle chic?

The sci-fi subgenre that obsesses over ornate steam-driven creations and the urban practice of dressing well to bicycle share very little DNA, but both are examples of slow-moving trends that offer opportunities for brands to connect with very specific consumer groups.

Tapping into such trends has always been a matter of getting on the right bandwagon before it gets rolling — earning street cred for being current and catching enough of the action to make something of it. But trends and memes have become more promiscuous with blogs, message boards and social networks facilitating a continuous global conversation on everything, all at once.

The question for brands looking to tap into trends has become, “How to get there before the Twitter hashtag?”

IBM has a techie answer.

The company’s “Birth of a Trend” project has developed an algorithm that sifts through social media and other sites to find “weak signals” — things that only a few people are talking about but register as genuinely new and have the potential to hit the big time.

Davis’ radar started picking up hints in 2006 of a more fashionable kind of bicycling, with old-school bikes and riders dressed to the nines. Mikael Colville-Andersen — a sort of patient zero for the chic cycling phenomenon — started his Cycle Chic blog in Copenhagen the following year.

“A lot of people gathered around that site,” Davis said. “What we’ve done is track, over a period of years, how the sentiment around the thing called Cycle Chic has changed and grown. What this trend is showing is that there are people out there who have a different outlook on life, particularly around the relationship between how they transport themselves and their goods around cities.”

The trend then jumped to Portland, Ore., and Outlier, in New York, introduced its “bike-to-boardroom” pants. London’s Tweed Run started on Savile Row in 2009, and by 2010, people were talking about chic cycling from Sydney to Shanghai, Rio de Janeiro to Mexico City. Then came the Missoni for Target bicycle for $399 and the Bianchi by Gucci bike for $14,000.

“When you start to see commercial businesses get involved, that’s another good indicator that the trend is…amplifying,” Davis said.

Early on, trends often find their most fertile ground in communities that are connected to the arts or design, or favor alternative lifestyles. So trends tend to jump between the likes of not just Berlin, Paris, New York, Sydney and Shanghai, but also Portland or Tallinn, the capital of Estonia, which Davis described as “one of the most digitally connected cities in the world.”

Trends are combining now, tripping over each other, said Davis, noting brands have to participate in the right way, one that makes sense for the trend.

“Spotting the trend is one thing, deciding what to do about it as a big company is another thing altogether,” he said. “There’s a lot of inertia in big companies.”

Davis said the Levi’s brand has been smart about Cycle Chic and how it tapped into the trend, launching the cyclist-friendly Commuter by Levi’s jeans with very targeted marketing.

Research by IBM shows that Steampunk, which has been around since at least the early Nineties, is still boiling just below the surface.

Rihanna arrived at the Paralympics closing ceremony this month on a Steampunk pirate ship, and, Davis said, the social-media world lit up, with devotees seeing Steampunk as having arrived and the uninitiated trying to understand what they were seeing.

“I think Steampunk is going through some kind of birth in the mainstream,” Davis said.