The newly merged agency combines advertising and representation into one brand strategy firm focused on designers. 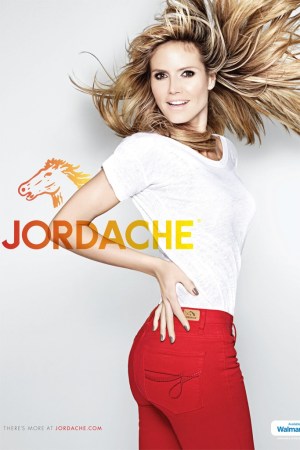 Advertising firm Ink & Co. and talent representation company Designers Management Agency have merged to form DMA United in what may be the first agency of its kind that combines advertising and representation into one brand strategy firm focused on designers.

Financial terms of the merger were not disclosed. The move gives DMA a cohesive ability to tap industry connections to connect fashion to entertainment and culture to create global lifestyle brand opportunities.

According to Sam Sohaili, who founded Ink in 1994 and cofounded Designers Management in 2001 with Marc Beckman, “Fashion’s not just about clothes.…It’s about how fashion interacts with the outside world.”

The idea of fashion meets entertainment and pop culture isn’t a new one, and many ventures are making a bigger push into the fashion sector.

In 2010, Li & Fung Ltd.’s U.S. arm LF USA joined forces with Star Branding, which includes as partners Tommy and Andy Hilfiger, to form a venture called MESH. The name, an acronym for Music Entertainment Sports Holdings, has a goal of infusing brands with fashion and pop culture. It’s a move to build global lifestyle brands using LF’s sourcing and distribution resources with Star’s access to creative opportunities in fashion and entertainment.

MESH’s first deal was the Jennifer Lopez and Marc Anthony fashion lines that launched at Kohl’s in fall 2011. A second deal last year had MESH joining forces with Bravado, the global music merchandising division of Universal Music Group, with the goal of creating contemporary lifestyle brands inspired by music and fashion involving Bravado’s roster of artists. The first deal, exclusively at Macy’s, had Steven Tyler of Aerosmith and “American Idol” fame as the face of the new Andrew Charles rock ’n’ roll men’s wear line.

Entertainment and sports representation firm Creative Artists Agency provides a range of strategic marketing and consulting services, and is also a DMA competitor. So, too, is William Morris Agency, from which came the original talent agents — such as Michael Ovitz and Ron Meyer — that conceived CAA. Since CAA’s creation in 1975, TPG Capital has taken a 35 percent ownership stake. CAA, in collaboration with Irving Place Capital, formed Star Avenue Capital, which last week sold its 80.1 percent stake in denim and fashion brand J Brand Holdings LLC to Fast Retailing Co. Ltd. for $290 million plus $10 million in advisory fees. Another Star Avenue investment is professional hair care brand Macadamia Natural Oil.

In the case of DMA, the merged brand strategy firm involves an already proven business model.

Although Ink and Designers Management were separate firms with different billing structures, the two have shared resources since the Great Recession and each side of the business often refers the other in many of the completed business development deals. “The new economy has shifted consumers’ purchasing habits, and technology has changed the way they shop. And [combining the resources of each firm] allows companies’ marketing budgets to see a real return on their investments,” Sohaili said. He explained that brands are now marketing to consumers without necessarily buying media, given the access to the Internet.

Beckman, who primarily focuses on business development, said the merger provides for clients a “substantial ecosystem” between the creative platform — whether purchased media, digital strategy or nontraditional collaborations — and business development, the latter ranging from traditional licensing and co-branding partnerships to multimedia opportunities in broadcast, broadband and publishing.

Stephanie Furgang Adwar of Furgang & Adwar, André Leon Talley’s attorney, said her client is working with DMA to explore branding opportunities for him, including the development of a television show involving fashion lifestyle themes.

“DMA works specifically in the designer space and their contacts are stellar. They know exactly where a client should be focused and what’s appropriate for that client,” Adwar said.

For the holiday season alone, DMA has designed and launched several high-profile campaigns, including Taylor Swift for Sony and Heidi Klum for Jordache. It is in the process of activating new business projects for Pamela Love for Nine West and Nicola Formichetti for Skull Candy at Lane Crawford.

Other DMA deals include Tucker for Target in direct to retail; the endorsement deals of Stella McCartney for Procter & Gamble and Rag & Bone for Crown Royal; the separate capsule collections from Vivienne Westwood and Sophie Theallet for Nine West, and the licensing deals for Melania Trump for jewelry and timepieces and Priscilla Presley for jewelry.