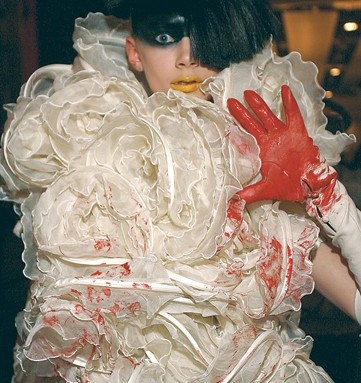 When times get tough, Spanish trade fair organizers get aggressive.

For instance, no sooner did Bread & Butter Barcelona, the Berlin-organized sportswear and contemporary apparel show, bid adios to the Catalan capital this year than the municipal government announced a replacement fair called The Brandery. The new trade event, which also will showcase streetwear and denim, is scheduled for July 7 to 9 in Barcelona’s Montjuïc fairgrounds. It is expected to feature 250 vendors, but to date, organizers have not revealed company names or details.

As the industry knows by now, Bread & Butter snapped up what managing director Karl-Heinz Müller called “an irresistible [and free-of-charge] opportunity” to hold future editions in Berlin’s abandoned Tempelhof airport.

Held once yearly, Barcelona Bridal Week includes Pasarela Gaudí Novias catwalk shows and Noviaespaña, the concurrent trade fair. Upcoming dates are June 9 to 14 in Hall 8 of the Recinto Gran Via fairgrounds. According to organizer Flaqué Internacional, upward of 136 exhibitors representing 200 brands are expected to participate on increased floor space. “We will be adding some new vendors, especially [foreign companies], to stimulate the fair’s international flavor, but there won’t be any dramatic changes,” said a spokeswoman.
Bridal Week’s May 2008 edition drew 12,000 visitors, similar to the previous year.

Runway presentations — 29 are on the docket for this season — feature Spanish manufacturers and designers who are strong in bridal including Rosa Clará (who holds licenses for Karl Lagerfeld and Christian Lacroix) and Victorio & Lucchino.

This year’s retailer presentation, which includes collections by Elie Saab and Valentino, will take place June 13 in the Palau de Congressos de Catalunya, and, according to a spokeswoman, 1,500 buyers are expected to attend.

One of Barcelona’s pluckier trade events is relative newcomer 080 Fashion Barcelona. The runway-only event’s fourth edition, tentatively scheduled for September — dates and location are not yet confirmed — promises unorthodox young fashion by lesser-known designers and a few local stalwarts such as Txell Miras who, in addition to her own label, has designed Neil Barrett’s women’s line for six years.

Meanwhile, Madrid’s fashion-conscious fairs are taking a dive. Industry players blamed the global slowdown and, in particular, Spain’s acute economic problems, such as a 17.4 percent unemployment rate, the European Union’s highest, and diminished industrial output — down 19.6 percent, the steepest drop in 15 years.

SIMM’s next edition — with roughly 500 exhibitors representing 1,000 brands — will be held July 16 to 18 at the Madrid fairgrounds.

In order to boost the fair’s profile, an ambitious promotional campaign has been set up to target more than 52,000 potential buyers, organizers confirmed. This measure, combined with SIMM’s presence at leading international fashion fairs around the world, will help consolidate the Madrid show’s position on the global stage, they added.

Modacalzado + Iberpiel footwear and leather goods show, held March 17 to 19 at the Madrid fairgrounds, drew 9,208 visitors, a drop of 36 percent over March 2008. Foreigners totaled 1,604, down almost 42 percent. In addition, vendors decreased to 293 — or 185 less than last year’s March edition.

The September edition, scheduled to run Sept. 24 to 26, will include an expanded Buyers Program to stimulate retail attention from both domestic and foreign markets, said commercial director Félix Pérez-Fajardo.

Cibeles Madrid Fashion Week’s catwalk shows, which ran Feb. 20 to 24, ballooned to 55 designers —18 more than February 2008 — including a batch of new faces.

Fashion week here doesn’t draw an international crowd. A handful of Mexican retailers were invited by ICEX, export arm of the Ministry of Commerce, along with a smattering of fashion journalists from Eastern Europe, Portugal and Mexico. Cibeles is not a heavily financed event (the official budget is $4.1 million) but for participating designers, it’s a free ride. “All they have to do is bring the clothes — we do the rest,” said director Cuca Solana.

Dates for the next edition are Sept. 18 to 22 in the fairgrounds’ Hall 14. Solana said no major changes are planned.