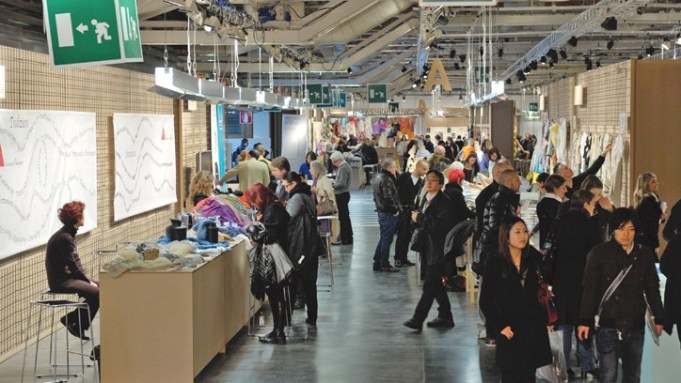 “We are aware that this is a complex moment, but it is our duty to react strongly and not simply fall back,” said Raffaello Napoleone, chief executive officer of Pitti Immagine. “As never before, there is a very dynamic, positive mood and a tangible desire to react.” Napoleone underscored the vitality of men’s wear show Pitti Uomo, running June 16 to 19, where top brands such as Brooks Brothers, Undercover, Malo and Vilebrequin are either making their initial showing or coming back to Pitti after years of absence. The first men’s edition of talent search Who’s on Next is also set to make its debut at Pitti, sponsored by Uomo Vogue and Roman couture association Alta Roma.

Napoleone also said new exhibitors from countries ranging from Argentina to Japan are adding an even more international touch to Pitti Uomo and said a new generation of British designers, including Christopher Kane and Emma Cook, will be showing for the first time at women’s pre-collection show Pitti W, also scheduled June 16 to 19.

“Experimenting” is a priority for Napoleone, who applauded the new textile exhibition Prima Moda Tessuto, running at the same time as yarn show Pitti Filati on July 7 to 9 this year. “This is a way to respond to the market’s difficulties,” he said.

Vincenzo Pagano, director of Pratotrade, which organizes Prima Moda Tessuto, agreed. “It’s a difficult market, which needs new stimuli, and it makes sense to propose a more comprehensive and larger offer, from yarns to fabrics, for the same client at the same time,” said Pagano. Scheduled two months earlier than textile show Milano Unica, Pagano said Prima Moda Tessuto’s dates will be “more useful” to the industry and said the members of the association are still evaluating whether to participate at Unica or not. Prima Moda Tessuto will offer ready-to-go booths which will not weigh on the budgets of exhibitors.

Pier Luigi Loro Piana, president of Milano Unica, said the exhibition will be held a week earlier than last year “to guarantee harmony with other European trade shows.” Loro Piana said he had high hopes for the Sept. 8 to 11 edition of the fair and that exhibitors are investing more than ever in research and innovative collections for a high-end, quality exhibition.

Quality is also a priority for Domenico Girardi, general director of Fiera di Vicenza, which organizes jewelry show Vicenzaoro Choice, running Sept. 12 to 16. “There may be fewer exhibitors, but more quality ones, and fewer visitors, but more focused and less distracted [ones],” said Girardi, pointing to Vicenzaoro as the reference for high-end jewelry production.

Gem World, which in June last year debuted in Rimini, Italy, will be part of Vicenzaoro in the fall. “There is a new spotlight on gems, because they are increasingly fashionable and trendy,” said Girardi.

While Gem World joined Vicenzaoro, beachwear show Mare d’Amare parted ways last year with home linens exhibition Immagine Italia and will stand on its own at the Fortezza da Basso in Florence for the first time. Running July 4 to 6, Mare d’Amare will comprise about 120 exhibitors, ranging from La Perla and Aquascutum to Maryan Mehlhorn, Christies and Jolidon.

Umberto Amato, in charge of press relations, said the show is financially supported by the European community and the Tuscan region — a boost for companies in this difficult economy. Runway shows will be held every day to present spring-summer collections for 2010.

Twinned with Mare di Moda at Cannes, Mare d’Amare is organized by nonprofit company Toscanadamare, which is aiming for a high-end, selective show. “We are focusing on European brands, in an effort to protect copyrighting against counterfeits,” said Amato.

Conversely, new ready to wear show Link.it Bologna, which debuted in January and was organized by M.Seventy, has been suspended.

A new three-day multimedia exhibition centered on denim, called Blue de Genes, will make its debut in Genoa June 4 to 6, and will revolve around conferences and events. “There will not be any exhibitors this year,” said Donata Zaccaria, owner of organizer Skyline public relations, who said this will be a teaser for a more comprehensive expo next year, which will include exhibitors. Agnelli heir Lapo Elkann, head of communication agency Independent Ideas, is no longer backing the new project, which is supported by the city of Genoa and the Liguria region.