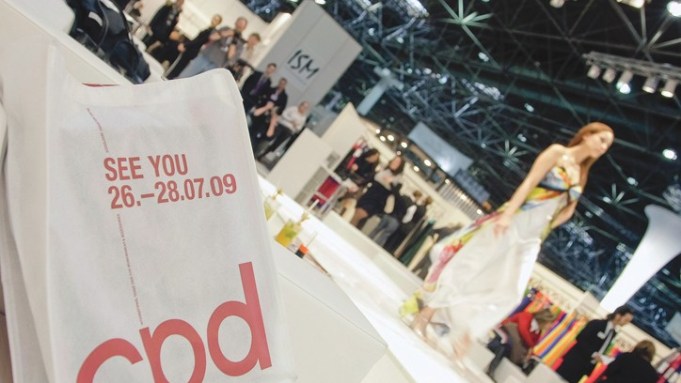 This is going to be a season of new beginnings in the German trade fair sector.

Bread & Butter’s decision to move back to Berlin from Barcelona — and in the super early time slot of July 1 to 3 — set off a wave of change, and not only in the German capital. Established shows throughout Germany are reinventing themselves, seriously adding or subtracting classifications, forging new alliances, revamping their look and presentation and rethinking their timing. New events are also in the works, especially in Berlin, which promises to have its most varied, action-packed and well-attended run ever.

At Bread & Butter’s new digs at Tempelhof airport, the Thirties landmark provides the street- and urbanwear show with eight hangars instead of the previous four halls, 215,000 square feet of enclosed exhibition space and a sprawling airfield for B&B’s well-known outdoor activities. Founder and organizer Karl-Heinz Müller likens the set-up to a huge necklace strung with pearls. This season, he’s pared down the show to around 550 exhibitors from Barcelona’s 800 to provide a stronger, more compact and retail-oriented overview.

Indeed, each of the hangars has been conceived like a store. The “Denim Base” off the arrival hall, for example, will not only offer jeans brands but also tops and accessories collections. The hangars will house Sport & Street, Street Fashion, Fashion Now (each geared to women 16 to 20); Style Society (a more Hollywood approach, with Los Angeles brands, Swarovski and others); Urban Superior Women (more dressed up but still casual); Urban Superior Men; L.O.C.K. (Labels of Common Kin, such as those featured in Müller’s own Berlin store, 14 oz.), plus a hand-picked selection of denim suppliers and finishers at The Source, near the Denim Base.

Müller is expecting 70,000 to 80,000 buyers to attend the three-day show, which will also feature Tempelhof-related exhibits, a pre-opening party with the Swedish band Mando Diao, plus exhibitor parties, shows and events all over town. But the major runway action, he said, will be left in the hands of IMG, organizers of Mercedes-Benz Fashion Week Berlin.

As reported, MBFWB and Premium moved their slots to overlap with B&B. “Considering the dates, the economy and such, we expect to have a full schedule with about the same number of shows as previous seasons,” said Zach Eichman, IMG vice president, global marketing and communications. There were more than 20 official Fashion Week shows last season, and Boss Orange, Escada, Michalsky, Schumacher, Custo Barcelona, Gant, Scherer Gonzalez, Guido Maria Kretschmer, Smeilinener, Lena Hoschek and Mongrels in Common have already confirmed their participation this coming season.

The Premium team is bullish about next season and is forecasting a tripling of attendance to about 45,000. Given space limitations, the number of exhibitors will remain at about 900, but the halls are being reorganized and revamped for a clearer focus on premium product groups.

The breakdown will now include areas for progressive fashion; women; denim; sportswear; green lifestyle; casual; men; SEEK (young urbanwear); Gästezimmer, or Guestroom, for high end women’s wear; accessories, and web.mobile, a new area incorporating all aspects of fashion presentation on the net, from design to applications and shopping clubs like Brands for Friends. Symposiums are also being planned, to be experienced this season as podcasts.

“We thought the timing would be difficult for women’s, but the demand’s been incredible. We’ll have many collections that haven’t been in Berlin for a long time or ever,” said Premium co-founder and co-director Anita Tillmann. “It’s been all considerably easier than we thought.”

Spirit of Fashion, the trade show serving the goth, rockabilly and rock ’n’ roll fashion segment, is back in Berlin from July 2 to 4. Two new intimate apparel shows with a concept-store flair will also be calling Berlin home. The Exalis Agency, based in Berlin, Cologne and Moscow, is launching Boudoir July 1 to 2 at Delight Studios, while London’s Ocean Media Group is organizing 5elements.berlin. The show for lingerie, nightwear, beach- and swimwear, wellness- and yogawear, cosmetics and up-and-coming designers will reside in the Palais am Funkturm July 1 to 3. Fifteen to 20 designers in the green fashion scene are also staging a new platform, Greenshowroom, at the five-star Adlon Hotel July 1 to 4.

As for CPD, Germany’s oldest fashion fair and once its largest, the Düsseldorf show is going back to its women’s wear roots for its next edition July 26 to 28. “Our core competence is definitely women’s wear and the same goes for Düsseldorf,” said Mirjam Dietz, the newly named executive director of fashion for the show’s organizers, The Igedo Company. “Of course, men’s wear and sportswear will be here in the Düsseldorf showrooms, but the main attribute of CPD will be chic, stylish women’s wear,” including accessories and intimate apparel.

The midmarket is CPD’s main playing field, but higher-end ranges will also be on hand in its successful Gallery section, as well as via alliances with the Italian fashion association EMI and the newly announced cooperation with the organizers of Munich Fashion Woman. Under the name Impulse, 40 to 60 domestic and foreign designer and progressive women’s wear brands will exhibit parallel to CPD and be shown in a separate location on the fairgrounds. The ordering event Munich Fashion Woman will be held two weeks later at the MOC in Munich.

In Cologne, the two-year-old jeans fair JAM, which featured 370 brands last season, is adding men’s wear to its portfolio this July 24 to 26, thus bringing the German men’s industry back to its old home town. In Frankfurt, Bright, the young trade show for streetwear, sneakers and board sports, is trimming its run to two days, July 11 and 12.