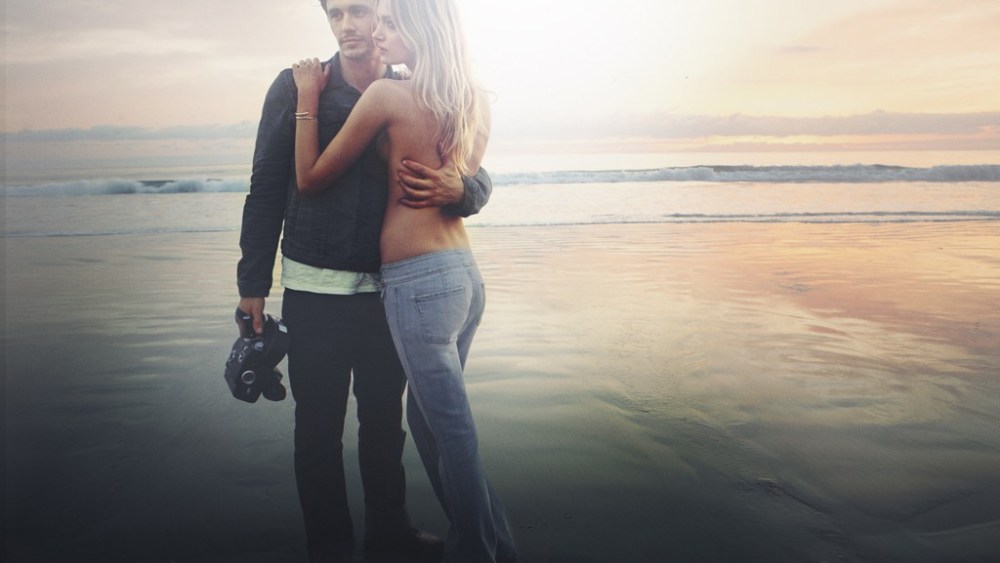 James Franco’s directorial debut as an ad man will break on YouTube on Feb. 15, when Seven For All Mankind launches its dedicated channel for its spring campaign. Video vignettes lensed by Franco will go up weekly through the spring, with each about two to three minutes in length and culled from hours of footage shot by the actor-director-artist-Yale Ph.D. student. In total, 10 episodes will go up at Youtube.com/7forallmankindjeans.

“The videos have a vintage feel to them. They feel like they are from a different era, which I think really fits with the new line that Seven had in the shoot — a lot of cool denim tops and jeans,” said Franco in a phone interview from West Virginia, where he was behind the camera on his latest project, a film version of “Child of God,” based on the Cormac McCarthy novel.

Watch an Advance Trailer, as Well as Behind-the-Scenes Footage, Here >>

“The look of the film and the clothes feels very Seventies,” added Franco of the Seven shoot. “We shot right on the beach and drove up the PCH [Pacific Coast Highway], so I guess you could say it’s a vintage 1970’s California dreamy feel. The movies that I cut together have a lot of weird double exposures and super- imposed images over other images, so it’s a real, I guess you could say, trip.”

Franco has cut together several versions of the film, titled “The Death of Natalie Wood,” including one that clocks in at over three hours. He plans to screen the extended version in May at an art installation called “Rebel,” which he is cocurating at the Museum of Contemporary Art in Los Angeles. The show is centered on works inspired by the Fifties movie “Rebel Without a Cause”— which starred Natalie Wood and James Dean — and features contributions from Ed Ruscha, Paul McCarthy, Damon McCarthy, Aaron Young and Harmony Korine.

Franco has a long-standing interest in the movie, having once played Dean and directed a biographical movie about Sal Mineo, who played a supporting role in the movie. “Part of me wanted to fill it out and do a tribute to Natalie Wood, as well,” said Franco, explaining the title of his Seven film, whose plot line revolves around a group of young friends coming together to celebrate a birthday party.

“There is a narrative and everything was story-lined, but it’s also spontaneous and improvised,” said David Lipman, chairman and chief creative officer of Lipman, the New York-based agency helming the campaign. “There are some dark moments — there’s a vampire in there — and it’s a bit of a twisted story. But it ends in a wink and a smile and a laugh. It will shock and surprise you, but not in a Lars von Trier kind of way. It’s sexy, alive, mad, hilarious and wacky.”

Along with the film and video episodes, a print campaign will break in March magazines, including Vogue, Vanity Fair, Elle, InStyle, W, V, Marie Claire, GQ, Details and Nylon. Lipman created 17 different layouts, incorporating a panoply of shots from the film shoot, and every magazine will run a unique layout.

“It is critical in today’s world to create a body of work that can stand across digital, print and social media,” explained Barry Miguel, president of Seven For All Mankind, a unit of VF Corp. “We wanted to tell the story of this great, aspirational, modern, cool California brand. This campaign is about a group of people who embody that creativity.”

The film and campaign were shot the weekend of Dec. 9 to 11 in Santa Monica, Calif. and filmed inside a rented house, its pool and garden areas, a nearby beach and on the Pacific Coast Highway.

Franco and a group of photographers shot scenes with a wide range of moving and still cameras, including 76mm, 35mm, 16mm, Super-8, Polaroid and digital in order to capture a range of different effects for the film and print campaign. Franco himself makes an appearance in the film but does not appear in any of the print ads.

Styled by Alex White, the cast wore Seven For All Mankind throughout the shoot, but there are no direct references to the brand in the videos, except for a logo that appears at the end. “Seven is embedded in the concept of the film. It’s not a billboard for Seven — rather the cast is living the life of Seven,” explained Lipman.

The avoidance of commerciality in the spots suited Franco’s vision. “They came to me because they wanted to get away from that,” said the director. “We always knew that there would be print ads and videos but we could go about getting those things in a way that was very unconventional and shoot it like an art film.”

Seven For All Mankind has upped its ad budget for the season. “We’ve maintained the print buy and added in the whole digital component so the overall spend is bigger,” said Miguel.

For the nine months through Sept. 30, Seven For All Mankind spent $4.1 million on advertising, according to Kantar Media figures.

As part of the new campaign, Lipman redesigned the Seven For All Mankind logo. “It wasn’t very premium, it was childish. We made the ‘7’ beautiful and sensual,” said Lipman of the updated logo, giving credit to Ryan Jones at his agency for the logo treatment.

Franco, Lipman and Miguel have plans to work together on the fall Seven For All Mankind campaign. Franco, who has appeared in Gucci fragrance and tailored clothing ads, said he is also in talks to direct something for that brand, as well.