Actress and dancer Jenna Dewan Tatum is Danskin's newest brand ambassador, appearing as the face — and body — of its fall ad campaign. 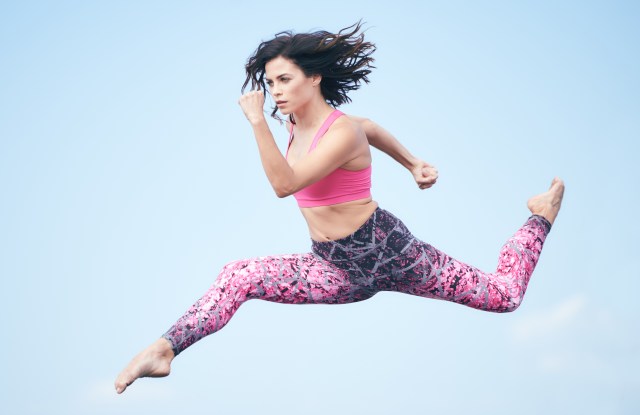 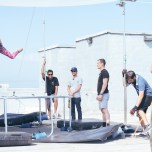 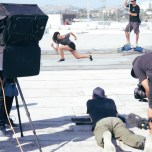 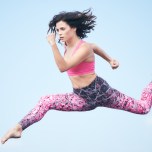 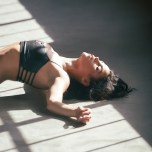 Danskin has decided to step it up by signing actress and dancer Jenna Dewan Tatum as its latest spokeswoman. The 125-year-old dance label, owned by Iconix Brand Group Inc. since 2007, is in the midst of a brand reimagining that couldn’t come at a better time.

Women’s brands account for 40 percent of Iconix’s total revenue (its first quarter revenue was reported at $94.6 million, with 2016 full-year projections of $370-$390 million), and Danskin is its strongest performer.

The current pop culture mania for all things dance — from reality shows to feature films to fashion — leaves Danskin poised to capture even more of a market that’s seeing activewear and ath-leisure brands such as Fabletics and Athleta flourish.

Dewan Tatum is also reaching a new peak in her young career. The 35-year-old, who began her professional career as a backup dancer for Janet Jackson, shot to fame as the star of the 2006 dance movie “Step Up,” where she met her husband Channing Tatum. They now each have their own production company, and together are producing a scripted “Step Up” series for YouTube Red and a reality dance competition show for NBC, for which Dewan Tatum will be a judge and mentor.

On a recent scorching day in downtown Los Angeles, she was the star of Danskin’s production. (Its first campaign featuring her image is set to launch in October magazines including Teen Vogue, Harper’s Bazaar, Self, Glamour and InStyle.) Dewan Tatum is working up an honest sweat on the rooftop of an industrial loft building in the Arts District. Wearing a pair of black Spandex shorts, a hot pink sports bra and a grey off-the-shoulder crop top, she repeatedly jumps up and lands in a cross-legged lunge position as photographer Carlos Serrao tries to capture the moment just so.

“Thank god for the wind machine,” she laughs, as she does it again, making adjustments called out by a fellow dancer/photo coach from the sidelines. Earlier in the day, she bounced four feet in the air on a giant trampoline wearing pink supplex leggings and a tank top, the city skyline visible through the smog and wildfire smoke behind her.

The last set up, featuring a black two-piece dance outfit, takes place inside a room with exposed brick walls and large windows casting shadows on the wooden floor. Smoke and dust pumped into the sun-filled space gave the set a gritty feel, reminiscent of “Flashdance.” Afer Dewan Tatum performed some seriously slinky moves on the floor, she couldn’t help but break into a grin between takes, and high-fived the crew as the shoot wrapped.

“Most photo shoots are a beautiful dress, a natural location and poses. Because I am a dancer, they were like, ‘We want you to dance and leap and twirl and bring out all your technical dancing from way back in the day.’ I felt really free and had a blast.”

The campaign, the brand’s first big push since 2013, was styled by Dewan Tatum’s friend and longtime stylist Brad Goreski, while Jen Atkin did her tresses. Gone were the black leotards and pink leg warmers. On display was a range of active apparel, dancewear, bodywear, loungewear and sports bras ranging from $20 to $54 retail. (Danskin also makes shapewear, sleepwear and fitness equipment.) Among the key items are motivational graphic text T-shirts; strappy back detail bodysuits that double as streetwear; leggings in fashion colors and prints, and French terry layering items such as asymmetric wraps and cardigans, all of which sell at danskin.com, Urban Outfitters, Lord & Taylor, Amazon and specialty stores. The brand also has a sizable kids business in Wal-Mart.

“Jenna is such a good fit as we reposition the brand. We love that she represents the new mom, with a young daughter, and she’s a dancer with a busy life,” said Carolyn D’Angelo, Iconix’s executive vice president of brand management and marketing services. “Danskin is a heritage brand with huge potential, and we haven’t really maximized it. We decided it was time to put effort behind what it truly represented: first dance and children’s dance — we want to capture the mom and her daughter because we have a very big business for young girls — but also expand on a strong casual, lounge and ath-leisure business.”

While many brands are on the hunt for “authentic” celebrity spokesmodels and ambassadors, Dewan Tatum is about as real as it gets. “I started dancing at age five. My first leotard was a black Danskin,” she said. “When this call came around, it was the fastest yes I’ve ever given. I always wish I could be dancing more, so I look at this photo shoot, where I’m able to bring my dance background to it, as more fun. I’m more comfortable and I feel confident. It reminds me of my youth and what I loved to do.”

The timing of this deal and her “Step Up” series was also ideal. If the viral YouTube video she and her husband posted re-creating their rooftop dance scene from the movie was any indication, it should be a hit. “I’m like, ‘What, that movie was 10 years ago?’ We keep saying we are going to force feed “Step Up” to [daughter] Everly. Like, ‘You have to watch. You have to see where you came from.”

Dewan Tatum said her three-year-old daughter has started dance class, but she’s not quite ready for the structure yet. “She’s a very free-spirited little kid. She likes to run around and do her own thing. But she loves a tutu and she will put on three or four and go around the house and do little shake moves, so she will be thrilled with these Danskin tutus [gifted by the brand] when I go home,” she said.

But don’t expect to see Everly in print any time soon. “She came to a photo shoot with me and the photographer took a picture of us outside. She let me know that night that she did not like that. She said, ‘Mommy I’ll go to your photo shoot tomorrow, but I do not want my picture taken.’ I’m like, ‘Understood. I hear your words. Got it.’”

Dewan Tatum calls her everyday style “quite boho. I wear a lot of dresses and skirts and more ethereal hippie clothes for the day.” For red carpet, she tends to want to go overboard. “They’re like, ‘A little less eyeliner and sparkle,’ and I’m like, ‘Why? Once a dancer always a dancer.’”

She’ll have more time to dress up once her reality dance show hits the airwaves. “It’s going to be more of a variety entertainment show,” she said. “It’s fun discovering new incredible dance talent, but as well as being one hell of a show every week, it will be super fun. We love dancers and we want to make sure we are shining the light on these fresh talents, and also bringing the element of fun and surprise and celebrity guests and all those things that people love to watch.”

As for why dance is so popular right now, Dewan Tatum noted, “Dance is a universal language and whether you know how to dance or grew up training in dance, you have a respect for people who love to dance and it’s also visually very entertaining to watch a great dancer. I think it lights you up in a way that is something everyone connects with.”

She said a lot has changed since when she first tried to break into Hollywood. “When I started out in this business dance was not at the height it is now. It was almost like, you’re either a dancer or an actress. Because of shows like ‘So You Think You Can Dance’ and ‘Dancing With the Stars’ a lot of artists are embracing dance and the platform has been raised so high that we are able to really bring dance to an elevated place where more eyes are on it and they are expecting it.”