The endorsement marks the first deal with a fashion brand for Lin, and a new start for the brand to engage with the Chinese audience.

Jeremy Lin is the new face of Coach's men's business.

“In 11 years as a pro, I have never ever done high-end fashion, but when presented with the chance to join the Coach family, I had to jump on it. Classy, refined, relational, dream-oriented and philanthropic. I’m ready to go into unchartered territory. Looking forward to collaborating with creative director Stuart Vevers. I promise you guys, we’re definitely gonna inspire and give back,” Lin said on Instagram.

“I am very happy that Jeremy Lin is joining the coaching family,” Vevers said. “I appreciate his confident and cheerful personal style, and I also admire his faith in his career. His positive spirit has inspired a new generation of young people to realize their dreams, and I look forward to more collaborations in the future.”

Yann Bozec, president and chief executive officer of Coach China, told WWD that, “I remember Boston Consulting published a report pointing out that male customers are more concerned with brand ideology and tend to trust persuasive brands. After identifying with the brand, they will become a loyal consumer. We hope, through this collaboration, to pass on Coach’s courageous, tenacious and dream-catching spirit to the vast number of Chinese consumers.”

Bozec appears to be a fan of “Linsanity.” He was deeply touched by an article about Lin’s interaction with students in a basketball training camp from years ago. 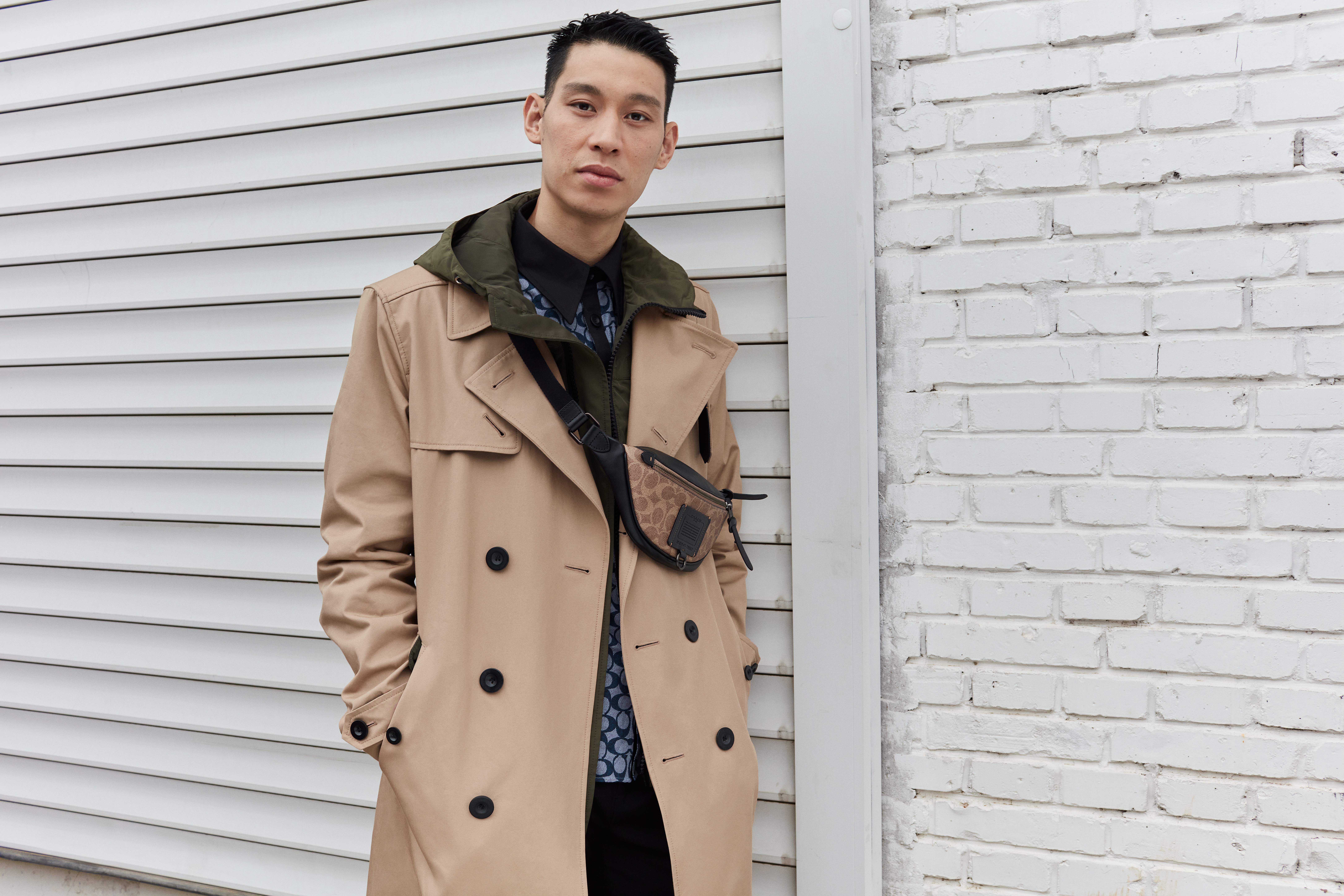 “Lin said that he didn’t come to high-five with the students, but wanted to show his best self in front of them, hoping to inspire more young people. This touched me very much — the power to give back to society, and actively participate in public welfare to convey warmth, which is highly consistent with Coach’s value of ‘love,'” he said.

The collaboration marks the first endorsement deal with a fashion brand for a player with the Beijing Ducks, part of the Chinese Basketball Association. It also marks a new start for the Tapestry Inc. brand to engage with the Chinese audience after former China ambassadors Liu Wen, China’s most high-profile model, and actress Guan Xiaotong publicly distanced themselves from the brand last year for listing Taiwan and Hong Kong as not a part of China on one T-shirt.

Coach quickly put out a statement within two hours apologizing for the “huge” oversight and promised an internal review for its product designs and web site.

“Coach is committed to long-term development in China, respects the feelings of the Chinese people, and sincerely accepts the supervision and correction of the vast number of consumers. We will continue to provide quality products and services to Chinese customers,” the brand wrote.