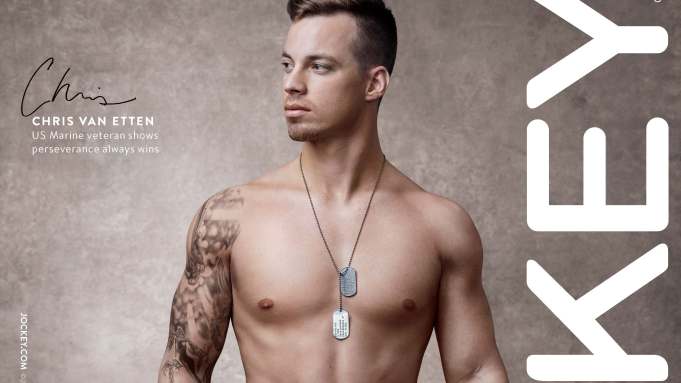 Titled, “Show ’Em What’s Underneath,” the initiative features Chris Van Etten, a U.S. Marine veteran, Lisa Cusimano, a firefighter, and Michael Cottone, an adoptive father. In short video clips Van Etten, who lost both of his legs during an explosion in Afghanistan, talks about the power of perseverance, Cusimano explains what it’s like being a female first responder, and Cottone discusses the power of adoption.

“We really wanted to launch a brand campaign that would have a nice halo effect for Jockey,” said Matthew Waller, senior manager of corporate communications and brand partnerships at Jockey. “The everyday heroes are relatable and people can understand where they are coming from. We think it’s powerful. It’s engaging. People will be captivated by it.”

The campaign was developed by marketing partner Pure Growth Consulting and will be featured in national magazines including People, Glamour and Outside, along with Jockey retailers and local advertising platforms. On the digital side, Jockey is distributing the campaign on social media platforms and encouraging people to engage in the conversation by using the #ShowEm hashtag.

Although Jockey has used real models in the past, as of late brands such as Dove+Men Care, Aerie and Axe are relying less on traditional models and more on relatable subjects with heart-warming or humorous stories. See videos from the campaign below.