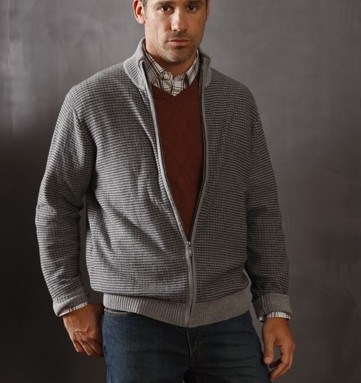 JA Apparel Corp. has signed a multiyear promotional partnership deal with the National Basketball Association in support of the September launch of its Joe Joseph Abboud label exclusively at J.C. Penney. The deal runs through 2011.

Joe, a collection of sportwear, tailored clothing, furnishings, outerwear and footwear, will be sold in around 600 of Penney’s 1,101 doors and will bolster the retailer’s assortment in men’s sportswear.

Marty Staff, president and chief executive officer of JA Apparel, said his company has had a relationship with athletes and sports announcers for over 20 years. JA has endorsement deals with both the NBA and National Football League to dress their coaches in its flagship Joseph Abboud brand. This new deal, which will include in-store appearances by NBA players past and present as well as consumer-based retail promotions, will center on the Joe label. “From September and through 2010, there’s close to a $10 million marketing budget devoted to the Joe brand,” Staff said.

He added: “My company is not metrosexual. [The brand] works in Dallas, Paramus, Sacramento — places where people live. Men like sports and while they deny that they’re affected by what athletes wear, psychographically we know that’s not true. J.C. Penney has over 1,100 stores throughout America [and really targets the everyday man]. And athletes are the best endorsers for the brand.”

On Monday, the promotional juggernaut will kick off with an event at the “cage,” a renowned street basketball court on West Third Street and Sixth Avenue in New York City where NFL and NBA players including the Jets’ Bobby Simmons and the Knicks’ Nate Robinson, and projected 2009 number-one draft pick Blake Griffin, will be joined by veterans such as Allan Houston and Cal Ramsey to introduce the line to customers. “The cage has never been used by a company before,” Staff said. “But the Parks Department is allowing us to close it off for the launch event. We’re going to have music, vignettes of the clothes and about 15 basketball players there.”

When the product hits Penney’s stores in September, Staff said JA will take the Larry O’Brien Championship Trophy to around 30 Penney’s stores around the country. In-store appearances by current and former players are also part of the deal, Staff said.

At the NBA All-Star Game, slated to be held at the new Dallas Cowboys football stadium in Dallas in February 2010, JA will hold a fashion show and the line will be advertised throughout the venue, Staff said. The brand will also be showcased at the NBA Draft in June and the NBA Summer League in July. The brand will also work with NBA draftees during the Rookie Transition Program.