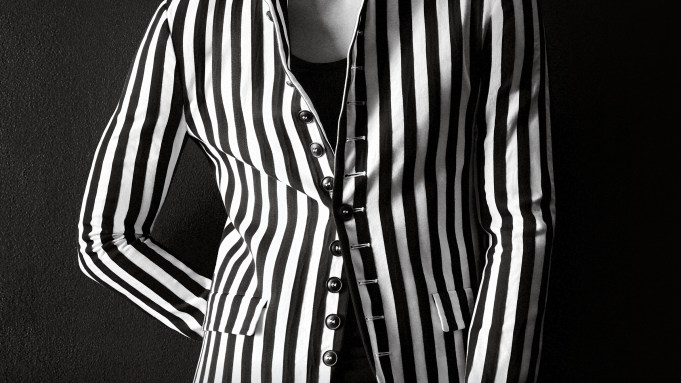 John Varvatos is moving in a new direction for his advertising campaign — sort of.

The designer has opted against using a recognizable rock ‘n’ roller for his spring ads, opting for a more-generic version instead.

So no KISS, no Ringo Starr, no Iggy Pop. Instead, he will dress a regular male model, in this case Sid Ellisdon, in key pieces from the collection. The tag line will be “Rock is Dead. Long Live Rock,” a similar sensibility to the fun house he created for his fall men’s show during New York Fashion Week: Men’s last week where that line was written in “blood” on the walls of the store.

“Rock extends beyond a genre or a moment and embodies a lifestyle unlike any other,” Varvatos said. “With the new campaign, the message we’re communicating is: we salute individuality, authenticity, freedom and rebellion. Achieve greatness in your own way.”

While the thrust may have changed, the ads are still being produced by Yard and its chief creative director Stephen Niedzwiecki. They were shot by fashion photographer Billy Kidd. For the last 10 years, the campaign was shot by Danny Clinch.

The ads will launch Sunday in print publications and outdoors as well as the company’s Web site and social media sites.