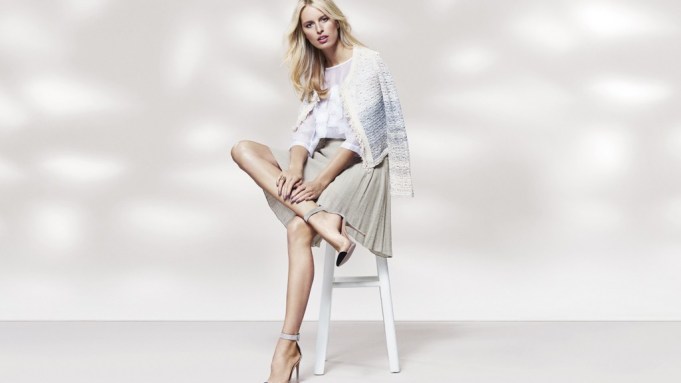 NIC + ZOE CHOOSE KURKOVA: Nic + Zoe, the Boston-based knitwear firm, has teamed with Air Paris once again for their spring campaign. This time they selected Karolina Kurkova to appear in the ads, which were photographed by Dusan Reljin and styled by Sarah Gore Reeves.

Under creative director Klitos Teklos, the campaign was designed to capture the textures and patterns of the knitwear in a soft spring and summer palette.  Ads will break in the March issues of Harper’s Bazaar, InStyle and Town & Country. The company will also launch Instagram video clips featuring Kurkova this month. The video clips will also be seen in-store at the company’s Boston flagship in the Prudential Center.

This month, Nic + Zoe will be launched at bloomingdales.com  and in-store at eight doors, including the 59th Street flagship. The spring ad budget is even to a year ago, said a spokeswoman.