Kate Moss in Nothing But a St. Tropez Tan

The model has become the self-tanning brand’s first-ever face — and body — for its debut global ad campaign that launches today.

By Samantha Conti on May 9, 2013
View Slideshow 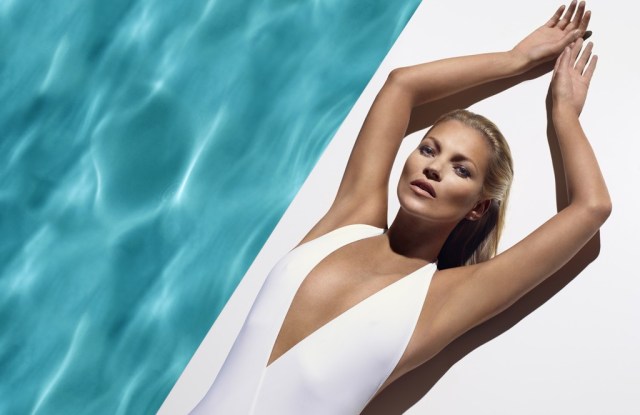 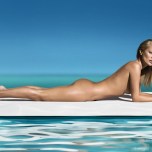 LONDON — Kate Moss is all aglow, thanks to St. Tropez.

The model has become the self-tanning brand’s first-ever face — and body — for its debut global ad campaign that launches today.

The deal is for two years and marks a milestone for the British-owned brand, which is notching more than $100 million in worldwide retail sales, and double-digit increases across its 18 markets.

Sølve Sundsbø shot Moss — who’s wearing nothing but her St. Tropez tan — in a north London studio. The $4 million campaign, whose tag line is “The Ultimate Tan,” was styled by Katy England, with hair and makeup by Sam McKnight and Val Garland. Nichola Joss did the tanning for St. Tropez.

“Kate’s a girl’s girl who is recognized as cool. She resonates with customers worldwide,” said Michelle Feeney, chief executive officer of PZ Cussons Beauty, a division of the publicly quoted personal care company.

One of the big messages the company wants to telegraph is that St. Tropez is more about healthy skin care and enhancement — rather than the pursuit of unnaturally dark color.

“It works on all skin tones, has antiaging properties and it’s safe to use,” said Feeney, adding that the bad smell once associated with self-tanning products is gone forever thanks to advances in technology.

Moss said she was excited to be working with St. Tropez: “I’ve been using the products since they started, and it’s really a trustworthy, cool brand.”

Moss, who turns 40 in January, shows no signs of slowing down in the great race for fashion and beauty ad campaigns. Her spring campaigns include Rimmel, with which she has a contract for lips and eyes and does a lip collection; Kérastase, which was also shot by Sundsbø; Givenchy; Versace; Stuart Weitzman; Rag & Bone, and Vivienne Westwood.

The ads will break in the July issues of titles including W, Allure and Cosmopolitan in the U.K. and the U.S.; Teen Vogue, British Vogue, Grazia, Elle U.K. and the free London fashion magazine Stylist. It will appear across all platforms, including print, digital and point of sale.

In North America, St. Tropez is sold through stores including Sephora, Sephora at J.C. Penney, Lord & Taylor, The Bay in Canada, QVC and Ulta Beauty, according to Maggie Ciafardini, PZ Cussons Beauty’s managing director for the Americas.

The business is turning over $30 million annually in America and has more than doubled between 2011 and 2012. Ciafardini said that business in the U.S. will top $50 million by the end of 2015.

“My goal is to tan every single person in North America,” she said during a joint interview with Feeney at the company’s head office in Covent Garden.

She’s certainly making rapid progress: Over the past four weeks, the number-one skin-care stockkeeping unit at Sephora at J.C. Penney has been St. Tropez’s self-tan mousse, which, according to the company, is best applied with an applicator mitt and gives a bronze glow.

In the U.S. market, about 58 percent of St. Tropez sales are made in the spring, with the remaining 42 percent in the fall.

Ciafardini added that, in the U.S., the Los Angeles market has been the most responsive so far. “They see it more as ‘skin finishing,’ a way to get a luminous glow.”

In the U.K. market, which generates about 30 million pounds, or $46.5 million at current exchange, in annual sales, St. Tropez has recently begun selling at 700 Tesco supermarkets, with retail sales projected at 4 million pounds, or $6.2 million, in year one.

It also sells at Superdrug and Boots and is stocked at department stores such as Selfridges, where it operates a spray tan booth at the store’s new Beauty Workshop.

Worldwide, the aim is for 20 to 25 percent growth year-on-year, said Feeney, and the next goal is Latin America, where St. Tropez has already begun making inroads through Sephora outlets in Brazil and Mexico.