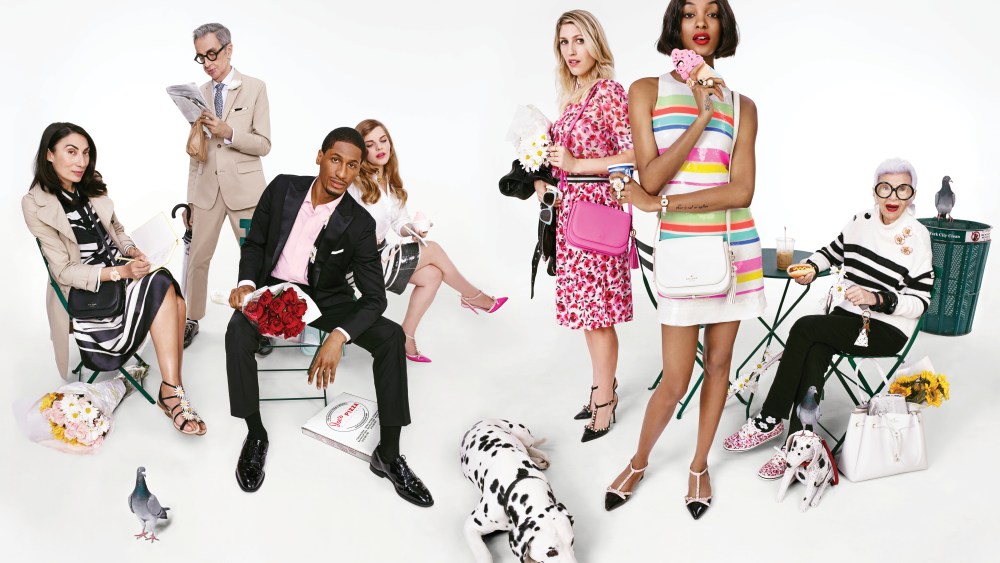 Shot by Emma Summerton, the ads reflect “iconic, everyday moments in New York life,” said Kristen Naiman, vice president of brand creative at Kate Spade. “It’s imagining the first blush of spring, with the tag line: ‘Springtime in New York is ——‘: and the characters fill in the blanks. For example, Apfel says, “eating lunch on a park bench,” while Sciortino says, “kissing and iced coffee.”

The campaign highlights fashion and accessories from the core Kate Spade New York collection, as well as the recently launched Broome Street label and the luxe Madison Avenue label.

In photographing the campaign, Summerton takes a shortcut through the flower district in front of a local bodega, showing bursts of roses and daisies, a theme evident in Lloyd’s spring presentation.

Ads will appear in the March issues of such magazines as Elle, Vogue, Vanity Fair, Glamour, W, Harper’s Bazaar and New York magazine, as well as on digital channels. The advertising budget is even to a year ago.