The company launched its “Parasols of Protection” installation in Madison Square Park on Friday. 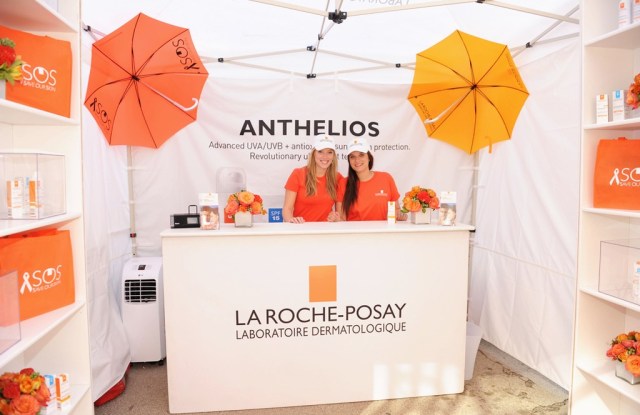 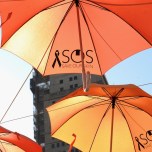 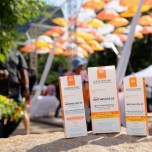 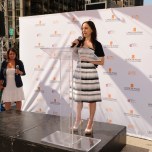 A number of orange, yellow and white parasols perched above those in attendance, underscoring the mission of the event, to promote the brand’s public awareness campaign for skin cancer, SOS — Save Our Skin.

Under the shade of the umbrellas, La Roche-Posay’s vice president, Angela Bennett, and dermatologists from the Women’s Dermatologic Society, a partner of the campaign, spoke about sun safety tips and the importance of protecting our skin.

“We have to adopt four commitments,” said Bennett. “It’s about wearing the right amount of sunscreen and reapplying every two hours. It’s about seeking shade from 10 a.m. to 2 p.m., and about getting annual skin checks.”

Dr. Kavita Mariwalla from the Women’s Dermatologic Society added, “One in five Americans get skin cancer, and one dies of melanoma each hour.”

According to Bennett, the campaign has performed thousands of free skin cancer screenings and has detected several melanomas. They are also partnered with the New York Yankees and perform free screenings at Yankee Stadium on game days.

Yankee starting player Brett Gardner was scheduled to make an appearance later in the day.
Bennett explained that the SOS campaign is based on La Roche-Posay’s awareness campaign, My Skin Check, launched in France in 2009.

“SOS is a natural part of what it means to bring [the brand] to another country,” she said, adding that the campaign has since been launched in several countries worldwide.

The event, which runs until Saturday evening, offers free on-site cancer screenings provided by the Women’s Dermatologic Society, as well as a La Roche-Posay pop-up store with products from their sunscreen line, Anthelios, available for purchase. Additionally, about 10,000 Anthelios product samples are being distributed, 5,000 each day.

“Americans are responding incredibly well to what the brand stands for, to its quality of life perspective,” said Bennett. “[Americans] see dermatologists as the ultimate skin authority. That’s why the brand fits so well.”

In fact, Bennett shared that the brand sells more Anthelios products Stateside than anywhere else internationally.

Since its addition of a 50 Tinted Mineral Ultra Light Sunscreen Fluid for body last month, the line now includes 13 stockkeeping units in the U.S.

Though nothing is currently in the works for Anthelios, Bennett revealed that La Roche-Posay is coming out with a new antiaging retinol product, Redermic RI.