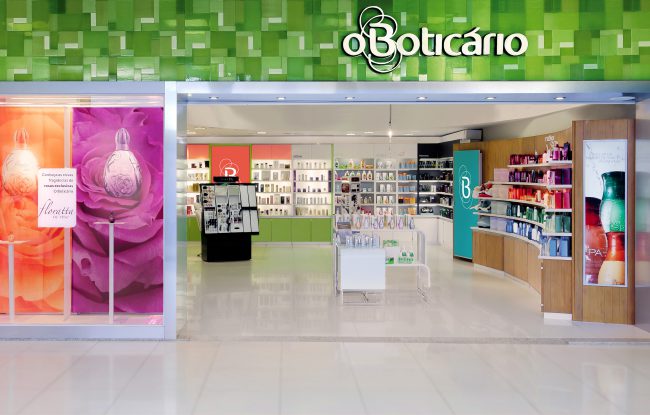 MEXICO CITY — Latin America’s beauty industry will grow 3.5 percent to just over $60 billion this year as Brazil’s stinging recession and slowing economies in Colombia and Chile cut into consumption, according to market analysts.

“The whole region is suffering from the economic impact of lower commodity prices, volatile currencies and Brazil’s problems,” said Ariel Saiz, executive director of the regional trade lobby Casic. “From Mexico to the Patagonia, consumers are trading down and seeking affordable products.”

The forecast compares with a 4 percent gain in 2015 when Latin America’s economy began slowing, hurting beauty sales, which had previously grown at a 6 to 8 percent average annual rate.

Saiz expects sales will decline in Brazil and grow around 2 percent in Mexico and Colombia, where beauty was flying high before falling oil prices hit their economies in 2014. In contrast, Bolivia, Paraguay and Peru should grow around 5 percent each amid stronger GDP forecasts and more nascent beauty markets.

To survive the downturn, brands are boosting discounts and promotions including the popular two-for-one combo offers. Aware of the allure of lower-priced cosmetics, luxury labels are snapping up discounter rivals. A case in point is Coty’s $1 billion acquisition of Hypermarcas last November and L’Oréal’s 2014 acquisition of hair group Niely Cosmeticos, observers said. There are also opportunistic acquisitions with Spain’s Puig said to be in talks to buy up to 30 percent in high-end Brazilian beauty maker Grupo Granado for about $300 million.

Brazil’s deep recession has taken the shine off the beauty sector, the world’s third-largest. Sales are forecast to shrink 1 percent to around 99 billion reals, or $30 billion at current exchange, this year, matching a similar decline in 2015, said Daniel Oliveira, international markets director at the top trade lobby Abihpec.

The luxury and masstige segments have been clobbered, he said, as consumers seek cheaper products and focus on more essential personal-care items. Consequently, the mass-market segment has faired better, with low-priced shampoo, face and body creams and hair treatments leading sales.

The market’s decline has hurt top Brazilian  beauty brands Natura and O’Boticário’s profits, Oliveira said, adding that the firms are deepening discounts and increasing marketing spending to survive the worst recession in over a century. They are also launching brand extensions and new products to appeal to cash-squeezed consumers.

Brazil’s beauty exports will also decline 10 percent to around $700 million this year, according to Oliveira, extending a slump that have seen them decline from $842 million in 2012.

“We don’t compare ourselves to the entire sector,” said da Silva, setting the firm apart from Abhipec’s much more optimistic forecasts, which scope the industry more widely.

Da Silva said O’Boticário is on track to open 35 to 40 stores for the group’s four brands Boticário, Beauty Box, Eudora and Quem Disse, Berenice, boosting its count to 4,040.

He declined to detail any competitive strategies to help the company allegedly stay ahead of the curve. He also declined to provide profit figures but said the firm will not lose money this year.

Mexico is also slowing – though not as much as Brazil. In 2016, sales are forecast to gain 3.7 percent to 112 billion pesos or $6 billion at current exchange, though that’s down from a 5.5 percent hike last year, said Giselle Segovia, institutional relations director at top trade lobbying firm Canipec.

Like in Brazil, she said Mexico’s sliding peso and rising taxes have prompted consumers to trade down and buy fewer items. Unlike Brazil, Mexico’s economy is set to expand up to 3.2 percent this year while the country’s political environment is much more stable.

Canipec will work to boost beauty exports in 2016 which Segovia said are already set to outstrip $1.2 billion sold to foreign markets last year.

“From January to April, we have accumulated $1.14 billion,” said Segovia, adding that local and international brands are stepping up shampoo, shaving lotions and oral-care sales to the top market the U.S. (home to 50 percent of exports) and South America. She said many Mexican firms, notably Laboratorios Azteca and Fermet, are working to grow in the international arena.

Segovia said Canipec is hammering out a strategy to ramp up sales to Mexico’s Pacific Alliance partners Colombia, Peru and Chile and is looking at how it can increase trade under the Trans-Pacific Partnership.

Canipec is also set to launch its first social-media marketing campaign in August, Segovia said. Dubbed Beauty and Health, the effort will run on Facebook, Twitter, Instagram and other digital platforms and will reach millions, particularly Mexico’s Millennial and young population. It will aim to inform consumers about different products, their ingredients and how to best use them.

“We want people to know how to use different products and their benefits,” Segovia said. “ For example, we can tell them that a particular product is not just good for their beauty and self-esteem but also for their health or inform them what shampoo or conditioner is best for their hair type.”

In Colombia, the unwinding of prestige perfumery chain La Riviera is making news. This is because the Panamanian-owned chain is expected to shutter hundreds of shops there as part of a plan to shrink its business in the region, where it is also expected to close a smaller amount of shops in Panama and Central America. A stinging U.S. money laundering probe against the Waked ownership family, which also holds diverse apparel retail interests, has hit the firm which has denied any wrongdoing but has remained largely silent about the ordeal. La Riviera did not return several messages seeking comment.

In Colombia, the industry is set to grow 3 percent to $4.2 billion, up from a flat 2015,  hurt by falling exports to key markets of Venezuela and Ecuador.

“We started the year with a pessimistic forecast but have seen sales pick up since April,” said Juan Carlos Castro, head of the beauty division of  Andi, the industry chamber organization. “The markets are calmer and the currency has stabilized.”

He said high-end beauty sales will remain pressured as Colombians have joined their Mexican and Brazilian peers to favoring low-priced products.

Castro added that exports will also remain subdued, particularly as Ecuador, once a growing market, has increased import duties and other protectionist measures. Trade with crisis-hit Venezuela, where Colombia used to ship many of its exports, has also faltered.

Despite this, Colombians per-capita beauty consumption has surged to $80 versus $49 a few years ago, Castro said, adding that the men’s category is booming, alongside hair, dental care and skin care.

According to Castro, Peru’s Belcorp rules the market with its L’Ebel Paris and Essika brands, followed by Colgate Palmolive, Procter & Gamble, Avon, Yanbal and Unilever.

Meanwhile, Casic has made progress in harmonizing trade and health regulations across the region including in the Pacific Alliance, Mercosur and the Andean Community trading blocks, Saiz said.

“We are 80 to 85 percent through [the process] compared to about 10 percent a decade ago,” he enthused. “This is positive, provides more opportunities for exporters and importers and improves regional commerce.”