The "Riverdale" actresses appear in the denim company’s fall campaign. 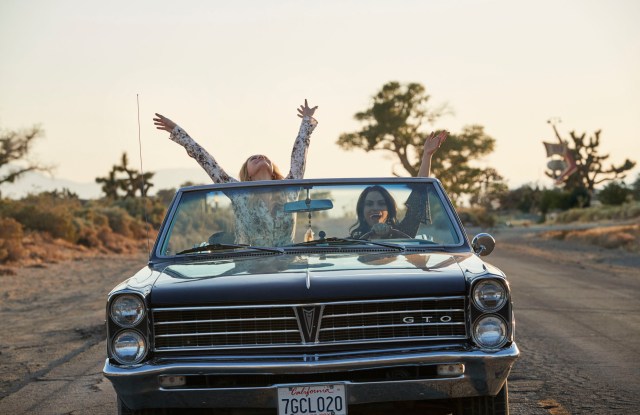 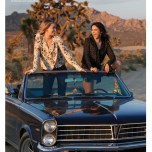 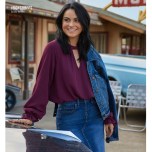 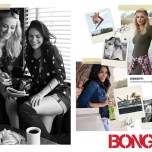 A road trip through the California desert served as the backdrop of Bongo’s fall 2017 campaign, which tapped real-life friends and actresses Lili Reinhart and Camila Mendes.

Reinhart and Mendes are on the CW show “Riverdale” and follow in a long line of famous faces that have graced the ads for the Eighties denim brand, including Ashley Benson, Nicole Richie, Lucy Hale, Vanessa Hudgens and Rachel Bilson.

“This campaign is all about female friendships that are positive, which is something that we continue to promote on our show and also Lili and I have gotten very close through this whole experience of being on the show together,” Mendes said. “These confident, carefree women are something we endorse and want to be a part of.”

The digitally focused campaign launches Wednesday on all Bongo and Sears platforms.

There’s a certain sense of nostalgia to the actresses’ involvement in the ads, with both having grown up with the brand. Starring in a Bongo campaign brings things full circle, said Mendes, who remembers the ads featuring Hudgens and Richie.

Reinhart at one time said she kept a scrapbook of cutouts from Bongo ads featuring Hudgens that she would cart along to meetings with stylists.

“We were so interested to be involved because we both grew up with the brand and we found the girls that have done it before us to be very inspirational,” Reinhart said. “So we felt honored to do it ourselves. The concept behind showing this raw, unfiltered version of ourselves, which is the way our shoot is styled, is very cool and different from our show, which is very stylized and dramatic. This is a clearer version of Camila and Lili than [our characters] Betty and Veronica.”

Fall for Bongo runs the gamut from midlength dresses and skirts to color-blocked detailing on sleeves and treatments on denim such as released hems and patchwork, the summation of which the brand has labeled “prep edge.”

Mendes and Reinhart both took to denim skirts from the collection with asymmetric detailing.

“The style that [Bongo’s] going for feels like an extension of me,” Mendes said.

The Rise and Ugly Fall of Kitson