The French house tapped actress Song Jia and Li, with whom the brand had worked to promote its fragrance collection on Xiaohongshu earlier, for this year’s May 20 Chinese Valentine’s Day promotion.

In the campaign, the two go on a treasure hunt in a Shanghai colonial-era mansion. Song wears a headband and carries a Boite Chapeau Souple bag with a red Vivienne bag charm and key holder. Li is seen standing behind her decked out in a pair of gray trousers and a monogrammed shirt from the pre-fall collection.

With 40 million fans on Douyin, the Chinese version of TikTok, 25 million and 15 million followers on Taobao and Weibo, respectively, Li’s endorsement is a highly strategic move, even for top brands like Vuitton.

Every day, around 14 million people tune in to watch his candid live reviews on fragrances, skin-care and cosmetic products on Taobao. His disapproval is known to dent sales in the world’s largest luxury market. For example, last month his public disdain for Hermès new lipstick line during one live-streaming session sent chills across the daigou world in Europe and North America, as they saw demand for the lipstick, which is not yet released in China, briefly plummet. 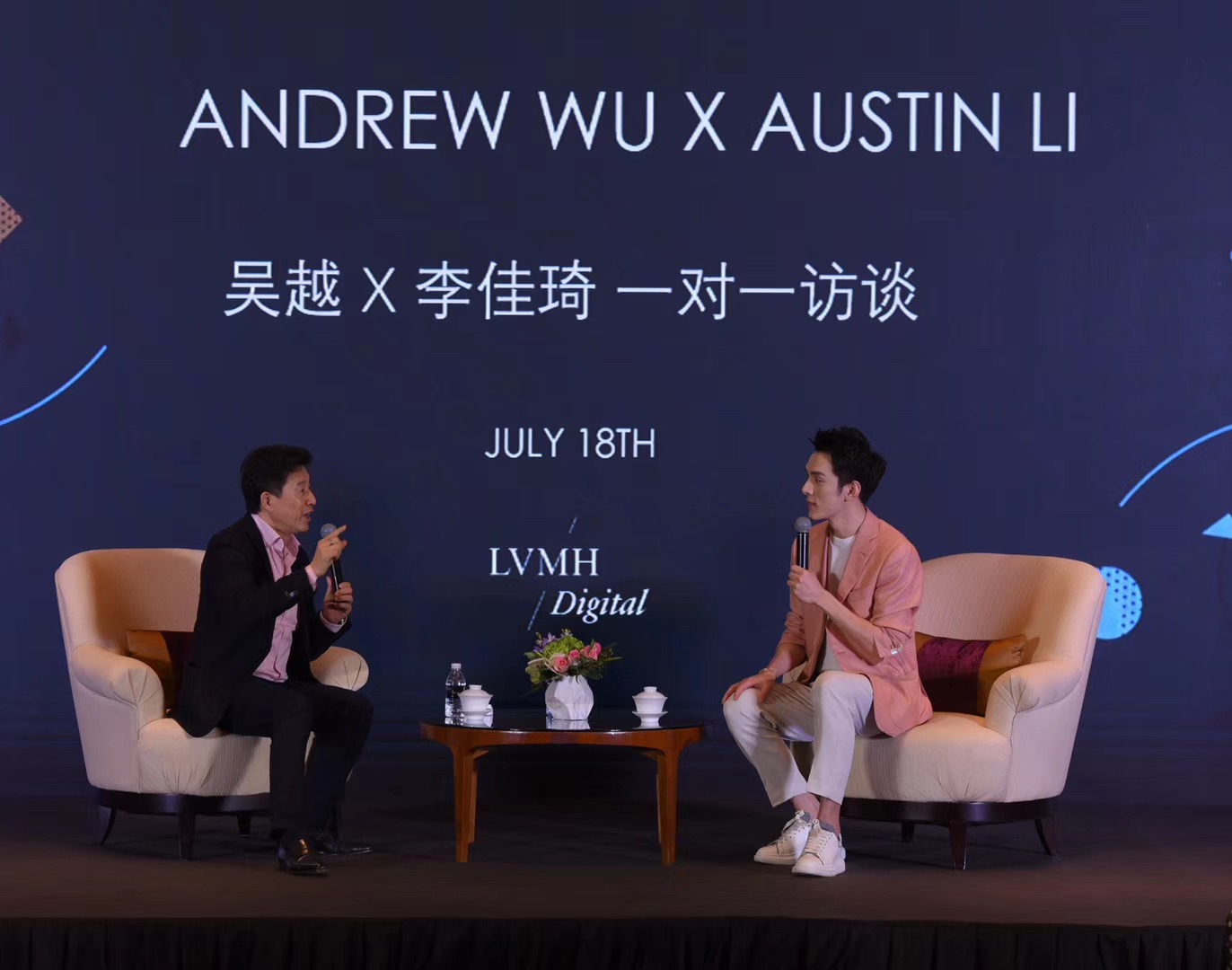 Li achieved more than 1 billion renminbi, or $145 million at current exchange, worth of sales in last year’s singles’ day shopping festival and sold 15,000 lipsticks in the first five minutes. More than 31 million people watched his nearly six-hour-long live-stream that day.

The recent COVID-19 lockdowns in China further boosted his popularity. Over the past month, he hosted 24 live-streaming sessions, including crossovers with famed pianist Yundi Li and Yang Mi, one of the most successful Chinese actresses. It generated 33.27 billion views and received 61.55 billion likes. He reviews on average 20 to 27 products each session. He also trademarked his catchphrase “Oh my god, buy it, buy it,” this week in China.

Pairing Li with Song for the brand’s May 20 Chinese Valentine’s Day campaign is a key move for the brand to ramp up business after the COVID-19 disruption.

The date May 20, which sounds like “I love you” in Mandarin, usually is considered less of a sales and branding moment compared to Valentine’s Day on Feb. 14 and the Qixi Festival, an occasion sometimes also called the Chinese Valentine’s Day but falls in the seventh month on the lunar calendar. But as COVID-19 disrupted brands’ original plans, May 20 is now being pushed by brands and retailers as the most important romance-related festival in the country.