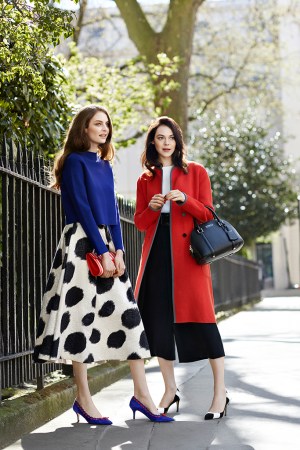 STREET VIEW: L.K. Bennett has teamed with Scott Schuman, the man behind The Sartorialist blog, for a fall campaign that is full of London landmarks, including the skyline by London Bridge and the Horse Guards Parade in St. James’s Park.

The in-house campaign, which was styled by Caroline Issa, with models Kinga Rajzak and Auguste Abeliunaite, will appear at the end of July on the brand’s Web site and in its store windows.

“Our customers are active women leading busy lives who want to look and feel their very best every day,” said Robert Bensoussan, chief executive officer of the brand. “By showing the collection in the context of her life, Scott has captured perfectly the character of the L.K. Bennett woman.”