L’Oréal Looks to the Men’s Market

Opportunity is growing for the challenged men’s market, and L’Oréal USA has taken notice. 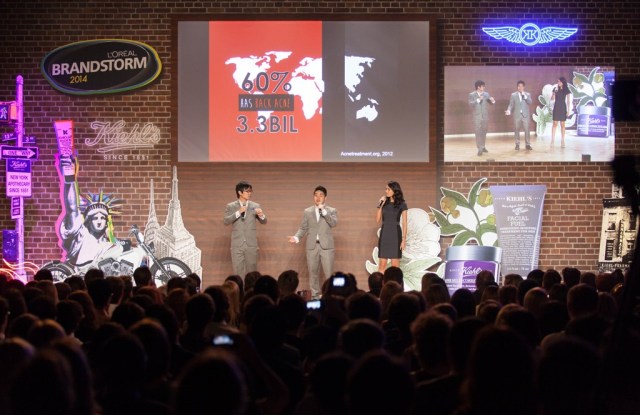 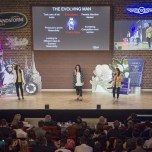 Opportunity is growing for the challenged men’s market, and L’Oréal USA has taken notice.

“Men are — and will continue to be — an important part of L’Oréal’s ambition to attract one billion new consumers in the next decade,” said Marie Gulin, chief marketing officer of L’Oréal USA. “Increasingly, men are becoming emotionally involved in the grooming and skin-care category, consuming up to 10 products a month. We see this as a major opportunity to convert men in the face-care category, with bestsellers like Kiehl’s Facial Fuel Moisturizer, and educate them on specific masculine routines.”

For this year’s annual Brandstorm challenge, L’Oréal’s signature marketing competition for college juniors and seniors, Kiehl’s partnered with the contest to task students to create a marketing strategy for a new product for its men’s line.

“It’s about the conception of a launch,” said Sumita Banerjee, vice president of talent acquisition at L’Oréal USA. “[The students] build a story around the launch [plus] packaging, graphics, artwork and a digital campaign. [Additionally,] they create line extensions, but not actual formulas, although they had to think of everything that goes into the formula.”

Meanwhile, Kiehl’s is benefiting from Brandstorm — the finals took place in Paris on June 12 — by hearing from students and their innovative ideas.

“We’re always looking to be inspired by the younger generation,” said Brad Farrell, assistant vice president of global marketing at Kiehl’s. “We’re continuing to grow in men’s. And we have the leeway to be more creative.”

According to The NPD Group, the prestige men’s market represented $85 million in sales for the 12 months ending in March 2014.

“Brands like Kiehl’s have been very dynamic in the marketplace,” said Karen Grant, NPD’s vice president and global beauty industry analyst. “They have a cool factor. Kiehl’s has gender neutrality and it has the appeal based on its apothecary positioning.”

Adding to its men’s portfolio, L’Oréal acquired the hair- and skin-care brand Baxter of California in December 2012. Industry sources estimate that it’s generated $3 million in sales since its purchase.

“Traditionally, men are still not using skin care; only 25 percent are using it,” said Grant. “There’s a tremendous opportunity to spark bigger gains. And it’s still an emerging market.”