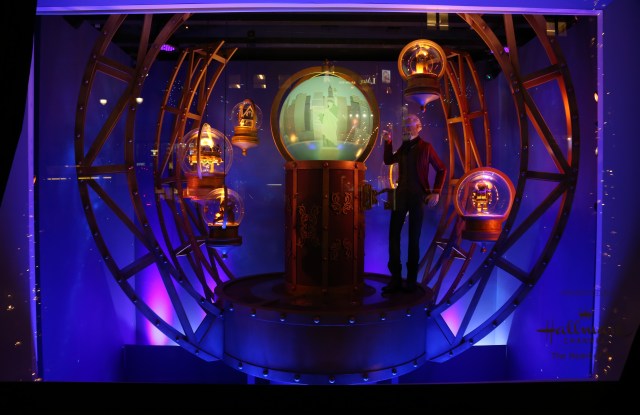 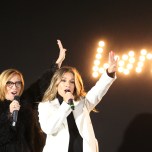 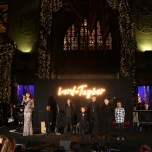 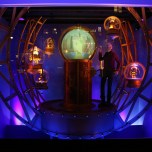 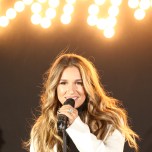 In addition to the unveiling of windows, the ceremony also marked the retailer’s charitable holiday shopping event, where many items in the store had special promotions. Lord & Taylor president Liz Rodbell said this year’s shopping event would benefit the Madison Square Boys and Girls Club through a generous contribution from the retailer and many of its vendor partners.

The retailer partnered with Hallmark Channel for this year’s series of holiday displays featuring the theme “The Best And The Brightest,” a whimsical journey viewed through the lens of “enchanted” snow globes. There are five windows: Arctic Adventures, two polar bears meeting for a celebratory high-five; Christmas in the City, a holiday scene set against NYC skyscrapers; Holiday Circus, a vintage circus that includes a master of ceremonies; Santa’s Magic, a modern-day Santa looking into his globe; and Winter Woodlands, featuring a rabbit heading toward a magical tree.

Rodbell, who said that the retailer “believes in giving back to its communities,” also said that the windows are “our gift to New York City.” She told WWD that planning for next year’s windows begin as soon as the current season’s displays are unveiled. Work on this year’s theme was focused on creating an “experience that is new and different to inspire the whole family to enjoy as they go about the magical journey,” Rodbell said.

Decker sang two songs from her latest album, “Southern Girl City Lights.” The event also marked her first public performance of “My Favorite Holiday,” a song she wrote this year.