Louis Vuitton Calls Out the Dogs 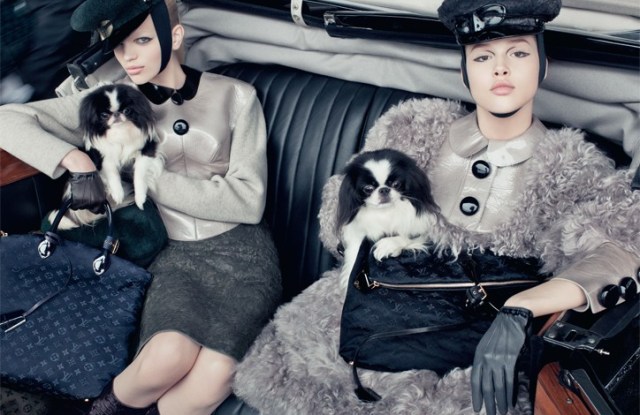 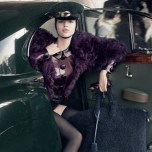 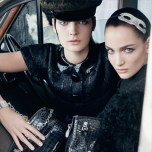 Accessories also share the spotlight, including high-heeled rubber boots, officer caps, driving gloves and variations on the Lockit handbag, including one crocodile version that can be chained to a diamond-pavéd handcuff.

“Who wouldn’t want to be this gorgeous young woman in the back seat of this beautiful car?” asks Marc Jacobs, Vuitton’s artistic director, highlighting the tongue-in-cheek take on the French brand’s familiar travel theme.

Steven Meisel shot the campaign, with styling by Karl Templer, makeup by Pat McGrath and hair by Guido Palau. It is slated to break in August issues.