Chanel ramps up handbags price by a quarter, Vuitton increased price in March and May, while entry-price products take center stage online.

As China resumes luxury spending, should brands seduce them with tantalizing entry-price baubles, or ramp up prices on more luxurious and iconic handbags? The answer to both tactics seems to be “yes.”

It’s not news anymore that there has been a line outside Chanel since China eased lockdowns from April, but last Sunday, as rumors of significant price increases taking effect on Monday began to spread on social media, the brand’s stores across the country saw unprecedented gains.

Users on China’s popular social commerce platform Xiaohongshu documented their Chanel shopping craze in Beijing, Shanghai, Guangzhou and Hangzhou. One user said she waited for an hour to pay for her purchase as the store was overcrowded.

A source told WWD that the price increases had begun in France on May 7 and elsewhere in Europe beginning May 11, and it will take effect in the U.S. beginning May 25. Chanel did not immediately respond to a request for comment. 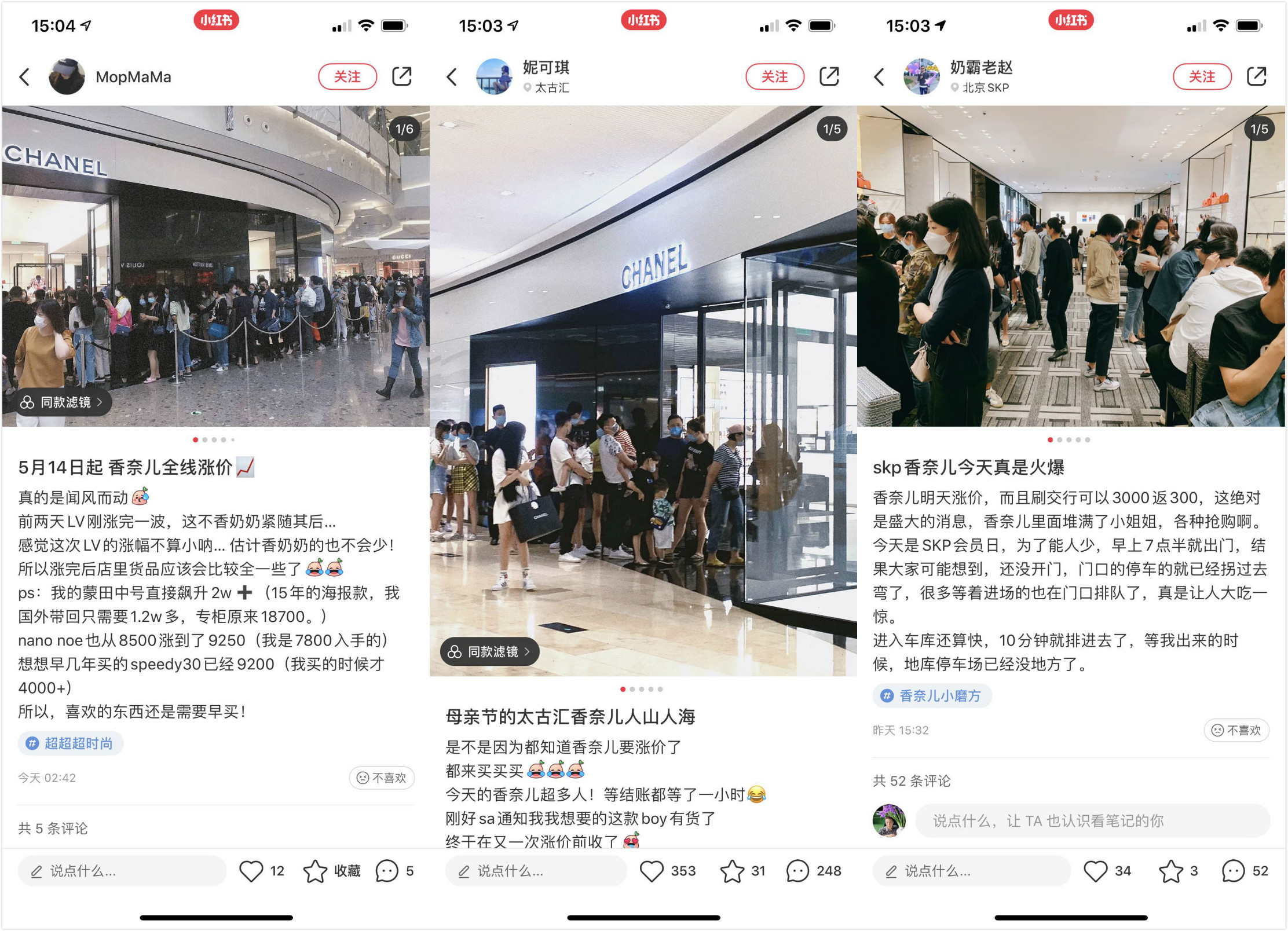 Louis Vuitton confirmed to WWD that the brand has increased its prices twice in the past three months: by 3 percent in March and another 5 percent in May, respectively. It means the popular Pochette Monogram Metis will cost $150 more if a consumer buys it now compared to the pre-COVID-19 lockdown.

Prada and Gucci told WWD that they have no plans to increase their prices at the moment.

The pandemic has forced luxury brands to close their stores in Europe and North America for nearly two months, and seen their share prices plummet, while retailers such as Neiman Marcus, J. Crew and True Religion have filed for Chapter 11 bankruptcy protection.

In luxury spending powerhouse China, where life is gradually getting back to normal, luxury brands are implementing a mix of strategies to recapture the business they had lost.

In addition to price hikes for best-selling core products, as Vuitton and Chanel did, brands like Dior, Gucci, Prada, Hermès and Vuitton are also doing major pushes of entry-level products with their China-focused campaigns. 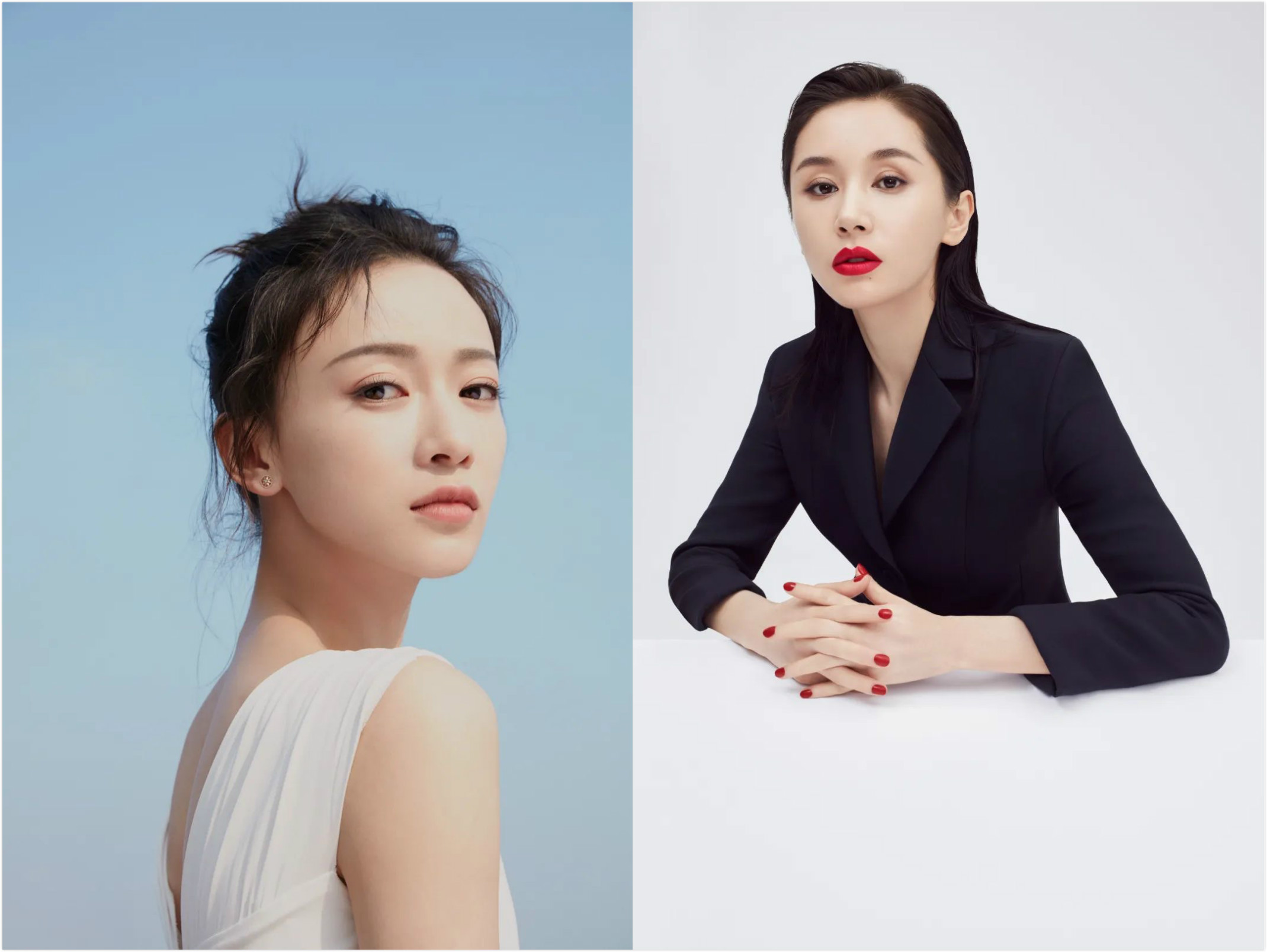 Dior unveiled two local ambassadors for its beauty line last week: Actress Ziwen Wang as its cosmetics ambassador, and Jinyan Wu as the face of the Capture Totale skin-care line. Wu became a household name in China after she starred in the hit Qing dynasty period drama “Story of Yanxi Palace.”

The brand has a history of associating with a dozen Chinese celebrities with massive online followings to help promote Dior’s expansive product categories. Its top six ambassadors alone have a combined following of more than 250 million users on Weibo. It means that the brand can achieve much higher sales conversions than its peers in entry-level categories, including skin care, fragrances and small accessories.

Gucci and Prada, on the other hand, are going big on the 520 Chinese Valentine’s Day with a focus on classic styles and lower-price-point items. The date 520, which sounds like “I love you” in Mandarin, was traditionally considered less important compared to Valentine’s Day on Feb. 14 and the Qixi Festival, a Chinese festival celebrating the annual meeting of the cowherd and weaver girl in mythology for millennia. But as COVID-19 disrupted brands’ original plans, 520 is being treated as the most important festival for love in the country.

Gucci tapped brand ambassadors Chris Lee and Ni Ni, popular idol Lu Han and Song Yanfei, plus four other friends of the house to spotlight GG monogram products in outdoor ads. The campaign will be gradually rolled out on major Chinese social platforms, and each platform will have slightly different visuals and tone of voice to drive engagement. Dionysus, 1955 Horsebit, GG Marmont and Ophidia are key items in this campaign. 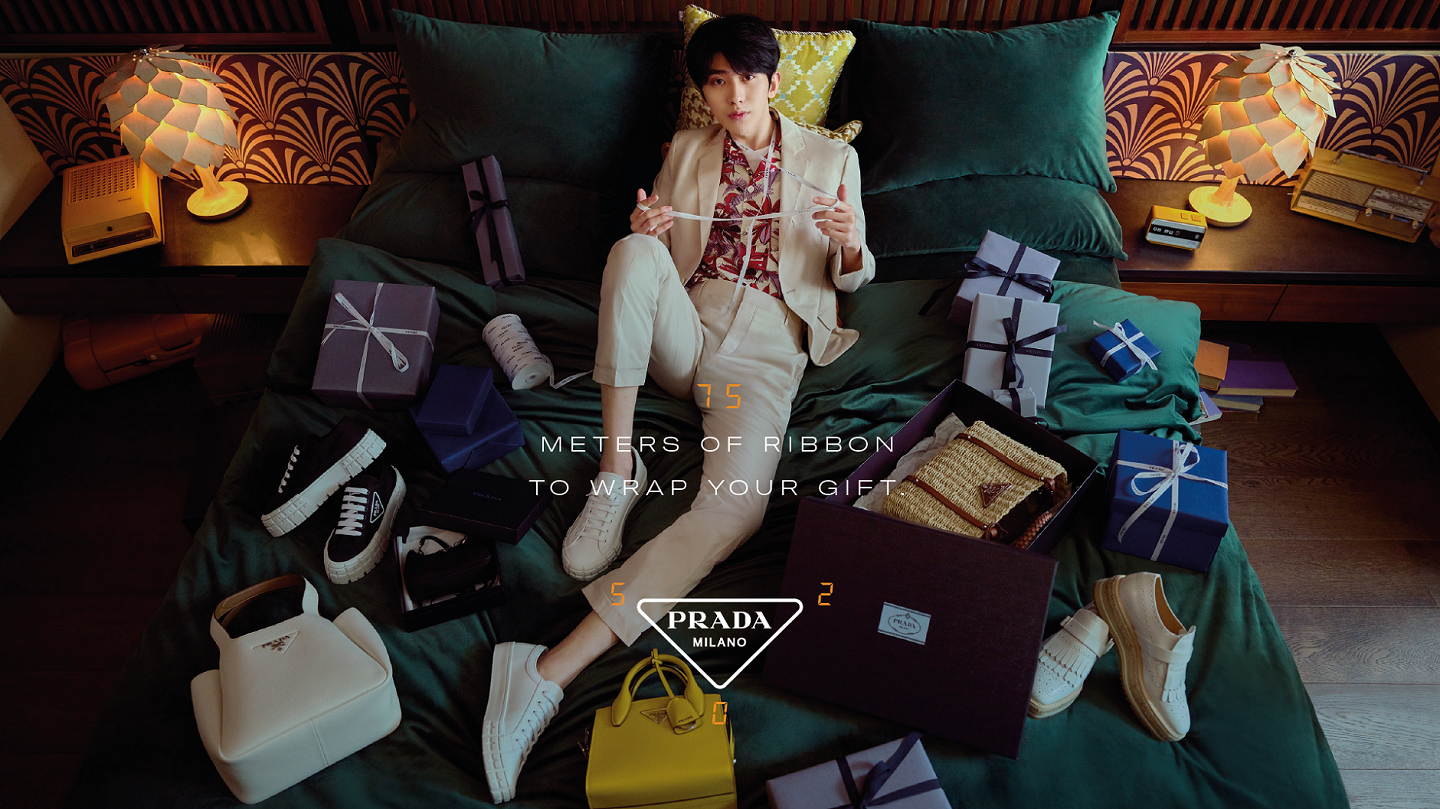 Prada’s 520 Mathematics of Love campaign featuring Cai Xukun, the face of the brand in China, saw success in online engagements. On Weibo, Cai’s post about the campaign had 1.58 million likes, and the hashtag #Prada520# has 430 million impressions.

Six items from the 520 collection, including three bags, one pair of sunglasses, one buckle hat and one bracelet with prices ranging from 2,200 renminbi to 13,000 renminbi or $310 to $1,832 at current exchange, are sold out on Prada’s WeChat mini-program store.

Hermès and Vuitton are mixing both tactics. While shipping lots of rare Birkin bags to China and bringing in at least 19 million renminbi, or $2.7 million, in sales on the reopening day of its flagship in Guangzhou’s Taikoo Hui a month ago, Hermès launched a WeChat mini-program store for 520. The program features products with more affordable price-point products such as silk scarves, belts, earrings, sandals, a Baby Hermy toy and a Kelly wallet available in four colorways.

Vuitton worked with China’s top livestreamer, Austin Li, to promote its fragrance collection on Xiaohongshu, as well as releasing a dedicated campaign later this week.