Malls Reinvent to Ward Off Vacancies

Malls are trying to become about more than just shopping.

By Rosemary Feitelberg and Dick Silverman on April 28, 2009
View Slideshow 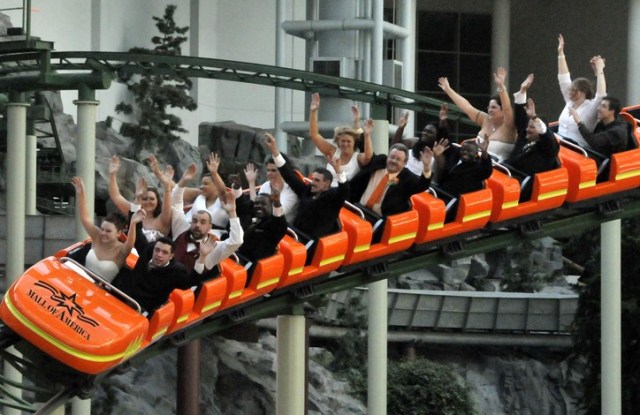 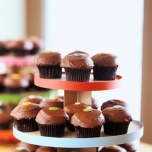 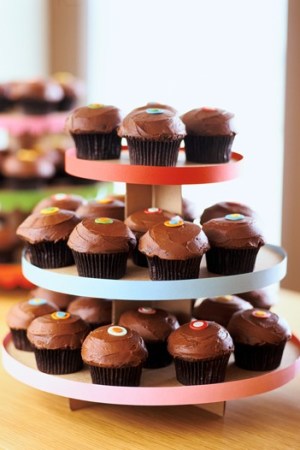 Malls are trying to become about more than just shopping.

With many malls fighting for survival and mall vacancy rates approaching 10 percent, property owners are trying to woo shoppers with lures such as a roller coaster riding contest, a film festival, fashion shows, cupcakes and even an exhibition of Oscar statuettes.

This month’s news the U.S.’ second largest mall owner, General Growth Properties Inc., has filed for Chapter 11 bankruptcy protection only magnified worries that more malls could become hallowed halls. Mall-going or grazing, as the case may be, has long been a rite of passage for teenagers and adults alike, but now growing concerns about the potential loss of this slice of Americana has developers taking the offensive by cooking up offbeat reasons to hit the mall. Concerts, classes and other events boost traffic and help mall retailers stand out in challenging times. Going forward, more U.S. malls may also borrow from their Australian counterparts and attach grocery stores.

“What we provide today is a much different experience than was available years ago,” said William Taubman, chief operating officer of Taubman Centers Inc. “There is a growing marriage of food and other concepts that make the mall experience more fascinating and unique.”

And malls are becoming more aggressive at mounting such activities, as well as communicating them. The Macerich Co., one of the nation’s largest mall and shopping center owners with 70 sites, fastens consumer ties through Twitter and Facebook.  Earlier this month, the Mall of America in Bloomington, Minn., hosted “Coast for a Cruise,” a contest to see who could ride its SpongeBob SquarePants Rock Bottom Plunge roller coaster the longest. The two winners managed 2,507 times in nine days, much to the delight of their ever-changing audience. Others poured into the MOA’s on-site amusement park April 15 to watch 15 couples wed on another roller coaster.

The Newport Beach Film Festival is under way at Fashion Island in Newport Beach, Calif. And the Simon Property Group, the country’s largest mall developer, is in the midst of staging Simon Fashion Now, runway shows and makeup demos, in five cities. Every item can be bought after the show, and all price points are represented.

Perhaps out of habit or in search of life’s more affordable pleasures such as cupcakes, frozen yogurt and movies, scads of consumers are still trudging through shopping centers even though they’re not spending like they used to. Even Britney Spears was spotted last month roaming through stores at the Merrick Park Mall in Coral Gables, Fla., in between concert stops.

Consumers’ urge to frequent shopping malls — regardless of whether they can afford to buy — is primal, according to David Holmes, director of the forensic research group for psychology and social change at Manchester Metropolitan University in Manchester, England. Humans have been exchanging money for goods for 4,000 years, he noted.

Earlier this year, he conducted a survey in the United Kingdom that concluded many people were using malls as “a refuge from the recession and the cold.”

“People are hiding away in malls for obvious practical purposes. In essence, they don’t know what to do with their time. It kind of reminded me of the ‘Dawn of the Dead’ where zombies are walking around,” Holmes said. “Shopping is kind of in our genes. People go to the coast and they would rather shop than sit on the beach.”

Clearly, much has changed since Victor Gruen designed the first enclosed mall in Edina, Minn., in 1956. Mall mania took off in the Eighties and was still going strong in the early Nineties when at least 60 malls bowed annually. But development has since plateaued — malls are closing and sales are slowing. According to the International Council of Shopping Centers, America has 1,379 enclosed malls. As shopping weakens, sales per square foot in nonanchor mall apparel stores in January 2009 dropped to $314, down from $346 in 2008 and $371 in 2007.

Even the much-anticipated opening of the Meadowlands Xanadu, a 2.4 million-square-foot “entertainment destination” in East Rutherford, N.J., that will feature such add-ons as a Ferris wheel, an 18-screen movie theater and Snow Park, the first indoor skiing facility in the U.S., has been pushed back to the end of the year and could face further delays. Meadowlands Development Corp. declined comment, but executives are said to be considering opening a few of these nonshopping attractions before the actual mall is unveiled.

This summer, the 360-store, 2.85 million-square-foot King of Prussia Mall in King of Prussia, Pa., will add a 3,000-seat tennis facility as the new home court of the Philadelphia Freedoms of World Team Tennis. Spectators will be able to shop before or after matches. Community and sports-related events are important attractions at the mall, which recently hosted an evening by Thomas Jefferson University Hospital and the Philadelphia Eagles promoting heart-healthy activities with cooking demonstrations and an appearance by Eagles kicker David Akers.

At the Mall of America, the site’s renovated movie theaters, coffeehouses and personal care stores such as L’Occitane, Sephora and Bath & Body Works are drawing consumers. People are also picking up affordable designer-name jewelry. Bucking the downsizing trend, the Mall of America is opening 17 stores, restaurants and attractions in the next month or so. The debut of an eatery called Crave earlier this month attracted 900 people. Maureen Bausch, vice president of marketing for the MOA, said, “Consumers are on a spending diet, but diets don’t last forever. We certainly don’t want them to go adjust their spending, but we are happy to see them buy anything they can afford.”

Innovative concepts at Taubman Centers Inc. properties include CinéBistro at the Dolphin Mall in Miami, which combines movies with upscale dining, as well as The Strike bowling center, which has a sushi bar. And Adrenalina stores in International Plaza in Tampa, Fla., and the Shops at Willowbend in Plano, Tex., have wave pools for surfers.

Customized events draw major attendance at the malls. The Tysons Corner Center in McLean, Va., introduced a quarterly women’s networking night this spring called “The Ultimate Girls Night Out,” featuring the movie “Confessions of a Shopaholic” and giveaways from 323 participating retailers. Biltmore Fashion Park in Phoenix ran a two-month-long Movies in the Park program, where classic films drew up to 700 people a week. And Shops at North Bridge in Chicago partnered with the 81st Academy Awards to host “Meet the Oscars Chicago” before the Academy Awards broadcast, including an exhibit of Oscar statuettes.

Traffic at the Irvine Co.’s three Orange County shopping centers — Fashion Island, Irvine Spectrum Center and The Market Place — is flat to 2 percent ahead compared with last year, according to Nina Robinson, vice president of marketing and communications. “People still want to feel a part of a community, gather, eat, shop and be entertained….They want to escape. They can come and stroll, shop, dine or watch a movie. We believe traffic will remain at these levels throughout the year.”

Simon Properties considers its fashion initiative a way to recast its malls as community centers, as well as the place to find the latest fashions. “The public feels like they are attending Fashion Week in their hometown at no charge,” a company spokeswoman said.

Brian Florence, co-founder of Deadmalls.com, a Web site that chronicles shopping center nostalgia, said, “The supply and demand is just not there for all these malls. With today’s economic decline, just having one mall in an area is a lot to support. Stores need to continuously keep things fresh,” which isn’t something many have done well.

Many are trying to look at their properties with fresh eyes. While there will always be senior citizens lapping shopping mall corridors for exercise, they may soon have more company from other nonshoppers. “Now that money is tight, people still want to have a place to gather and maybe walk around a bit,” he said.