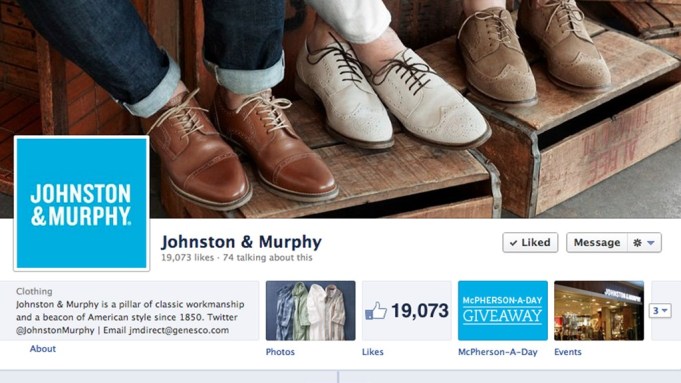 A study released Wednesday by digital marketing agency iProspect and analytics firm comScore outlined best practices for marketers targeting affluent men on the Web and via mobile devices. The report utilized a survey and a cognographic study that tracked online behaviors and site visits.

Among its key findings were the importance of integrating Web and mobile marketing programs, developing dedicated mobile apps, investing in advertising that encourages research into purchases as well as actual purchases and considering a range of search engines and social networking sites — including newer male-oriented concepts like Gentlemint, The Fancy and WhereIsTheCool — when buying messaging space.

The study focused on men over 18 with household income of $100,000 or more, which encompasses about 19 million men online.

“Brand marketers need to create a holistic online presence that effortlessly combines branding with direct response, search with social, and moves seamlessly from desktop to mobile. Those are the brands that will become an integral element of the affluent male’s online shopping habits,” emphasized the study. “The best online marketing strategies for luxury brands will more closely resemble a living ecosystem than a collection of individual assets and elements. Knowing how to pull all the different pieces together into a single, effective program will be a key factor to success.”

Survey respondents rated video as their most favored format for advertising messages — and marketers are crowding into the medium. An eMarketer report estimates that U.S. online video ad spending will grow by a compound annual rate of 38 percent from 2010 to 2015, making this by far the fastest-rising category of online spending, outpacing sponsorships, banner ads, search, classifieds and e-mail. By 2015, video ad spending is expected to reach $7.11 billion, up from $2.16 billion last year.

“Luxury brands typically have unique and interesting subject matter for video,” noted the study. “Video is also very shareable, making it an excellent asset for social channels.” Analysts from iProspect recommended including a call-to-action, such as clicking on a Web site link, within videos to drive engagement by the viewer.

In March, Bentley Motors Inc. launched a five-minute marketing video to promote the performance aspects of its Continental GTC convertible. The video, titled “In Search of Snow,” featured big-mountain skier Chris Davenport and was introduced at a press and blogger event during Aspen Fashion Week.

Bentley is considering launching a Pinterest account, but is still figuring out how to best leverage that site. “There are so many channels out there, you have to pick the ones where you can build some traction,” said Graeme Russell, head of public relations and communications at Bentley.

The launch event garnered 48 online stories with a reach of 31 million unique monthly viewers, according to Bentley.

“The biggest challenge for luxury is how to use digital and online when the nature of luxury is exclusivity and reaching that 1 percent who can afford your product,” pointed out Russell. “You contrast that with the wide reach of online and digital and it becomes quality versus quantity. Do you need one million fans on Facebook or just the right 10,000? How do you balance targeting genuine customers with wider brand evangelism?”

Search remains the backbone of the Internet and, along with e-mail, is a near-universal activity on the Web. Google remains the top search engine in the affluent male demographic, according to the study, with a 65 percent share of searches, but other players like Yahoo and Bing hold a 35 percent share. “Although Google is still the clear front-runner, it is important for your brand to be represented on other top search engines,” noted the study. “Do not forget to target and track search across all devices: PC, mobile and tablet.”

When buying search terms, the study recommended including nonbranded and long-tail key words to draw in consumers who might not be familiar with your brand.

Among social networks, Facebook was the most popular site, with 55 percent of survey respondents using it at least daily, followed by Google+ at 39 percent, Twitter at 31 percent, Tumblr at 23 percent and Foursquare at 23 percent.

This week, shoemaker Johnston & Murphy launched a campaign on its Web site and Facebook page supporting its new McPherson style, targeting college-educated men ages 25 to 34, with household incomes of more than $100,000. The company created an online video campaign featuring “real” men — including a surfer, a creative director and a fashion blogger — talking about the shoes and their personal style. The video is the centerpiece of an advertising push placed on a wide range of news, business and lifestyle sites like cnn.com, esquire.com, Slate.com and Funnyordie.com.

Video campaign images were installed in the windows of Johnston & Murphy’s 110 stores, affixed with QR codes that can be scanned by customers, bringing up the full video on the phone.

“We’re targeting what we call New Traditionalist and his media consumption is very different than what it used to be,” said Jason Dasal, vice president of marketing at Johnston & Murphy, which just five years ago invested 100 percent of its advertising budget in print.

The iProspect study found that 77 percent of respondents owned smartphones and 50 percent owned a tablet computer, such as an iPad. That means luxury brands need to optimize their Web sites for mobile devices, making sure to balance usability with functionality.

Given the high usage of mobile devices, advertising on mobile apps can be highly productive, especially as placement is often limited to one ad per screen, giving the marketer 100 percent share of voice. Checking e-mail is the most popular activity on mobile devices and advertising on e-mail portals like Gmail and Hotmail, which both offer ad unit options that provide prominent, 100 percent share of voice, can be particularly effective.

Developing a dedicated mobile app can be profitable, but only if it makes sense for a brand. “The app must deliver incremental and differentiated value to the customer to be worth the investment,” noted the study.

When it comes to mobile shopping, affluent men research purchases on both their smartphones (51 percent) and tablets (43 percent) but are less likely to have made an actual purchase on the go. Forty-five percent of affluent men say they have never made a mobile purchase and another 13 percent say they don’t plan to.

To overcome the resistance of a key chunk of males to mobile commerce, it’s important to build well-designed mobile sites that coordinate well with the Web site and present a uniform brand voice, said the study. The mobile site can be strategically promoted with mobile-only rewards to further encourage first-time users. Mobile-optimized gift registries, gift-giving ideas, product selection guidance and simple wrapping and shipping options can add an entirely new category of sales, as well.

The study singled out flash-sale site Gilt’s mobile app as highly user-friendly and effective. At Gilt, 20 percent of total sales come from mobile devices, with Gilt Man sales at an even higher rate. “We launched our iPhone app two years ago and our iPad app a year-and-a-half ago and what’s surprising is not how big they’ve become but how fast they’ve grown,” said Jason John, senior director of online and mobile marketing at Gilt Groupe.

The company has focused both on marketing its mobile apps and encouraging sales from those platforms, via mobile-only promotions. For example, a “Saturday Selects” program on Gilt Man from full-price sibling site Park & Bond offers product on Saturday at noon on the Web site but launches a full 24 hours earlier on the mobile app, for example. The strategy is to have the product available to iPad users on Saturday morning when there is a high rate of usage.

“We are taking our understanding of the organic behavior of people with iPads and iPhones to amplify it,” explained John.

With research a key component of male online shopping activity, online campaigns should focus on educating and building brand awareness. However, campaigns should also provide a seamless path to purchase, noted the study. “Understand that research leads to commerce, but be careful not to create measurement silos. Instead, ensure that multiple crossover points exist and measure the combined effort holistically,” added the study, noting the difficulty of measuring the individual contribution of each part of a multifaceted campaign that leads to a single purchase.

“The industry is still trying to figure out the value of research, it’s really difficult,” said Andrea Wilson, iProspect’s director of digital strategy and luxury practice lead. “We’ve done research that shows that people usually search 11 to 15 times in the research phase and you would only see a conversion to sale with the last search. You wouldn’t see all the other tactics making a return, but in fact they did help drive the sale.”