The country’s 500 million-strong population under the age of 30 is the subject of a new marketing guide from author Mary Bergstrom. 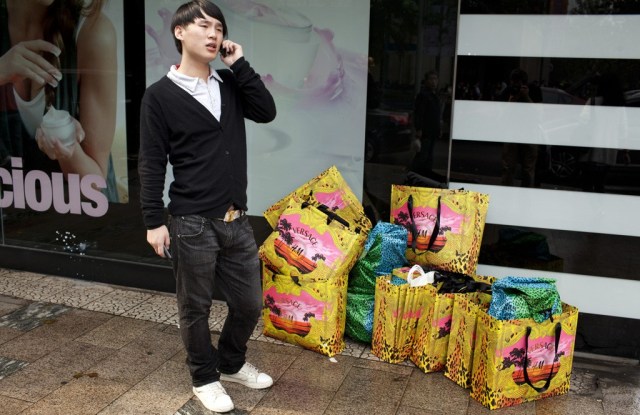 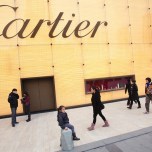 SHANGHAI — China’s 500 million-strong population under the age of 30 are the subject of a new marketing guide from author Mary Bergstrom.

This story first appeared in the April 5, 2012 issue of WWD. Subscribe Today.

As an American marketing expert with years of experience researching China’s youth market, “All Eyes East: Lessons From the Front Lines of Marketing to China’s Youth” is a how-to guide that demystifies the categories, subcategories, culture and subcultures of one of the world’s most influential consumer markets. The book was released in the United States on March 27 and will land in Europe on April 27.

“Young people are in a different position, a more powerful position, in China than they are in other places,” Bergstrom told WWD. “Consumption-wise, if you want to understand where China’s going to go in the future, you need to understand the people who are really consuming and communicating in their communities.”

As a generation of only children, or “Little Emperors,” China’s youth often might not look or dress all that differently from their Western counterparts, but their motivations and position at the forefront of a nation in the throes of ceaseless change make them a whole new category of consumer.

“The fact that they don’t have any siblings, the fact that they are growing up in an economy where the pressure is always on them, in terms of their own family but also the nation, and also they are really the pioneers of development. There’s a crux that occurs in China that doesn’t happen anywhere else,” Bergstrom said.

According to Bergstrom, the identity of these future superconsumers is evolving so rapidly, any attempt on the part of international brands to import a tried-and-tested marketing strategy from elsewhere directly into China will not be accepted by China’s youth.

“I could have retitled the book ‘Flexibility.’ That’s really what’s been missing from a lot of international brands’ marketing strategies. The equation should be: What are the brand values you bring to the table and how do you need to configure those values so that you have the most impact with your consumer base?” Bergstrom said. “You might mean one thing outside China, but to mean the same thing inside China, you might need to construct a different story to ultimately get to the same message.”

To illustrate this idea, Bergstrom pointed to Volkswagen. The car company recently made two ads demonstrating the value of a new model. The U.S. version made its point by showing executives being criticized for putting a car on the market that was too cheap, considering its many features. In China, the same message was conveyed with a wife chastising her husband because she assumed he must have spent a lot of money on a new car.

“You need to have the stories differentiated to create the same message, or the same appreciation of value in those two markets,” Bergstrom said.

One of the major aims of “All Eyes East” is to define the subcategories of Chinese youth for international readers who might not be familiar with the major differences between the country’s post-Eighties (people born after 1980) and post-Nineties (those born after 1990) generations. These groupings are widely used in China and, most important, are embraced by young people themselves.

China’s youth overwhelmingly see themselves as sharing attributes and common experiences with their own generation and differentiate themselves from those born in a different generation, even if the age gap is only a few years.

“One of the most striking differences [between Chinese and Western youth] is that young Chinese people self-identify with those groups. In other countries, you wouldn’t hear somebody say, ‘I’m very Gen-X,’ and you certainly wouldn’t have someone wearing a T-shirt that says, ‘I’m Gen-Y,’” Bergstrom said.

In terms of luxury goods, Bergstrom struggles to come up with examples of international brands that have done a great job of marketing to China’s youth. International heritage stories in particular fail to resonate on a personal level with younger consumers in the country.

“Luxury brands are feeling some pain right now in terms of understanding that the largest potential luxury market is within China and the story they have created outside of China isn’t something that they can just import directly, because young Chinese people don’t necessarily have the same sense of historical connection,” she said.

One potential exception featured in “All Eyes East” is Shang Xia, the Chinese luxury brand backed by Hermès. This homegrown, foreign-backed hybrid broke into the Chinese market by building a contextual foundation in order to give Chinese consumers a sense of shared history. The focus of its products, which include tea sets, furniture, apparel and jewelry, is to emphasize a heritage linked to the brand’s traditionally Chinese concept of luxury and craftsmanship.