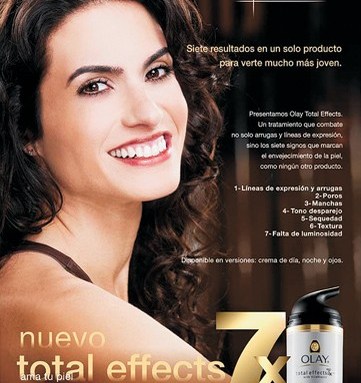 Sure, superstar spokes-people have their place. But more and more companies are turning to local celebrities to reach their ever-increasing global markets.

Dior has a knack for attracting glamorous spokesmodels. After all, Sharon Stone, Charlize Theron and Mylène Jampanoi have all fronted the French-born brand.

Mylène Jampanoi? She is, as the Alphaville song goes, “Big in Japan.”

In January, Dior recruited the striking French actress, whose father is Chinese, as the latest face for DiorSnow, a whitening skin care range sold throughout Asia. Jampanoi, as it happens, is a friend of Dior designer John Galliano and frequently attends his runway presentations in Paris.

The brand, like many of its global peers, has found that when it comes to selling beauty products—skin care in particular—it pays to mine local celebrities as well as global superstars as spokesmodels. Beauty experts in favor of the practice say it adds an air of authenticity, particularly when a Western brand is courting an Asian, Indian or South American consumer.

A Japanese employee suggested Jampanoi during a brand meeting in Tokyo, recalls de Saint Michel. Upon returning to Paris, he arranged a lunch meeting with the budding actress. “I was immediately seduced.” So, apparently, were Asian magazine editors during Jampanoi’s two-day press tour in South Korea. “She seduced them all,” says de Saint Michel.

Dior is not alone in its bid to recruit locally admired celebrities. The rationale for a micro approach is simple: Engender trust by showing consumers someone who looks like them. For instance, choosing a successful Taiwanese actress to market in China may subtly reassure consumers there that the product pictured in the ad is suitable for their skin.

Maybelline New York, the L’Oréal-owned cosmetics range that sells to more than 90 markets, employs market-specific spokespersons around the globe. “Even though we’re a global cosmetics company, we find that acting locally is crucial,” says Cyril Chapuy, global general manager of Maybelline New York. “Cultures vary so much from one continent to another that understanding the different beauty standards and feminine ideals are key to meeting our consumers’ needs and growing our business. Everything counts to be relevant locally: the contours of the face, the shape of the lips, of the eyes (even the eyelids or eyebrows), the body language and the way to deliver a line.”

Some of Maybelline’s local stars include the emerging Bollywood actress Deepika Padukone in India, Kurara Chibana in Japan, the Thai actress Janie Thienphosuvan throughout Asia and the Chinese actress Ziyi Zhang, who appears in global marketing efforts.

It’s a strategy that works. Valerie Zhang, the beauty manager for Vogue China, credits local celebrities with helping propel Procter & Gamble’s Olay line to bestseller status in China. Maggie Cheung, a well-known actress in China, is the current face for Olay Regenerist, the brand’s premium antiaging line; the Taiwanese model Chiling Lin fronts Olay’s whitening range, and Zhou Xun, a lauded actress in China, appears in ads for cleansers and moisturizers, notes Zhang. “Their faces appear in all mediums, including magazines, TV and in-store appearances. Because of these spokeswomen, Olay has been a top-selling brand in China,” says Zhang.

P&G used that same tactic to introduce Olay to India last year, recruiting Indian actresses to speak candidly about their lives, beauty routines and fondness for Olay Total Effects, says Michael Kuremsky, vice president, Olay global franchise leader. He adds that actress Sushmita Sen has appeared in print and TV ads and in public relations and Internet efforts, and actress Tisca Chopra in advertorials and on the Internet.

“By connecting with aspirational Indian women on a personal, woman-to-woman level, consumers in India felt they could bond with these actresses and trust the Olay brand,” explains Kuremsky.

Gloria Appel, who oversees P&G’s Cover Girl brand as executive vice president, group director, of Grey Advertising, says, “The model has to reflect beauty, but it has to be a beauty relevant to the market.” Appel notes that Cover Girl, which is largely a North American brand, moved away from its blonde, blue-eyed heritage long ago, and consistently uses Hispanic models in mainstream media efforts and in ads specific to the Hispanic community. Over the years, Cover Girl’s spokesmodels have included model Patricia Velasquez, Mexican-born actress Ana de la Reguera and former Miss Universe Amelia Vega.

While the strategy of having local spokesmodels is most often deployed by mass market brands with a broad retail reach, both mass market and prestige brands use advertorials featuring local models to entice consumers, particularly in Asia. One beauty marketer who requested anonymity notes that in Asian markets, prestige brands will generally run a traditional print ad featuring the Western global spokesmodel in the front of the magazine, and a three- to six-page advertorial with Asian models or soap opera stars near the back of the book. The marketing tool is widespread in Taiwan, China, South Korea and Japan, where it can account for 35 to 45 percent of a prestige beauty brand’s advertising spend in the country, according to the executive.

Outside the pages of magazine advertorials, many prestige brands, such as Estée Lauder, Chanel, Lancôme, Avon and Revlon, choose to use their megawatt stars to reinforce their brand strategy worldwide. “Our strategy is a global talent strategy. The focus is to utilize globally relevant, high-profile celebrities,” says Elizabeth Crystal, Revlon’s senior vice president of marketing. Enter Halle Berry, Jessica Alba and, the latest addition
to the Revlon star stable, Elle Macpherson.
Crystal adds the company’s research shows its worldwide customers want to see a high-profile celebrity, often of Western origin, in Revlon’s marketing efforts.

“Those types are celebrities are most appealing and drive success for us,” says Crystal. There are certain instances where Revlon recruits a local model, including in Ultima II and Gatineau skin care advertising visuals. But Crystal notes the Western beauty ideal has broadened
as America’s population has grown move diverse. That broadening, a number of beauty executives agree, makes Hollywood an ideal place to mine talent whose stars burn bright enough to have a
global effect.

“I would argue that Hollywood produces the most internationally known celebrities,” says Stephen Mormoris, senior vice president, global marketing, for Coty Beauty, “which explains the broad penetration and sales U.S. films enjoy throughout the world.”

For its part, the Estée Lauder brand leverages its global spokeswomen worldwide, including Gwyneth Paltrow, Elizabeth Hurley, Carolyn Murphy and Hilary Rhoda. The American-born Rhoda was discovered on Paris runways and it was her European tear sheets that garnered Lauder’s attention. She is the current face of Estée Lauder’s whitening line, Cyber White, in Asia. Estée Lauder group president John Demsey points out that the blonde beauty Carolyn Murphy was a well-known model in Japan prior to inking a deal with the brand. “She was a better known star in Japan than anywhere else in the world before she broke out on the runways in Europe and in the U.S.,” he recalls.

While Lauder doesn’t use regional spokesmodels, Demsey is still a self-professed student of pop culture—wherever he happens to be. After landing in a city (anywhere across the globe), he heads to his hotel room, flips on MTV and grabs a stack of magazines ranging from tabloids and celebrity rags to high-fashion titles.

“I like to get a sense for what the standard is, what designers people wear and what Western stars they like….It’s always interesting to get a sense of what’s aspirational,” he says, adding that after scanning through Russian magazines, for example, it’s easy to grasp the country’s love for “pure, unadulterated luxury,” and in Japan to see the cataclysm of street fashion and high-end designers.

Referring to Lauder’s decision not to recruit local models, he explains, “It’s a question of a point of view. We’ve had tremendous diversity in terms of where our [spokeswomen] come from, but there is a certain elegance and glamour and look to a Lauder model.” He notes, “We are constantly looking for people who connect with our aspirational qualities from a beauty and lifestyle standpoint, and that could very well mean there’s an Asian face or a South American face associated with the brand. It’s more about the stature of the individual as an international star.” Quoting Leonard Lauder, chairman of the Estée Lauder Cos., Demsey adds, “Great faces launch great products.”