By Irin Carmon and Amy Wicks on October 30, 2008
View Slideshow 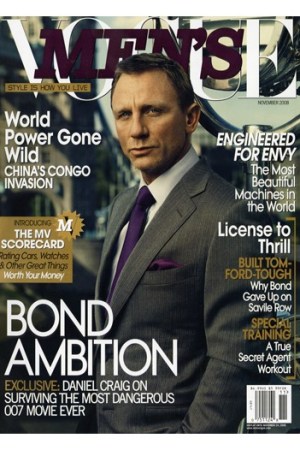 Sweeping job cuts and budget reductions across the magazine industry this week — even in high-end glossies that aren’t used to austerity — have led to worries that no one is immune from the aftershocks of the economy’s crisis.

Having ridden the wave of the luxury boom, or hoped to get a piece of it, many magazines now are finding themselves squeezed by shrinking advertising revenue, in addition to the afflictions that have already beset the newspaper industry, including high production costs and competition for attention spans from the cash-draining Internet.

The belief that the high-end customer would be recession-proof had kept many magazines decently equipped with ad pages even when the overall economic picture dimmed. But with the tremendous wealth of the financial sector drying up, retail sales stagnating, aspirational consumers slamming their wallets shut and many major brands trimming ad budgets — or holding off on committing any spending — publishers seem to be preparing for the worst.

The luxury-oriented titles join the rest of media, traditional and digital alike, in worrying about the future. According to the Publishers’ Information Bureau, magazine advertising revenue declined 5 percent in the first three quarters of the year, to $18.4 billion, and the third quarter itself saw a decline of 8.8 percent. The biggest drop was in automotive, a long-troubled category, but there were also single-digit drops in page numbers from apparel and accessories and from retail.

On Thursday, Condé Nast Publications Inc., which has so far been relatively insulated by its private ownership and stable of affluent-aimed titles (and which also owns WWD), said it would absorb Men’s Vogue into parent magazine Vogue, retaining only editor in chief Jay Fielden (and reportedly his assistant) to edit a biannual supplement.

Portfolio, the ambitious business magazine the company launched in 2006, laid off nearly all of its Web staff as well as several magazine editors and writers, and reduced the magazine’s frequency to 10 times a year. Managing editor Jacob Lewis was said to be going from office to office at the title on Thursday to inform those editors and writers who were being let go, with at least nine being laid off as of Thursday afternoon.

The company is also expected to make budget cuts of 5 percent across its titles, which could include reductions by attrition or layoffs. Advertising Age reported Condé Nast will suspend its Fashion Rocks and Movies Rock concerts and supplements next year.

Publishing director David Carey said Portfolio’s moves were responding to an economic picture decidedly different from the one in 2006, when the magazine launched. The goal, he said, is “a realistic infrastructure, and to not just carry forward all of our 2006 plans as if the world never changed.”

That was also the year that 02138, Radar and Culture & Travel launched, with their own respective fanfares and bids for the wealthy reader. All three of those titles were closed this week.

Every publisher is dissecting its cost structure and stable of titles, from Hearst Magazines to Hachette Filipacchi Media and Time Inc. to Rodale. And in recent days, American Express Publishing, whose titles include Food & Wine, Travel + Leisure and Departures, said it would cut 22 jobs, or 5 percent of its workforce. Hearst quietly began going “floor by floor” to cut costs, notably at the upscale Harper’s Bazaar and Town & Country.

Time Inc. also this week revealed a major restructuring that would claim approximately 600 jobs, which was a general response to the grim economic picture and only the latest in a series responding to the pressure of being part of a public company. “I don’t care if this isn’t technically a recession yet — it is for us,” Time Inc. chief executive officer Ann Moore said, adding that she has never seen so many of the company’s ad clients in trouble at the same time. And, while she noted that the magazines are profitable and the company’s digital transformation has exceeded their expectations, she said it was time for Time Inc. to “tie down.”

McGraw-Hill Cos., publishers of BusinessWeek, revealed this week that the company reduced its workforce by 270 jobs during the third quarter. Wenner Media LLC laid off approximately half a dozen staffers this week, and Meredith Corp. saw its endemic advertising decline by more than 25 percent during the first quarter, in categories including food and beverages, prescription and nonprescription drugs and home.

Publishers say they are having trouble getting firm, longer-term commitments from advertisers who are having to make quick and strategic decisions.

And even digital companies aren’t immune. Yahoo has revealed plans to cut jobs, and magazine publishers have come to realize that it will be a long road until Web advertising can generate anywhere near the revenues of print publications while requiring substantial investments.

Wenda Harris Millard, co-chief executive officer of Martha Stewart Living Omnimedia, which this week reported an 18 percent decline in publishing ad revenue for the third quarter, said in an earnings call this week that advertisers are practicing a “just-in-time buying practice,” and many advertisers haven’t finished budgeting through the end of the year.

Signs are that things aren’t going to get better for quite some time as the economic meltdown moves around the globe and into every business sector. Earlier this month, ZenithOptimedia reduced its forecast for growth in global ad spending this year to 4.3 percent from 6.6 percent, and for next year, the company dropped its forecast to 4 percent from 6 percent. “The bank failures will have a fairly small direct effect on ad expenditure — since financial advertising contributes only about 4 percent of global ad expenditure — but fears for the future will cause consumers to cut their spending, while companies carefully inspect their budgets to find cost savings,” the report said. ZenithOptimedia’s new study also noted that, since its last forecast in June, some Western advertisers have cut back campaigns planned for later this year and postponed setting budgets for next year.

On the ad agency side, WPP Group said Wednesday that it predicts a tough year for 2009, and Michael Roth, ceo of Interpublic Group, noted that the economic crisis has begun to weigh on marketers’ planning for the fourth quarter and next year. “This makes the prospects of a slowdown in client spend more of a risk,” he said.