The line features 171 items from 15 brands ranging from Go Barefoot to Outerknown.

Mr Porter will devote its site to surfing for two weeks in July.

Mr Porter is ready to hang 10.

The digital men’s company is launching Gone Surfin’, a series of exclusive capsule collections embracing the history of surf culture, on July 6.

Sam Kershaw, buying director of Mr Porter, said the company has wanted to do a surfing initiative “for ages. All of us love surf culture” with its bohemian aesthetics and counter-culture Sixties references.

Kershaw said Going Surfin’ is “not a literal surf project, but celebrates the ideals and tradition of the surf tradition.” The collection features a mix of old and new brands including Go Barefoot and Reyn Spooner, which have created authentic Hawaiian shirts since 1957 and 1956, respectively, as well as contemporary surfer Kelly Slater’s Outerknown line and Saturdays, a New York-based brand whose roots are in surfing. 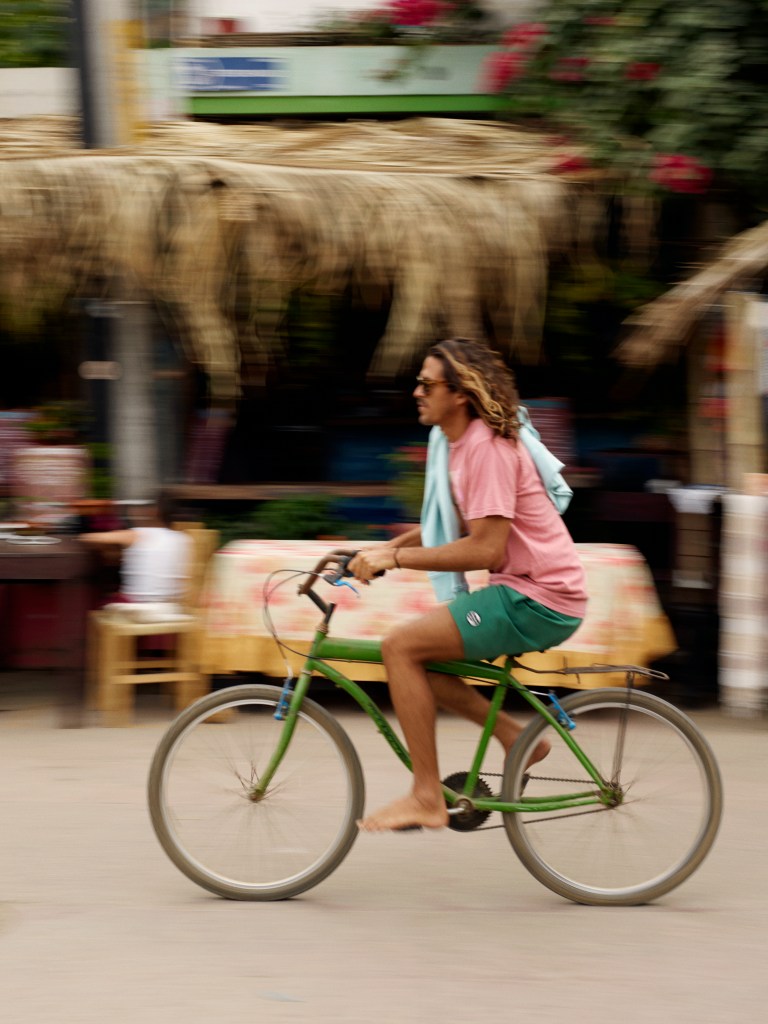 There are also some surprises such as James Perse. “You wouldn’t immediately think of James Perse for surf, but there are a lot of surf influences in what he does,” Kershaw said. “It’s a broader view of what surf culture means. The collection is wide-ranging and the appeal is universal, both for our customers who are surf zealots, through to those whole who like to embrace the casual style.”

Going Surfin’ will retail for $5 for the Salt & Stone lip balm to $1,045 or an Elder Statesman Tranquility cashmere sweater.

To introduce the collection, Mr Porter will launch a global campaign featuring South African professional surfer Michael February along with a series of dedicated editorial in its online magazine, The Journal, as well as on its social media platforms for two consecutive weeks starting July 6. It will include an editorial photo shoot the first week along with an article by leading surfer Jamie Brisick, and a global campaign where surfers from around the world create content for the brand during the second week. A campaign video featuring February will be released on July 9.

Using February for the campaign is especially poignant in light of the recent racial-equality protests. Kershaw said Mr Porter had been working with the Black athlete for nearly nine months, before the protests began, and the choice turned out to be fortuitous. “Hopefully it feels ‘of the moment,’” he said. “There’s always a balance and we want to feel balanced and appropriate.”