Net-a-porter Doubles Down on Daria Werbowy

The Canadian model is the face of Net-a-porter's fall campaign and its Porter Magazine cover. 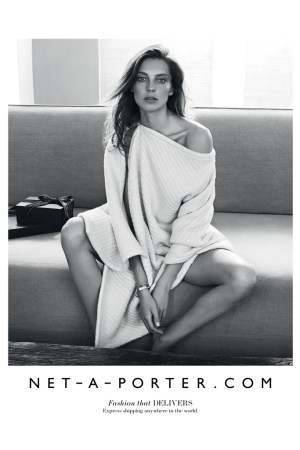 It’s Werbowy’s third consecutive campaign for Net-a-porter, this season shot at The Greenwich Hotel in New York by Saturday Group’s Erik Torstensson; Saturday’s off shoot Wednesday Agency did the creative on the project. George Cortina styled Werbowy in a range of looks from the fall buy, including Stella McCartney, Saint Laurent and Aquazzura. Meanwhile, Alex White, who was recently named Porter’s U.S. fashion director at large, styled Werbowy for the magazine’s fall covers — there were two — shot by Mikael Jansson.