If ReFashion Week 2020 is representative of clothing culture, then brands and retailers may be best to obsess over and eliminate waste.

The programming is dedicated to sustainable fashion and the reuse sector, and it may be surprising to know that one designer, New York-transplant Heron Preston, is responsible for its growing panache.

Back in September 2016, Preston approached DSNY at the start of the Foundation for New York’s Strongest, the Department’s nonprofit arm, which organizes ReFashion Week along with DonateNYC. His involvement began with his concept “Uniform,” repurposing sanitation worker uniforms. 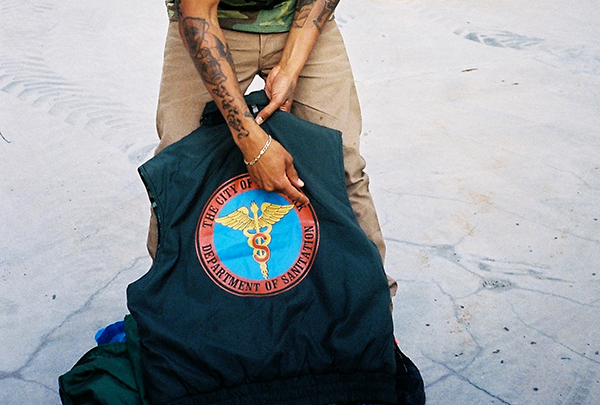 Last year’s show drew 800 attendees and this year draws on synergies within the industry.

“I realized that’s the wicked issue, the environment, that’s what I want to get behind. I’ve always wanted to redesign uniforms for a work force, so the stars eventually aligned,” Preston previously told WWD.

It’s talking trash but make it fashion, calling on shopping app Depop, nonprofit Parley and Eileen Fisher as advisory board members, with VFiles also participating in the event.

“Gen Z is leveraging social media to advance all kinds of concepts, fortunately, upcycling and sustainability is one of them,” said Silverstein.

Workshops will focus on ways to extend garment utility in laundering, “creative patching” or “mindful mending” workshops — with certain spotlights on upcycled fashions.

It builds upon New York City’s previous campaigns, like the online textile recycling map which ran from March to June, in an effort to destigmatize and rethink textile waste — which counts for 6 percent of the waste stream for the city (and hundreds of thousands of tons of material).

“It’s not only about education and rethinking waste — it’s going to be fun,” said Commissioner Kathryn Garcia, who oversees the world’s largest municipal sanitation department. While she jokingly admits her daughter keeps her informed on the coolness of “thrifting” and any outdated lingo, her perspective on the industry is completely modern.

“People across the industry are waking up to the impact that textiles have on the waste stream,” she said. “Many of them came to us,” she said of the partnerships forged for this year’s events.

Beginning in March, New York’s plastic bag ban is to take effect, as the second statewide ban. When it comes to textile waste, at least at the municipal level, DSNY is left with the spoils of its citizens but not legislation. 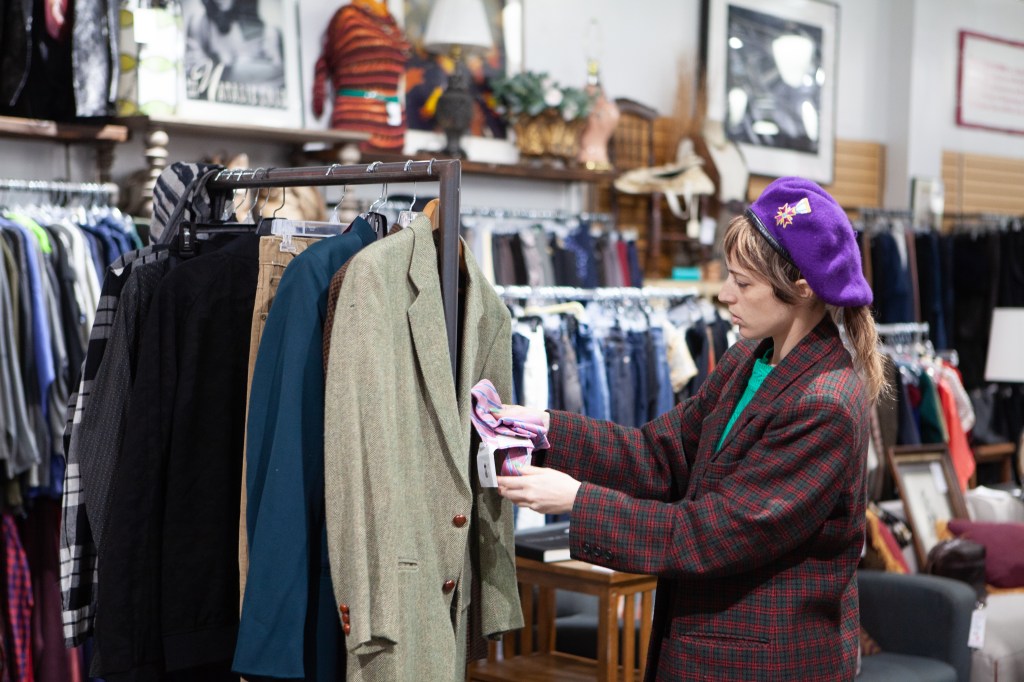 Just this month, France’s first anti-waste law — which includes banning companies from destroying and discarding unsold fashion goods — came into full effect. The French government is already considering a mandatory environmental rating system on a range from A to E for apparel brands and retailers.

With many citing a less-than-thrilling New York Fashion Week, the timing of ReFashion Week is “absolutely intentional,” stretching out the media impact of NYFW but not overstepping boundaries, according to Garcia.

However, for some industry players, it is echoing a threat, as it’s calling consumers to be “pushing back a little bit at the concept of fast fashion.”

“It is still a budding industry on the sustainability front,” said Garcia. She calls for brands to think about what’s going to happen to garments at the end, to educate the customer at the point of sale and for people, in general, to not equate clothing to “garbage.”

Treating damaged goods as assets, Carmen Gama, design and production manager of Waste No More at Eileen Fisher, said: “Not only do we resell the like-new garments, but we made a commitment that we were going to find solutions for the damaged inventory and we have done so for a couple of years now, making us a leader in the space.”

When asked how to keep post-event momentum, Garcia said: “That’s a very good question.” She cited the 1,422 RefashionNYC bins as of this January, among takeback programs and conferences within the reuse sector as an impetus for change.

Since the program started in 2011, over 232 million pounds of clothing and textiles have been recycled through the program.

Brands, Recyclers and NYC Department of Sanitation Team Up to Recycle Fashion

Montreal a Front-runner in Sustainability Movement