A still from Matteo Garrone's film for Dior

PARIS — The results for the first online editions of Paris Couture Week and Paris Men’s Fashion Week are in.

The Fédération de la Haute Couture et de la Mode on Tuesday published the first figures regarding online response to the virtual shows. While it did not provide a breakdown of its figures, YouTube and ListenFirst, a social media analytics platform, separately issued more detailed data.

The videos produced for events listed on the official calendar, held between July 6 and July 13, drew a combined audience of 19.4 million views on its partner platforms, according to French fashion’s organizing body. They garnered 5.6 million views on YouTube and 13.8 million on Weibo, Tencent Video and Bilibili.

The filmed content was posted to two platforms created by the federation in partnership with Launchmetrics, the data research and insights company for fashion, luxury and beauty. The hubs, which can be consulted at fhcm.paris until Sept. 15, drew a total of 202,000 visitors and 490,000 page views, it said.

Launchmetrics calculated the media impact value, or MIV, of the combined eight days of couture and men’s shows, using its proprietary algorithm, which measures the impact of placements and mentions from voices in fashion, luxury and beauty, across social media.

It said the total MIV of the period was $65.1 million, of which $50.8 million was generated by couture and $14.3 million by men’s. By comparison, the data technology company had estimated the MIV of Paris Couture Week last year at $56.7 million, and $35.7 million for the men’s shows in June 2019.

“It’s in no way comparable to a physical event, but that doesn’t mean it’s a failure,” said Morand, noting that MIV tends to be four to five times superior for physical events, where participants such as influencers relay the content online.

“It goes to show that online events are no substitutes for physical events. It’s a different kind of event that completes the physical event, and that allows us to get an even better sense of the importance of physical fashion weeks,” the executive continued.

“I’m touching wood for September, even if it’s likely that we’ll have a combination of physical and online shows,” he added.

Launchmetrics said the digital Paris events had a more global and dispersed reach, with more than 10 percent of coverage coming from Asia. Typically, the majority of coverage comes from France, the U.S. and the U.K., it noted.

Owned media played a much larger role this time, with the proportion of MIV more than doubling. Meanwhile, the season provided more exposure for smaller brands, many of whom saw their number of placements increase, Launchmetrics added.

It concluded that brands who leverage both physical and digital experiences to create share-worthy moments will be the winners, underlining the importance of amplifying digital assets.

“The current landscape is changing rapidly and because of this, access to real-time measurement will be pivotal for brands as their amplification initiatives will continue generating results through their own channels, after fashion weeks, and data will be their ally for identifying consumers’ perception moving forward,“ said Michael Jaïs, chief executive officer of Launchmetrics.

Most members and invited houses took part in the operation: 33 houses on the official haute couture calendar and 67 on the men’s schedule. The federation teamed with partners including Google, YouTube, Instagram, Facebook, Canal Plus, The New York Times and Hylink to amplify the content.

Talia Yates, a spokeswoman for YouTube, said 80 brands took part in the partnership between the federation and YouTube, of which 19 were new to the online video-sharing platform. There were 30 brands for couture, including eight newcomers, and 50 for men’s, with 11 first-timers.

The most viewed videos for couture were Dior, Chanel and Iris van Herpen, while the top videos for men’s were Louis Vuitton, Dior and Thom Browne, she said.

Among the standout videos singled out by YouTube for couture were Viktor & Rolf, Dior and Iris van Herpen. For men’s, it praised Dior, Thom Browne, Reese Cooper, We11done, Bluemarble, Henrik Vibskov and Amiri, alongside upstarts KidSuper and Cool TM, as well as Balmain, which filmed its fashion show on a barge on the Seine.

ListenFirst ranked the top 10 brands with the most social engagement during both fashion weeks. Chanel came first for couture, with an engagement score of 1,838,709 between July 6 and 8, down 21.66 percent from the same period last year, when the brand staged a physical show at the Grand Palais.

Chanel’s best-performing video during the period was a tweet showing off a flowery dress, which captured almost 5.5 million public video views.

Valli was the season’s big winner, with a jump of more than 500 percent in social engagement. The Instagram audience responded in particular to a massive pink tulle evening gown that generated 45,059 responses.

For men’s, the top ranking brand was Dior with a social engagement score of 2,560,982, representing a rise of 51.25 percent versus the same period a year ago. A behind-the-scenes look at the making of the collection, inspired by Ghanaian painter Amoako Boafo, received 174,453 views on Facebook. 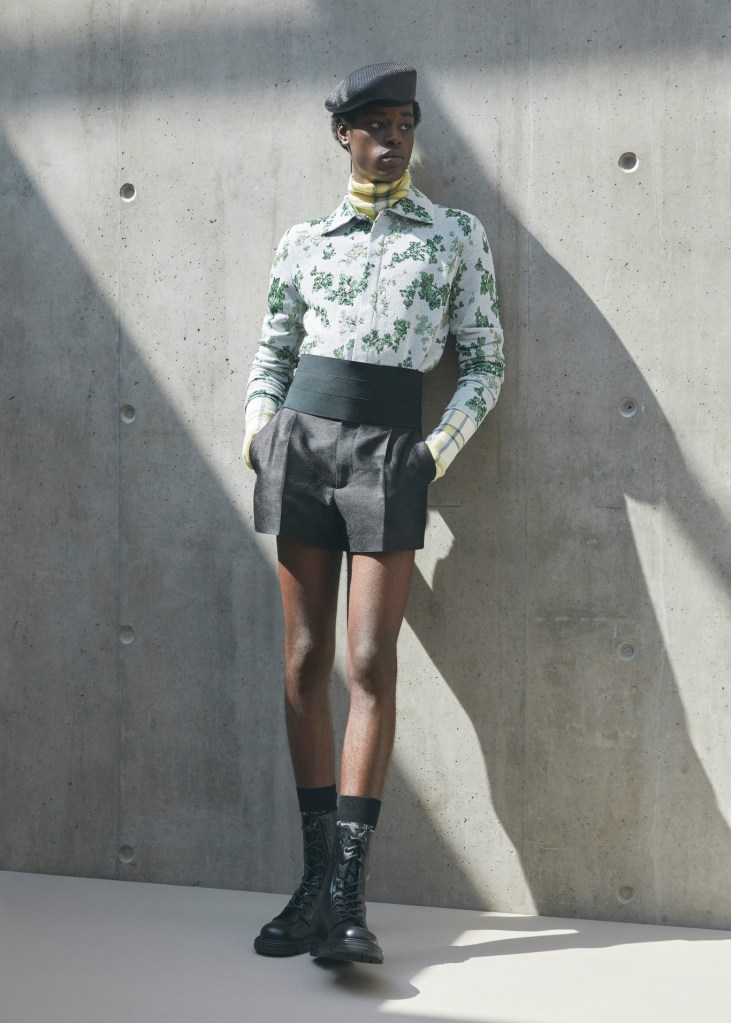 ListenFirst also noted a lot less real-time conversation around Paris men’s shows compared to last year, with just 3,311 tweets on the subject, versus 117,879 between June 18 and 23, 2019.

Tracy David, chief marketing officer at ListenFirst, said that while individual collections are generating attention, they’re not getting the amplification that occurs from presenting in the context of an in-person fashion week.

“Around future virtual fashion weeks, event organizers might want to consider sharing all of the videos under one unified social handle or find ways to virtually incorporate celebrities to restore some of the pomp and circumstance around the event,” she said.

The Milan showcase, which kicked off on July 14 and featured brands such as Prada, Ermenegildo Zegna and Gucci, among others, had the highest impact, amassing 6.24 million euros in EMV, followed by Paris, with an EMV of 2.68 million euros, and London Fashion Week that generated 1.81 million euros, or 17 percent of the total.