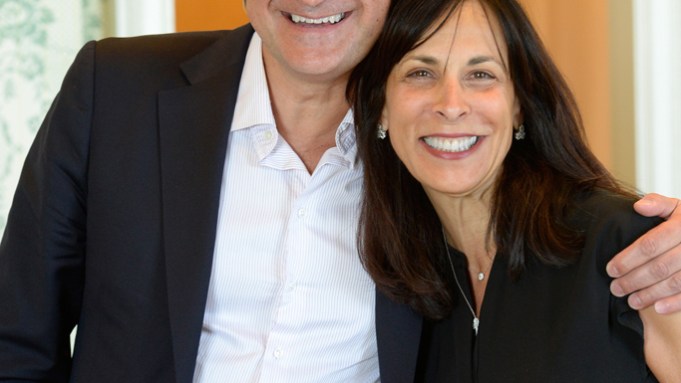 PALM BEACH, FLA. — At its 121st annual meeting here last week, the Personal Care Products Council took an enlarged global view of the beauty industry through the eyes of the smallest of companies.

Before taking over as chairman of PCPC, Thia Breen, group president of North America for the Estée Lauder Cos. Inc., sat down for a far-ranging discussion of industry issues. Approximately 461 people, down slightly from 2014’s 497, attended.

Breen acknowledged the role played by outgoing chairman E. Scott Beattie, chairman and chief executive officer of Elizabeth Arden, in bringing more of a global focus to the organization. Breen plans to continue that international harmonization while also giving every business, large or small, an equal voice in her regime, and sharpening the industry’s digital focus.

Before her speech, Breen discussed challenges and opportunities for the market as she assumes her new role, noting that 14 countries, including the U.S., Canada, Australia and the European Union were represented.

“As we look at the global beauty business, and the growth engines of it, we know our products are safe, but the regulations that we have on a global basis have to be understood by all of our members,” Breen said. “And we have to have a coalition to collaborate on some of these important issues, because it isn’t just our federal government, because this is many governments. And I want to make sure we’re serving small companies as well as large companies. It’s very important in this industry and in this country that we realize the power of small businesses. Their innovation has changed how some beauty categories do business — and plenty of them are not going to stay small.” This is particularly important in an era where indie upstarts are proliferating rapidly.

Breen would like to see all companies be able to capitalize on the growing global market, the topic of a speech by Ambassador Robert Holleyman, Deputy U.S. Trade Representative, who oversees U.S. trading in China, India and Central Asia. “We are looking at the most ambitious market opening agenda in at least a generation or more,” Holleyman said. “The U.S. currently exports in excess of $11 billion a year for cosmetics and personal care products internationally.…There are new agreements that will allow you to capitalize on those market opportunities in the years ahead.”

The Trans-Pacific Partnership is at the top of Holleyman’s list. “It’s the foundation on which we’re building much of our current activity,” he said. The TPP, he noted, is an initiative that the U.S. has been involved with for the past five years that would expand America’s free trade opportunities with 11 countries, including Japan, Australia, Malaysia, Vietnam and Chile. “In 2014, the U.S. exported more than $5 billion in essential oils, perfumery and cosmetics to the TPP countries alone — almost half of the total export of U.S. cosmetics and personal-care exports,” Holleyman said. “We think this agreement would provide accelerated opportunities to sell and export into those markets.” Tariffs as high as 30 percent would be eliminated in some TPP partner countries, he said, and difficult regulatory and customs procedures would be eased. The TPP also has an e-commerce component that will prevent future market access limitations and opportunities to expand in digital trade, he said. “When concluded, the TPP will give the companies in this room greater access to some of the fastest-growing, most dynamic markets and economies in the world,” he said. “The economies that are part of the TPP are the source of 40 percent of the world’s total economic outlook. We think that fact alone is worth getting excited about.” He also pointed out that 95 percent of the world’s consumers live outside the U.S., and that exports have played a crucial role in jumpstarting the U.S. economic recovery over the past six years, generating one-third of the growth of the U.S. economy since 2009 and accounting for nearly record-high 13 percent of the U.S. gross domestic product.

Holleyman noted that the U.S. is looking to forge a similar agreement across the Atlantic, and is in discussions with the European Union for a trans-Atlantic version of the TPP. Once that agreement is worked out, the U.S. would have access to two-thirds of the world population, he said.

And the world is increasingly more global. “We’re dealing with a traveling consumer, from Shanghai to Flushing, Queens,” Breen said. “Wherever she sees it, she’s involved in it, whether she’s walking through the aisles of Duane Reade and sees lipsticks or whether she’s walking through Bergdorf’s. In many other businesses, you compartmentalize — where you get your shoes, for instance. In beauty, you don’t stop being involved in the category.”

A hot legislative topic domestically was related to microbeads, which are used in products such as facial scrubs and toothpaste. About 19 states to date have introduced legislation regarding this ingredient. When products containing microbeads are used in the home, the beads are rinsed down the drain and into the sewer systems. Because of their small size and buoyancy, microbeads escape treatment by sewage plants and are discharged into rivers, lakes and oceans, say advocates of eliminating them. New York State was one of the first to pass legislation last May, with New York State Attorney General Eric T. Schneiderman’s Microbead-Free Waters Act. Advocates say that when seabirds and fish ingest them, they are often contaminated with PCBs.

Digital is also changing the landscape of the beauty industry, and PCPC members must adapt to move forward, Breen asserted. “These days, it’s about your iPhone,” she said. “The consumer uses her iPhone even when she’s standing in the aisle in front of the product, because she’s comparison shopping. That’s just the new normal in shopping.” This is a seismic shift from the beauty industry of the late Nineties, she noted, when many companies were afraid of selling online and on TV shopping channels. “You have to be in all the channels and you have to provide a different sort of experience, because the consumer is going to be in all those channels — department stores, specialty stores, online. The most recent numbers we’ve looked at indicate that if a consumer has a dozen beauty products in her cart, maybe eight of them will be mass and four prestige. If she were to lay out everything she has in her handbag today, she doesn’t see it as mass or prestige. She looks at it as she has a lipstick, an eye shadow or whatever. She may see a difference between a $16 and $60 product, but to her it’s not quite as compartmentalized as we [in the beauty industry] would see it.”

One of Breen’s first priorities is meeting with the heads of global beauty associations to identify the key issues in their particular markets.

“Working together globally is a critical component to the future success of the industry,” said Beattie, noting that recent global collaborative successes have included sharply increasing the number of ingredients on China’s safe ingredients list and the International Cooperation on Cosmetics Regulation. The ICCR is a voluntary partnership among the health authorities of Canada, Europe, Japan and the U.S., with participation and technical support from the cosmetics industry associations of the four jurisdictions. The multilateral framework provides a forum for discussions on alignment of cosmetics regulations within the member jurisdictions, said Lezlee Westine, PCPC’s president and ceo.

“These provide a strong foundation for improved global regulatory harmonization,” said Beattie. The effort is also bearing fruit domestically, he said. “Over the last 10 months, we have worked with Sen. Dianne Feinstein [D., Ca.] and multiple stakeholders on proposed cosmetic legislation that would update the 1938 law that currently governs our industry. While the bill has not yet been introduced, we will continue to work collaboratively with Senator Feinstein and key groups on appropriate legislation. At the state level, the Council prevented over 200 state bills that would have had a negative impact on our industry. We can all agree that one strong national standard is better than 50 individual state laws.”

“It is imperative that our industry continue to drive the conversation about the issues affecting our companies,” Westine said. “We must come together to set priorities and to collaborate on ways we can continue to provide safe, innovative products that families around the world use every day.”