Playing the Ad Game in the Age of Print-Plus

Print remains key for most fashion companies, but now brands also want programs to interweave mobile and digital — and not just a banner ad on their Web site. 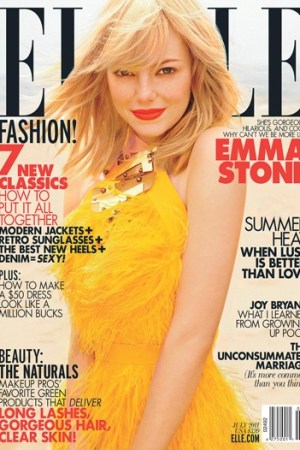 With only a few weeks to go before fashion magazines close their all-important September issues, media buyers are using those words to implore magazine publishers to think big if they want to win the business of their clients. And they’re playing a game of chicken — waiting longer and longer to commit to buying an ad.

“The magazine media landscape has evolved over the past couple years where normal or typical is the ‘abnorm,’” said MediaVest’s Robin Steinberg, adding that marketers want to test and learn the new frontiers of publishing with approaches that go far beyond print to cover mobile, social networking and e-commerce.

As brands expand their activities on Facebook and Twitter, ramp up their e-commerce operations and move more and more into becoming their own content generators, they are demanding magazine companies adapt to the new media landscape. Print remains key for most fashion companies, especially in the important fall shopping season, but now brands also want programs to interweave mobile and digital — and not just a banner ad on the title’s Web site.

Meanwhile, magazine companies are eager to capitalize on their recent agreements with Apple regarding the iPad by introducing their own apps in hopes they can generate additional revenues from single-copy sales.

W is kicking its innovation up a notch in September, during New York Fashion Week, with the launch of its first iPad and iPhone apps. On the iPad, the W app will be free and offer one new item a day that could be shoppable, with the ability to e-mail it, tweet it and post it to Facebook. For the iPhone, the app will provide an insider guide to the collections as they move from New York to London, Milan and Paris.

As for good ol’ print, still the bread and butter of the balance sheet, publisher Nina Lawrence still has a few more weeks of pounding the pavement. As of Monday, she said W will be up single digits in paging (last September, the issue was up 30 percent, with new editor in chief Stefano Tonchi at the helm). This is on top of a roughly 5 percent increase in paging for the first half, according to Media Industry Newsletter.

“Print is still very much the core of communicating branding and sales but, yes, everyone wants more,” said Lawrence, who added that advertisers are waiting as long as possible to commit. She said Neiman Marcus, Saks Fifth Avenue, Hermès, Versace, Bally and St. John represent brands that are either new to W or have increased their business with the title.

Last year’s winner in September ad paging was Vogue, with 532 pages, up from 429 in 2009. Publisher Susan Plagemann could not be reached on Monday, so Lou Cona, chief marketing officer at Condé Nast, spoke more broadly about how the creative integrated programs offered to advertisers have resulted in twice the number of programs sold year to date. They enable clients to “tap into expertise in custom content creation, digital innovation and social media activation at a level far above our competition,” claimed Cona. He said there is a steady increase in paging and revenue at Condé Nast and expects a strong second half, with beauty, auto and business-finance as category growth leaders for the company.

InStyle, last year’s runner up in the September paging game to Vogue, is keeping its figures close to the vest. During the first half, the magazine was up almost 5 percent to 1,156, but industry observers agree that’s no indicator of what will happen this fall.

Elle, which came in third last September in paging, has one more week of calls to go before this year’s September issue closes. New publisher Kevin O’Malley is looking for organic ways to deepen advertiser relationships. Last year, the magazine was up almost 18 percent in pages for September to 382 (however, all the core fashion titles were up double digits last September having come off a brutal 2009 that saw paging down dramatically).

O’Malley talked about Elle’s recent work with Theory as an example of how he’s planning to mix it up with creative ad programs. Elle editors and contributors, including Joe Zee and Kate Lanphear, took Olivier Theyskens’ debut collection for Theory and styled it several different ways for elle.com. The feature was linked to e-commerce, with readers being able to buy the looks as they viewed them. “We created desire and wantedness and it’s the tip of the iceberg. We’ll be doing a lot more of this as we move forward. It needs to go beyond the magazine or the event,” O’Malley said, adding that signature programs, such as the Women in Art issue for December, need to be leveraged in a deeper way.

O’Malley, in the final stages of his first official close at the magazine since taking over in June, reports it will go down to the wire as advertisers wait longer and longer to commit in case there is another economic wobble — or they can get a better deal from another title.

Elle, which is up about 15 percent for the first half, is now officially part of the Hearst family, but the title won’t be included in group buys with Marie Claire and Harper’s Bazaar until 2012. Another new publisher to Hearst, Carol Smith, who has been at Harper’s Bazaar for about a month, is working on the September issue but admitted that it’s the March issue she’s more focused on. According to Media Industry Newsletter, Smith has some work to do, since the magazine’s ad pages in the first half were down 5.4 percent.