Being cheap can be costly. That’s the conclusion of Ellen Ruppel Shell, author of the new book “Cheap: The High Cost of Discount Culture.” 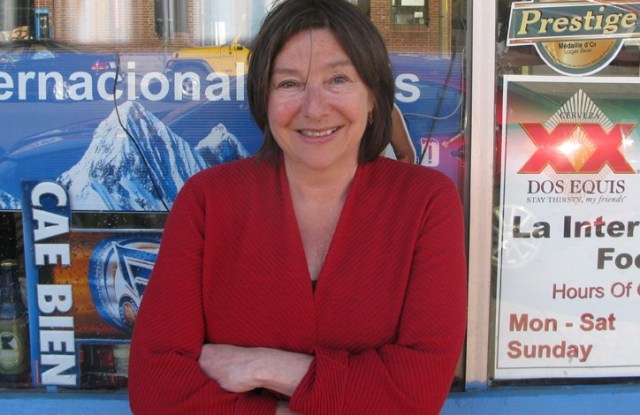 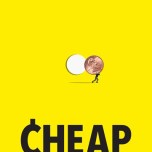 Being cheap can be costly. That’s the conclusion of Ellen Ruppel Shell, author of the new book “Cheap: The High Cost of Discount Culture” (The Penguin Press), who argues that American consumers’ fixation on low price and bargains leads to poor quality merchandise, which harms both individuals and the environment, and discourages creativity and innovation.

“We rail against exploitation of low-paid workers in Asia as we drive 20 minutes to the Big Box to save three bucks on tube socks and a dollar on underpants,” writes Ruppel Shell, a correspondent for The Atlantic and a professor of journalism at Boston University. “We lecture our kids on social responsibility then buy them toys assembled by destitute child workers on some far-flung foreign shore.”

The fascination with buying discount instead of full price has elevated factory outlets to being the fastest-growing segments in the retail industry, and the nation’s leading tourist attractions, she said.

Ruppel Shell’s theme, particularly in a period of renewed consumer frugality, won’t gain traction with those who contend offshore manufacturing and economies resulting from globalization have made a wider range of stylish goods available to more people than ever.

“Paying retail today is a sucker’s game,” writes Ruppel Shell, who traveled in the U.S., China, India, Africa and Europe during her research and conducted more than 100 interviews. “Despite discounts galore, Americans habitually feel they are paying too much.”

WWD: Is it fair to say globalization, economies of scale and off-shore production help make products affordable to people who would not otherwise be able to afford them?
Ellen Ruppel Shell: Yes, but the question becomes, were we not to search out the lowest priced labor and resources around the globe to produce these goods, would more Americans have better paying jobs and be able to pay a bit more for their goods? This raises the question of whether it is necessary to acquire large quantities of goods — regardless of the circumstances under which those goods were made — which can include exploitation of labor, environmental degradation, an erosion of quality and even economic decline.

WWD: Isn’t Wal-Mart’s success [among others, including IKEA] an indication that consumers have found a combination of price and style there that strikes a chord?
E.R.S.: Wal-Mart has not been universally welcomed across the globe, for example, in Germany [Wal-Mart exited the country in 2006]. Wal-Mart grew its market through economies of scale and by offering, in some cases, the lowest prices, in others, merely the impression of low price. Its supply chain is highly innovative, and it manages to squeeze out efficiencies smaller companies cannot. The whole point of “Cheap” is that low price, and the appearance of low price, is highly seductive, but it does not always lead us to the wisest decision.

WWD: What alternatives or solutions do you propose to discounting?
E.R.S.: I don’t object to responsible discounting for the right reason: overstock, out of season, slight defect, etc. Seasonal sales are not the problem. What my book is about is the overwhelming push toward ever lower prices for a wide variety of consumer goods and the consequences thereof. I’m asking consumers to look beyond the price tag to value that will benefit themselves, the retail sector and, ultimately, society as a whole.

WWD: Why is America fixated on wrangling the lowest prices?
E.R.S.: One of the things we know about price is, when it gets lower and lower, that sounds better and better. We may not know where something is made, how it’s made or who makes it, but we still get very excited about low prices because they trigger the deal-making instinct in us and the idea we can win the game of bargain hunting. It’s not the reasonable side of our brain, it’s the more impulsive, reactive side that gets attracted by discount fever….And we end up buying things we didn’t think we were going to buy and are not sure we really want. But we enjoy playing the game.

WWD: What are the dangers of believing quality goods can be bought at low prices?
E.R.S.: Every day is a sale day and every day is a discount. And the only way that can happen is if the goods are produced by very low wage labor and sold to us by low wage workers. We’ve built our society, at least for consumer goods, on the model of very low prices and wages, and not expecting very much.

WWD: How has shopping in America become “Wal-Martized?”
E.R.S.: Wal-Mart has certainly led to lower concepts of quality in America, that quality is only for rich people and if we want something good quality we have to pay a lot for it. But that is a false dichotomy….They are incredibly successful, the largest retailer in the world, and have done a great sales job on us. But a third of the things they sell are no cheaper than they are in other stores, so it’s not necessarily the cheapest place in town. But they sold us on the idea that it is and will squeeze every nickel out for us.

WWD: What retailers offered good prices and value?
E.R.S.: John Wanamaker and Frank Woolworth both built empires on price. Wanamaker was interested in making good lives for his employees and customers, and Woolworth was interested in building an empire for himself, employed women for $2 to $3 a week, then scoured the world to find the cheapest stuff he could possibly find. Wanamaker was a religious man and had a completely different attitude, but what won out was the Woolworth model: The idea of paying people as little as possible, building things as cheaply as possible, worrying less about quality, and just open the doors and customers will fly in.

WWD: Do American consumers resent China being the low-cost factory to the world?
E.R.S.: There is growing backlash against China, especially from people who lost their jobs due to offshore competition. We’re angry about their rise in jobs and are unhappy with the quality of merchandise made off shore. But the demand we put on retailers for ever-dropping prices gives them no choice but to do this….We understand wages are higher here, but their wages may be so low it makes it impossible for us to compete with them. I’m a big fan of free trade, but I also believe the playing field is not flat.

WWD: Your book says 55 million Americans shop at least one of the nation’s 300 outlet centers every year. What is the consumer fascination with outlet malls?
E.R.S.: They offer a wonderful combination of brand and price, with most stores having brand names. There’s no Macy’s, no Filene’s, no Bloomingdale’s. It’s North Face, Coach, Juicy, Couture, etc. — and those brands give a connotation of quality. You feel you’re guaranteed quality by the brand, yet you are still getting a great deal. It’s almost a perfect combination.