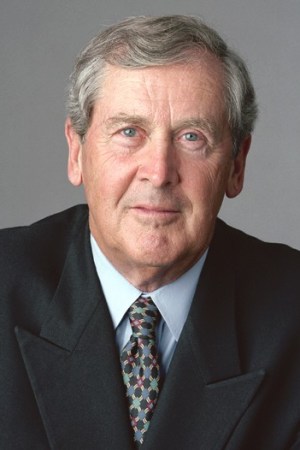 The self-described curmudgeon rails against the Internet as a “sewer [that] needs to be filtered carefully or else it’s a nightmare” of inaccurate information.

Strong marketing campaigns in the 21st century are best built on pithy statements of what a brand represents, rather than flashy technology, a rush to social media or glib sloganeering, Trout emphasized in an interview at his office in leafy Old Greenwich, Conn.

The reason? Winning over customers turns on how they perceive brands — a straightforward challenge that’s gotten tougher with stiffening competition, mounting socioeconomic changes and the global financial crisis. What hasn’t changed, though, is the power of a simple marketing message.

These conditions spurred the president and founder of marketing consultant Trout & Partners to write “Repositioning” (McGraw Hill, $26.95) 30 years after publishing his bestseller, with Al Ries, “Positioning: The Battle for Your Mind.”

“You win or lose in the mind of your customer,” Trout said, shortly after the November publication of “Repositioning,” which was written with colleague Steve Rivkin. “That’s the game. So you have to use repositioning to evolve,” to change people’s perceptions of an existing brand — an admittedly difficult task, the marketing consultant noted.

Levi’s was hurt during the status jeans craze, Trout said, distracted by the phenomenon. “Levi’s kept saying all these new people are selling really expensive jeans,” he recalled. “Why can’t we do that?” Trout’s response: “Well, you’d need a new brand. Once you know what you are, you keep that idea.” To reposition itself against status denim, Levi’s best bet would be to play up its heritage and kiss off the expensive alternatives, Trout said, adding: “The real thing is Levi’s. You want to buy the kids’ jeans? That’s fine with us.”

WWD: In “Repositioning,” you write about the importance of boiling down brand marketing to a positioning statement of a few simple sentences or words…
Jack Trout: …One word. Or a couple of words.

WWD: How well do you think this is being done today?
J.T.: Not well. What you’re seeing — just look at television, look at print — is the rise of meaningless slogans. If you don’t differentiate your brand in a meaningful way, you’re going nowhere.

I’ll give you an example, which I’m going to talk about in Korea. What’s a Samsung? Samsung is number one in television sets today. Number two in cell phones. Very big in memory chips. You know what they are? They’re the world’s fastest-growing electronics company. It’s that simple.

WWD: To me, they’re plasma flat-screen TVs.
J.T.: Take Zara, the hot fashion-for-less retailer. I was just in Spain and they get really nutty about the fact that Spain gets high marks for tourism and sun and beaches, but nobody ever talks about their brands.

WWD: Do you have a pithy phrase you would make positioning Zara?
J.T.: I would say: It’s high fashion for less. That’s what they’ve done. You could also say: It’s the king of knockoffs. (laughs)

WWD: Do the hardships of today’s economy affect the tone you’d use in positioning brands?
J.T.: Prestige is out, value is in. To buy something to impress somebody is not socially acceptable. You reposition yourself away from being a fancy watch to being an investment. It will go on from generation to generation.

Let’s say you’re a high-end retailer. The answer there is sneaky sales. E-mails to your better customers. You’ve got to be careful of the visibility. You can’t have a high-quality place and suddenly go down. Coach has come up with the Poppy line of $100 bags. How will that impact the $200 and $300 bags they sell?

WWD: In “Repositioning,” you talk about the surprising changes people are experiencing. Does reassurance bring anything to marketing a brand?
J.T.: Where that is a problem is when you have mergers and acquisitions. When you lose your line to the past, you don’t have a good line to the future. Reassurance comes with heritage. A very fancy guitar [C.F. Martin], well known, reintroduced a guitar they made years ago, during the last recession. They got rid of all the fancy stuff. Back to basics.

WWD: Does this scenario tend to bring the luster of C.F. Martin along with the value of the One line of guitars?
J.T.: It keeps the heritage and it’s a value story. It’s still made by the same company, with high quality, but we don’t have the frills. There’s a going-down story that didn’t undermine the confidence that people had.

Good marketing is good storytelling. It’s so funny, because someone will walk into a [C.F. Martin] store, look at the simpler One, and like the inlays [of the more elaborate guitars]. They still might buy the nicer one when they see the visual changes. Again, it’s a story.

WWD: What about Gap? Gap is a brand that’s tried to reinvent itself.
J.T.: What’s a Gap? What’s a Gap is the problem. What is it?

WWD: What would you suggest to them?
J.T.: I think they have to settle on something. They seem to be flailing. What’s that last gimmicky thing I saw? A bunch of people dancing around.

WWD: What do you make of this Gap holiday cheer campaign?
J.T.: I don’t quite get the story there. It gets back to the endless sloganeering; the clarity of what Gap represents.

WWD: For many years, Gap thrived on basics: chinos, jeans, button-down shirts. But people’s closets filled up with those things and it was “Now what?”
J.T.: Some of those problems are not easily solved. The impossible isn’t possible. If you change, you become nothing. You walk around the Gap and there are a lot of things you can find in other places. What’s the differentiation? Gap could be classics. But you have to tell a story about, number one, “You’ll never go out of style, because it’s a classic,” and number two, “It’s designed to last a long time.” I don’t think they can go much beyond that.

WWD: In your new book, you mention Levi’s as one of a string of brands hurt by underestimating their competition. Is there anything you’d recommend to Levi’s as an Rx?
J.T.: Levi’s invented the jean. “The real thing is Levi’s” — a play on Coke, the real thing. It’s probably the best thing they’ve ever come up with. That sets up “We’re reinventing it.” I always felt Levi’s should pursue the heritage story.

Pepsi came out with “The choice of a new generation,” as opposed to Coke as “The real thing.” What do you [Coke] do with that? Suddenly the kids are going for this [Pepsi]. You say, “Look, kid, when you grow up and you’re ready for the real thing, here we are.”

WWD: What’s inspiring you these days? What’s exciting you?
J.T.: I’m depressed. I’m not being inspired. Look, Obama inspired me a lot, but I see what he’s up against.

I’m a bit of a curmudgeon now. You see a ton of hype about the Internet. I spend my life saying to people, “Wait a minute. The Internet is a marketing vehicle, a work in progress.” The key is still “What is your story?”

WWD: What are you finding depressing? Has the state of the global economy got you down?
J.T.: Everything. The financial crisis. The Wall Street people.

WWD: What prompted you to write “Repositioning?”
J.T.: The world has changed since 1980. We have the three ‘Cs’: amazing competition, enormous amounts of change and the crisis, which we’re all trying to work through. It turns out repositioning is better at the three Cs than positioning is. Positioning was all about establishing a point of difference in the mind. Repositioning is about adjusting perceptions in the mind. It’s exceptionally hard to change people’s minds.

WWD: Are you surprised Sears hasn’t focused on the strength of its brands in repositioning the store?
J.T.: I was there. I said: “This is what you gotta do.” They never focused on the fact they had America’s favorite brands there. They had Craftsman tools, they had Kenmore, they had DieHard, they bought Lands’ End. “Home of America’s favorite brands” is what they should have been building Sears around. They’re not going to out-price Kmart or Home Depot.

What is Craftsman? It’s the number-one tool in America. Kenmore is the number-one appliance. You have to start to tell me more about those brands. Let’s not worry about Sears stores per se.

WWD: Did they give you any rationale for rejecting your idea?
J.T.: They never do. The repositioning, or even positioning, begins and ends with the chief executive. Who is the number-one marketing ceo of all time? It’s Steve Jobs. At Apple he is involved in every ad, design and what those products look like — he’s an absolute nutcase. Steve Jobs is a brilliant marketing guy who happens to be a ceo. Ceo’s have to be involved, understand the strategy, think about it and make a commitment to it. That’s the trouble with a lot of big companies — they just don’t think like that.

WWD: You write about traditional media as “consorting with the enemy” because of putting free content on the Internet?
J.T.: It’s the free information. What is the impact going to be on paid media?

WWD: Do you think newsweeklies have a future, the way news and information are being disseminated these days?
J.T.: I told Newsweek what they should do is become Opinionweek. We’re not here to give you the news; we’re here to give you a better understanding of what’s going on. We’re going to have some of the best opinion makers out there and they’re going to be our stars. The newsweeklies realize they can’t keep up with the news anymore. It’s tough out there. Look at the newspaper business.