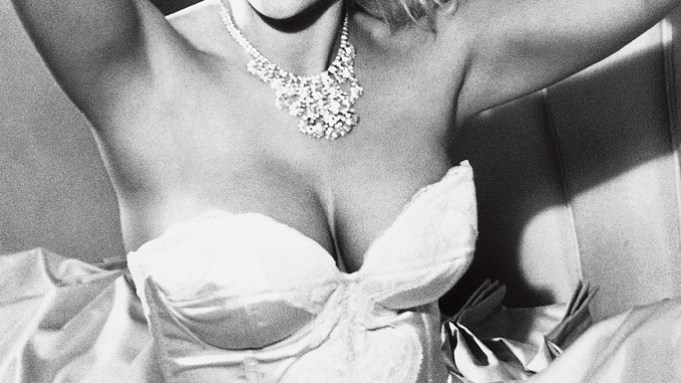 Ever since Paul Marciano made the decision in 1986 to switch Guess’ advertising photography to black-and-white from color, the Los Angeles company has left indelible imprints in branding with its striking images of sexy Guess Girls. WWD asked Marciano, who serves as Guess’ chief executive officer and creative director, to share highlights from 30 years of marketing campaigns.

WWD: How do you pick the women who become Guess Girls?
Paul Marciano: I like to meet the models, but even more important to me is to see a photo. I find it is really important to see what the chemistry is between the model and photographer, which really is the key to a successful shoot. A successful shoot, after all, is the basis of a memorable campaign.

WWD: What are some traits that a Guess Girl must have? What are some no-no’s?
P.M.: Since the day we started Guess, the brand has always stood for young, sexy and adventurous, and it is these same qualities that I look for in the models that become Guess Girls. They also have to look healthy. When the waif look first came into fashion, Anna Nicole Smith was in the Guess campaigns looking like a real woman. A girl who looks too thin and unhealthy does not look sexy to me, and she does not look right for Guess.

WWD: Guess has also featured male models in its ad campaigns, such as Alex Lundqvist, Jason Lewis, Tom Skerritt, Tyrese Gibson and Mark Vanderloo. How did you pick the men to appear in the ads? What’s been the response to the men in the ads?
P.M.: The Guess Guy has to have a masculine presence and project a strong personality as a counterpoint to the sensuality of the women in the campaigns. With Tom Skerritt, I think people thought he was an interesting — maybe not the most obvious — choice for a Guess campaign. However, I felt he had that perfect combination that was right for the brand.  Still to this day, people remember him in those campaigns.

WWD: What was among the most popular male-female model pairings in the Guess ads?
P.M.: The most recent example  is Silviu Tolu shipwrecked with Amber Heard in the spring 2012 campaign. The interplay between the two is really nice and the pictures tell the story so succinctly.

WWD: Besides Claudia Schiffer’s campaign in 1989, what are some of your most memorable campaigns?
P.M.: There are so many that really stick out in my mind — the pictures that are both dramatic and sensual are my favorites. One of the earliest with Estelle Lefebure stands out, when we began shooting with a Western look. Other favorites include Carre Otis with her hair wild, embodying the word “freedom.” Anna Nicole Smith looking like Anita Ekberg in Fellini’s “La Dolce Vita,” Eva Herzigova styled as a young starlet arriving in New York, Adriana Lima radiating a healthy sexuality, Line Gost shot by Bryan Adams resembling a young Sophia Loren, and so many more. Most recently, Amber Heard with her fresh American good looks.

WWD: What are your favorite anecdotes about how being a Guess Girl changed the model’s or photographer’s life?
P.M.: At the beginning, we didn’t have the money to pay big names, which is how looking for new faces began a tradition that still continues 30 years into the Guess history. It’s been interesting to follow their careers after a Guess shoot, for both photographers and models, because the exposure around the world becomes so huge. Claudia Schiffer is one of the best examples of this — she went on to model for Chanel and many other things as well as have roles in films. Drew Barrymore’s Guess shoot took place as she was making the transition to serious actress after having been more known as a child actress who had become overwhelmed by the Hollywood lifestyle. Both Wayne Maser and Ellen von Unwerth each shot their first ad campaigns ever for Guess, and the exposure led to more jobs for each of them. I wish I could say that Carla Bruni’s Guess campaign at age 16 led to her current role as First Lady of France, but that might be a stretch.

WWD: How did you pick the photographers?
P.M.: The first thing I look for is something in their work that catches my eye. Usually it is their choices in how they capture their subject, but I also like to find a photographer who shares the same level of passion for creating great images. For me, passion is a quality that cannot be overstated — it really drives great work.

WWD: Is there a dream girl whom you would like to photograph for an upcoming campaign?
P.M.: I really like discovering new talent. I don’t think in terms of using a big name and having that model adapt to Guess. It is more about seeing the Guess qualities in her. The current campaign with Claudia Schiffer has been so successful that I might bring back other previous models. It all depends on what I feel is right for the moment and of course, it always must be right for Guess.

WWD: As Guess builds its business in men’s, shoes, bags, watches and kids, how do the ad campaigns with the Guess Girls help those categories?
P.M.: The campaigns and the models in them create the fantasy around the brand. It has always been about having strong images. Without that, we could not have gone into all the categories we did. It really has been the foundation from where the house of Guess was built.