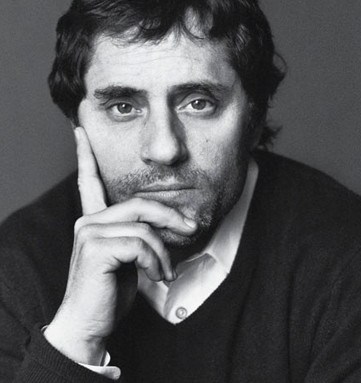 David Lipman is the creative force behind the campaign to rebrand and reenergize Lord & Taylor, an icon of U.S. retailing. He was hired by NRDC Equity Partners, which bought Lord & Taylor from Federated Department Stores Inc. for $1.1 billion in 2006.

Lipman is chairman of his namesake advertising agency, which has offices in Manhattan’s Meatpacking District and was started by his grandfather in the Twenties. The firm has developed advertising campaigns for clients such as Diane von Furstenberg, David Yurman, Burberry, Zegna and St. John and has annual billings of about $85 million and 60 employees.

WWD: How did you get the assignment to revitalize Lord & Taylor?
David Lipman: Two years ago I got a call asking me to speak with Richard Baker [chief executive officer of NRDC Equity Partners], and my first question was, “Who’s Richard Baker?” The next day I spoke with Richard, and the ball started rolling. He explained they were starting a division called Creative Design Studio, and maybe I could consult and help….The heritage of Lord & Taylor intrigued and fascinated me because of all the wonderful things built into the store and brand. The challenge was how to find all the things that had dug deep into its walls, but didn’t know how to come out. It happened quickly, and within months we decided to reposition the store from the inside out, resulting in everything from p.r. to the advertising campaign and the white shopping bag.

WWD: How did you first experience Lord & Taylor?
D.L.: It came from my childhood. When my grandmother took me on trips in New York City we’d start at the Metropolitan Museum, work our way down Fifth Avenue, and the last two stops were Schrafft’s for me, and Lord & Taylor on 38th Street for her. My mom would take me to the Long Island store all the time, where we’d see this big white store with beautiful black logo, and it was always breathtaking to me….The shopping bags [Lipman created] came from my memories of those trips to Lord & Taylor when I was five.

WWD: How did the campaign begin?
D.L.: We were dealing with negative growth all around us and consumers not wanting to go into stores, so we met and said, “We’ve got to figure this out.” They needed a personality and identity, and I knew I could do it, because I understood how to do it. Brendan Hoffman [Lord & Taylor ceo] said, “David, we have no money, we can’t afford it now.” And I said, “We’ll figure it out.” I knew I could make people look at the store with a smile on their face, make them realize they can afford it and make them feel they are smart to shop Lord & Taylor.

WWD: How did you accomplish those goals?
D.L.: Coming up with a concept for the campaign was easy….We added a personality that was warm, that people could look at not too seriously and say, “Wow, I can [afford to] buy that. I’m smart to buy that. It didn’t cost that much, but it looks great.”

WWD: How is the campaign going?
D.L.: We’re plugging the holes a bit, so that’s why the campaign “Shop Smart” is out there now. It began two months ago, and marries brands with the store and shows shoppers how to have fun buying from it. The next series will be shot in July, and we figured out a way to do it economically and brought budgets of the photo shoot in at record lows, giving Lord & Taylor huge advantages to put more money into media.

WWD: What other new projects are you planning?
D.L.: In fall we’re launching a major moment for Hudson Jeans that will begin a new era of advertising of jeans. There have been three major events in jeans for me: Calvin Klein and Brooke Shields was number one; Kate Moss and Mark Wahlberg, also for Calvin Klein, number two; the Diesel campaign by David LaChapelle was pretty amazing. But what we’re doing with Hudson will start a new era of jean marketing. It includes print, but a new way of marketing on the street and online virally. I can’t unveil it yet, but we plan to unroll it in a big way. We’re not talking just a Web site, e-commerce or social marketing. It’s essentially a whole new way of communicating.

WWD: What role does technology play in marketing?
D.L.: You can’t market or communicate without it, and we have a whole digital department [at the agency]. So many firms in the retail and brand world today are totally behind technology — Amazon, Netflix, iTunes and others. But many people in the fashion world don’t understand how to embrace it and apply it to everyday life. High-tech mobile devices and the Internet are a part of our daily lives now. I carry a BlackBerry and cell phone wherever I go, and if you can’t communicate and market online yet, you’re missing out. Those little things that fit in our handbags or pockets are a new weapon, and that’s where I see the biggest opportunity.

WWD: Who are new players in the market?
D.L.: RueLaLa, a shopping Web site, has product that sells out at lightning-bolt speed. Firms like Amazon changed the way we shop for and wear apparel. Fifteen years ago, where was Google in our lives? Today, how many times a day do you say, “Go Google this, or Google that.” There is so much exciting new technology out there that is mind-boggling. By 2015, we’re going to be in a touch-screen world.

WWD: What consumer trends will develop?
D.L.: The next thing will be betterment of our lives — better air, better food, better water….Think about Whole Foods, the hybrid car, the battery-operated car, solar energy, organic this, organic that….People want healthier and better lives, to live longer, and that is going to be the next wave of consumerism, with clean tech and green tech.

WWD: What is the lesson to learn from Asia?
D.L.: We have to manufacture again. We forgot it was the root of who we were, and we have to make things again in America. We need to get back to farming, and have an auto industry that can design better-looking cars. Why does a hybrid have to be ugly? One thing we should learn from a company called Apple is that design is important.

WWD: How do you conceive new programs?
D.L.: We have one philosophy: We invent nothing and take everything from our clients. Anytime we stray from that, we fail. When we were naming the brand Black and Brown 1826, by Joseph Abboud, Joseph saw a label of Johnny Walker Black scotch, and said, “I love the combination of black and brown, like black suits and brown shoes; brown sweaters and black pants.” And Lord & Taylor was founded in 1826. I said, “Say no more…there’s your brand name.” Joseph named it without naming it. It came from his tastes, and that’s the best way to name things.

WWD: What is the state of creativity today?
D.L.: There are very few Thomas Edisons in the world, so not a lot of originality takes place anymore. Originality takes minds that can craft messages, design product, understand what research is and then create something new. Every once in a while a breakthrough moment happens and something does get invented, but maybe one in a zillion things created are truly new. You have to know how to keep forging forward, because when you do things the same way, you lose.