Photojournalist Jimmy Nelson headed to Finland for the photoshoot. 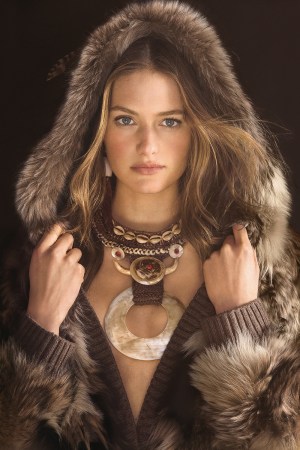 Ralph Lauren broke from the typical clique of high-profile fashion photographers for his fall campaign, enlisting British photojournalist Jimmy Nelson to shoot Sanne Vloet — as well as a herd of reindeer and Siberian huskies — in Finnish Lapland. The creative direction is more National Geographic than Vogue. Shot in April at the Kakslauttanen Arctic Resort, more than 150 miles north of the Arctic Circle, the campaign was Nelson’s first for fashion. He’s better known for his work documenting indigenous tribes, published in the 2013 book “Before They Pass Away.” Vloet first appeared in Lauren’s spring safari campaign shot by Bruce Weber. Lauren wanted to convey “a sensual, textural world, a warm cozy winter wonderland of strength and dimension.” The shots of Vloet in hooded shearlings and tribal jewelry make his point.