At ReCon 2015: New Concepts and Confidence

The shopping center industry partied like it was 1999 at ReCon 2015 held last week in Las Vegas. 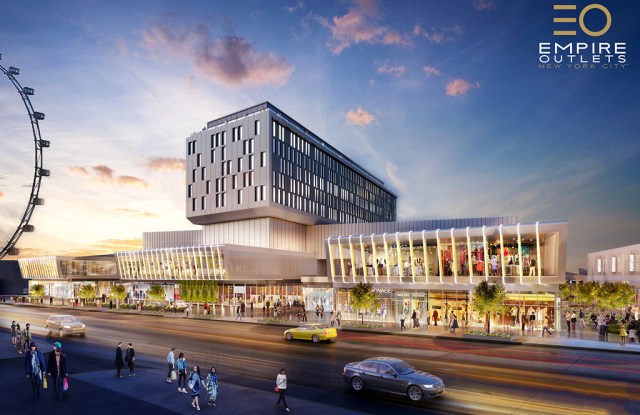 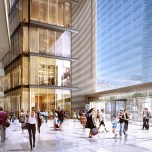 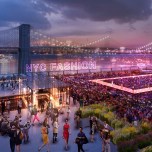 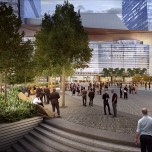 LAS VEGAS — The shopping center industry partied like it was 1999 at ReCon 2015. But unlike the post- Reagan era boom, the current upturn — if there really is one, and it holds — is tempered by analytics, past experience and a new group of retail entrepreneurs that views growth differently than the roll-them-out-or-be-damned specialty chains that were dominant during the Aughts and are now right-sizing. “The recession is officially over,” declared one real estate broker – who, despite his bold statement, wished to remain anonymous. Maybe that was because there were caveats to the good mood. Retailers such as Kohl’s Corp. are curtailing their growth and the e- and m-commerce companies that mall executives cite as growing are only opening a handful of stores and not the hundreds that once-hot retail concepts unveiled in their heyday. The shifting sands of retail sectors also were apparent. “The allocation of space is shifting away from department stores toward fast-fashion retailers,” said Greg Miles, chief operating offi cer of Westfield Corp. in the U.S. “There’s a continuing theme of the redistribution of department stores’ retail sales to people such as H&M and Zara. The proportion of the space is changing, with fewer department stores and more space being given to users like H&M and Zara.”

The change is partly occurring because department stores have failed to connect with Millennials and other young shoppers, he said – a claim that none other than Macy’s chairman and chief executive officer Terry J. Lundgren firmly disagreed with earlier this month. “There’s the age-old question of businesses that move through generations,” Miles added. “Do kids want to shop where their parents shopped? Macy’s can run Polo Ralph Lauren and Tommy Hilfiger. They’re not known for their speed-to-market of fashion.”

Miles’ view notwithstanding, Manhattan is about to see a boom in department store openings, including new full-price stores from Saks Fifth Avenue, Neiman Marcus and Nordstrom.

The Related Cos., architect of the Shops at Columbus Circle at Time Warner Center, has been fine-tuning its plans for the seven-level retail component at Hudson Yards, which will be part of a much larger mixed-used project expected to energize the far West Side of Manhattan and meet an extension of the number 7 subway line and connect to the High Line. The 1 million-square-foot vertical shopping center will be anchored by Neiman Marcus’ first store in Manhattan and feature dining concepts from chef Thomas Keller, who is “co-curating” the lineup of eateries. As anchor, Neiman’s is naturally concerned about the company it will be keeping. “We tell Karen [Katz, chairman and ceo of the Neiman Group,] and Jim [Gold, president and chief merchandising officer] where we are in terms of tenants,” said Webber Hudson, executive vice president of Related Urban. “They say they like this, but not that. It’s the most collaborative relationship.”

Behind a soaring glass façade that will be 60 percent wider and taller than Bloomingdale’s 59th Street fl agship, a great room will usher in The Shops at Hudson Yards. Neiman’s first New York City store will be “the best of luxury in a new concept that hasn’t seen the light of day,” Hudson said. He added that Related’s approach to tenanting the Shops is similar to merchandising a department store. “Clearly, the main floor will be great global luxury brands, an assortment of the greatest names from aspirational to couture. We still want to be democratic. We’ll have 25 million people a year coming through.”

The second fl oor will feature contemporary and bridge labels and the type of unique retailers that can be found on Bond Street in Manhattan or Robertson Boulevard in Los Angeles.

“Velocity retailers” such as H&M will populate the third and fourth levels along with international brands. Meanwhile, level five, Neiman’s first floor, will also feature one of three concepts: shops for the home, an assortment of couture or “emerging designers who haven’t landed at Neiman Marcus yet,” Hudson said.

Mall owners and operators are looking for something — anything — that will resonate with young shoppers and make their properties unique, from one-off retail concepts to emerging designers to regional brands. Shopping-center executives said they’re eager to make deals with Old Navy now that president Stefan Larsson’s impact is palpable. Others cited Kit & Ace, technical cashmere leisure wear from Shannon and JJ Wilson, wife and son of Lululemon founder Chip Wilson; Pure Barre, fitness studios with a line of apparel and accessories, and Blink, photo studios targeting Millennials looking to get on Pinterest.

Sources said Jessica Alba’s Honest Co. will open its first beauty store at The Grove in Los Angeles and a pop-up shop for Nicole Richie’s House of Harlow will bow at the center, which reportedly does $2,200 a square foot in annual sales.

Developers are building space for up-and-coming designers into their plans. Howard Hughes Corp. is preparing to launch on June 17 its first in a series of Seaport Studio pop-up shops at the Seaport District in Manhattan, where it’s rebuilding Pier 17 and constructing a four-story glass building for food and retail with entertainment on the roof. “With everything, from design to tenants, people are looking for fresh,” said David Weinreb, chairman and ceo of the company.

Empire Outlets, a 350,000-square-foot center opening on Staten Island near the St. George Ferry Terminal and upcoming 630-foot New York Wheel, is also setting aside space for unique tenants. In addition to Nordstrom Rack, H&M and about 100 specialty stores, 14,500 square feet of space will be devoted to pop-up shops along the lines of New York Flea and “incubator-style concepts. We’re looking to target young, up-and-coming designers who may have been priced out of the marketplace,” said Joseph Ferrara, principal of BFC Partners, adding that a planned hotel “will be very fashion- oriented” with spaces for runway shows. “New York is not just Manhattan,” he said. “Brooklyn taught us that.”

“All the naysayers said this Premium Outlet would never work in a downturn. This new Cheesecake Factory is a testament of our arrival,” said Yaloff , who revealed that Simon Premium Outlets is getting into the e-commerce game later this year.

Full-price retailers are arriving at their own value-priced conclusions, including Forever 21 with its Red concept and Macy’s Backstage. Macy’s has announced that it will open four pilot Backstage locations, geared to “value-driven customers who love the hunt for a bargain,” a spokesman said. “There is some overlap with Macy’s stores customers, but lots of new opportunity.”

Macerich’s proposed outlet center at Candlestick Park will combine two great American pastimes: baseball and shopping. The company, which recently fended off a hostile takeover attempt by Simon Property Group, has a ground-up outlet center on tap for Candlestick Park, the former home of the San Francisco Giants baseball team. The center’s buildings will form the shape of a baseball diamond and Macerich will incorporate old stadium chairs and 100- foot field lights into the design. “We’ll have a tribute to the stadium,” said Art Coppola, Macerich chairman and ceo, immodestly predicting that it will be “one of the most successful outlet centers in the U.S.”

Lisa Rosenthal, a broker at Lansco Corp., said “H&M, Zara and Forever 21 are the anchors of the moment. The same goes for Whole Foods and Trader Joe’s. We’re rethinking who the anchors are. We met with a client, a shoe retailer, who said, ‘I need to be near a Wegmans or a Whole Foods because the mom is already out of her car with the kids in the stroller.’”

Kemper Freeman, chairman and ceo of Kemper Development Co., is working on a 200,000-square-foot expansion of the Belleview Collection in Bellevue, Wash., utilizing space formerly occupied by J.C. Penney. “It took 12 years to get Penney’s out,” Freeman said. “It took 30 days to find tenants to replace it.” An “urban grocery” will occupy the first floor, while the south corridor will be leased to Zara and Uniqlo. He described the finished product, which will have hotels and residences, as “a microcosm of the Time Warner Center.”

An “if you can’t beat them, join them” attitude seems pervasive in shopping centers stepping up investments in consumer-facing technology. Westfield Labs later this year will test a suite of services in London, including frictionless parking and a Dine on Time reservations system, among other things. “We’re putting it all on offer in one app,” Miles said. “It’s major. We have to develop things that turn the customer on.”

“What we try to do is satisfy voids in a market,” said Robert Taubman, chairman, president and ceo of Taubman Centers, citing the Mall of San Juan in the Caribbean as an example. San Juan had only 5 square feet of retail space per capita compared with 20 square feet in other major markets. That isn’t the case in Miami, where Taubman, along with the Forbes Co., is developing Miami Worldcenter. “It’s a city that’s exploding,” Taubman said of Miami. “We think there’s tremendous demand there.”

Taubman also sees opportunities in Asia, where the company has three properties under development in Hanam, South Korea and Xi’an and Zhengzhou in Henan, China. “In Asia, restaurants comprise 30 percent or more of a center,” he said. “In the U.S., it’s 10 percent to 12 percent.”

Gene Spiegelman, vice chairman and head of retail services for North America at Cushman & Wakefield, said international retailers are moving toward uniform pricing to hedge against the impact of the depressed euro.”There are so many issues affecting retail — political, geopolitical and economic,” he said, adding that nonetheless, “everyone has a very qualified open-to-buy.”