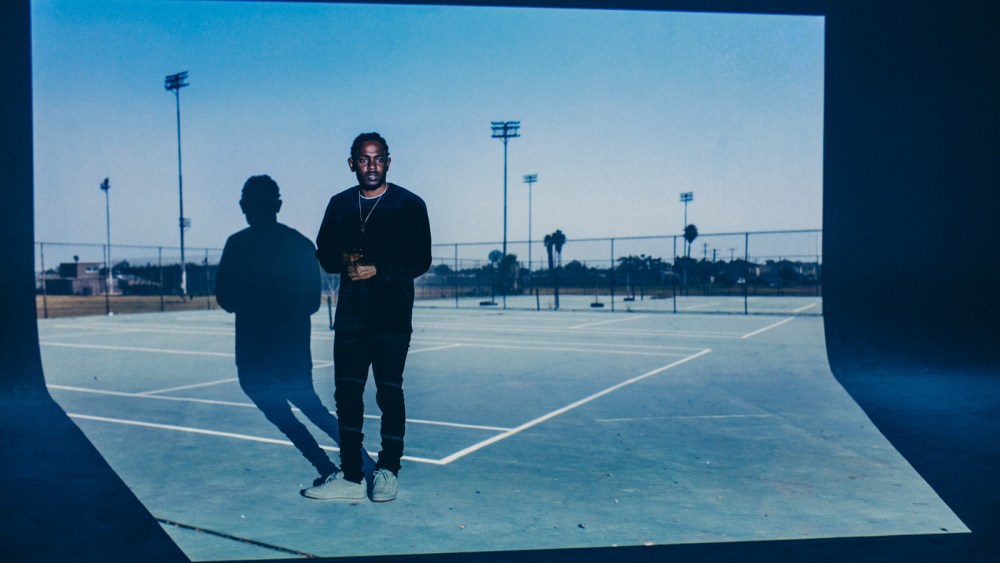 The company, which collaborated with the artist and rapper on its Club C Capsule collection earlier this month, created a cinematic campaign filmed by L.A.-based photographer Nabil Elderkin.

The film delves into the heritage of the Club C style sneaker and how it has evolved in the last 30 years. The campaign, called “Hold Court,” features a short film narrated by Lamar, who is wearing the men’s Club C 85 Tonal Gum. He offers up his take on the values that he associates with the sneaker such as “Take responsibility and find your court, your passion.”

Alongside the short films, Elderkin photographed Lamar in a 35-mm film at the tennis courts of Compton High, his former high school.

Lamar noted that the Club is one of his favorite sneakers. “Clean, understated and beyond design,” said Lamar. “What the sneaker represents is important to me. Staying true to your roots and where you came from. Staying real. It’s a sneaker that makes you feel a certain way when you put it on. Fearless; confident; holding court. I put pressure on myself to reach a certain level of success, and the shoe represents that. Being passionate, having the desire and hunger to be successful in whatever court you’re in.”

The campaign will break on the brand’s web site, in-store and on the label’s social media channels.

“Having made its debut in 1985, the Club C has left its mark as an iconic performance tennis court shoe, and a timeless classic in casual streetwear,” said Todd Krinsky, global vice president of Reebok Classic and Entertainment. “The shoe’s smart yet understated design made it a club favorite for athletes both on the court and on the streets. Fast forward to today and the Club C has emerged as a modern-day streetwear icon, all while staying true to its original design 30-plus years later. In 2017 we plan to celebrate this silhouette with continual drops throughout the year.”