Reebok International Ltd. hopes to stabilize its sales this year. 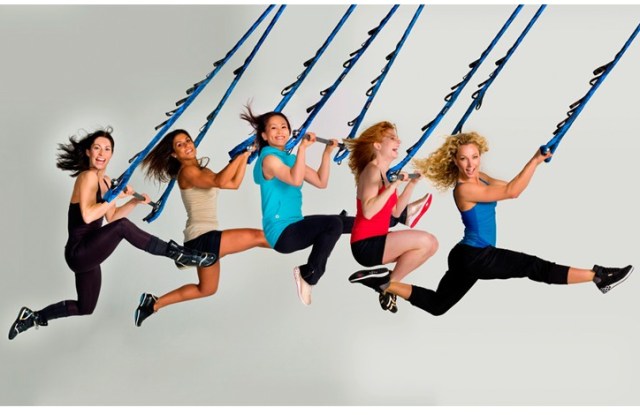 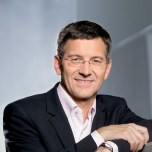 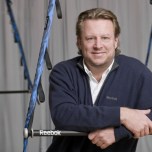 At least that’s the new positioning of the brand this spring, three and a half years after Adidas AG acquired the Canton, Mass.-based active company and a year after Adidas veteran Uli Becker took over as head of the troubled brand.

With new positioning, price points and product launches introduced this spring, the $3.16 billion activewear brand hopes to stabilize its sales this year and become the industry’s success story over the next decade.

“Reebok hasn’t been part of the relevant mix,” said Becker, who replaced Paul Harrington as Reebok president and chief executive officer last March. “Our numbers are still not where we want to be, but we’re light years away from where we’ve come [from]. In 2009, I now think we will be competitive, though it could be 2013 before numbers are where we want them, based on what happens in the economy. In 10 years, I hope we will be able to agree that the success story in the athletic industry will be Reebok.”

Since Adidas bought Reebok in August 2005 for $3.8 billion, sales at the U.S. brand have declined every year. In 2008, while parent company Adidas saw sales expand 10 percent to $11.5 billion, Reebok posted an 8 percent sales decline to $3.16 billion. But Adidas ceo and chairman Herbert Hainer expects the tables to begin to turn in 2009, with Reebok sales stabilizing, as the economy likely causes Adidas sales to decline this year.

“When we did the budget in September, we had a clear growth scenario for 2009, but with the economy, we now are projecting stable numbers in 2009 for Reebok,” said Hainer, who in 2005 called buying Reebok “a once-in-a-lifetime opportunity.” “People say, ‘why has it taken three years?’ When we entered into this deal three years ago, we realized that the brand had less cachet with the consumer than we had thought. If this had been a great company three years ago, we wouldn’t have been able to buy it. What Reebok had historically done well was jump on trend, but the drawback of that was there was no clear distinctive picture for the consumer. This is what we’ve had to overcome. It’s taken longer than we’d have liked, but it’s done now.”

Among the key steps Adidas has taken:

• Redefined Reebok’s positioning to “fun and fit.” The overall marketing campaign for the brand is “Your Move,” reflecting that each person decides what she wants to do to stay fit. “The whole success of Reebok in the Eighties was encouraging women to have fun in fitness,” said Becker. “Fun is not covered by any other brand out there and is missing today in fitness. Fun should be Reebok’s territory over the years. It’s always easier to be successful in your territory than follow somebody else’s.”

• Clarified priorities: women’s fitness, men’s training and classics. “Men’s is our biggest category, but women’s has the biggest potential,” Becker said. “For classics, Reebok owns the most iconic women’s sports model with the Freestyle, plus we have the Pump for men, which celebrates its 20th anniversary later this year. But we have to clean up the category, bringing up the price points. Sport should always be bigger than classics, and classics is shrinking because we are getting out of the volume business.”

• Cleared inventory of old product (for example, one of Reebok’s biggest retail customers had 52 weeks of Reebok product, according to Hainer.)

• Introduced innovative product, such as the spring launch of the Easy Tone, which through instability pods on the shoes’ soles triggers 28 percent more muscle activation. Offering technology-based product that can bring in higher price points is something Reebok intends to do more of going forward. In addition to Easy Tone, this year the company will launch technology-based shoes like the Smooth Fit Select Ride, which also retails for upward of $80. From selling no shoes above $80 previously, Becker predicts Reebok will sell 4.4 million pairs within the next two years. Hainer expects to sell at least 400,000 pairs of Easy Tone shoes this year.

• Communicated the new positioning, such as through the partnership with Cirque du Soleil, creating the Jukari Fit to Fly workout (which is launching in top gyms of 12 cities worldwide this year) and two apparel and footwear collections, On the Move and the Reebok-Cirque du Soleil collection (which launch in Nordstrom and Dick’s, respectively, at the end of the month). “I don’t think it will happen overnight, but in the next 12 months, the consumer will see Reebok in a new light,” Hainer said, adding marketing will likely be down slightly, less because of the economy than because of the increased marketing surrounding the Olympics last year.

• Brought international licenses back in-house. Reebok used to directly control only the U.S. and U.K., but has taken 95 percent of its licenses back in house, Hainer said, adding the historic quality of the licensees created discrepancies in the brand’s reputation abroad. Reebok does more than half of its sales outside the U.S., and Hainer thinks international business will continue to grow.

Although it’s not a main priority, apparel stands to be another growth vehicle for Reebok in the U.S. Activewear makes up about 20 percent of domestic sales (versus about half of sales abroad), and Becker said “we should be able to get it to 25 to 30 percent very quickly.” Becker hopes to test some of the apparel the brand sells abroad in Nordstrom this year.