The message may not be enough to raise consumer spending. 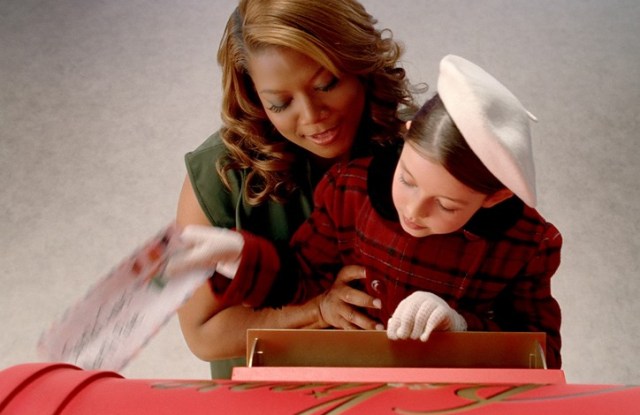 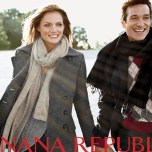 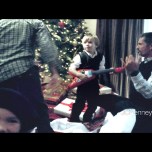 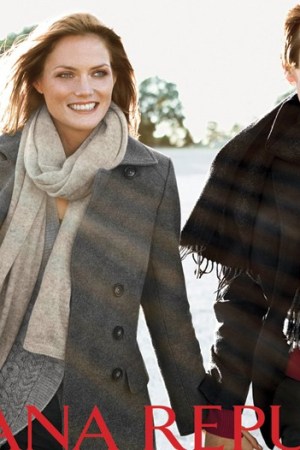 A Banana Republic “Embrace the Moment” print ad, from the store’s holiday campaign.

Nostalgia and other emotions — visions of sugar plums, softly falling snow, reindeer and Santa — will be plentiful in holiday marketing campaigns but may not be enough to shake most American consumers out of their sleepy spending ways.

“Our outlook is dismal because of the startling shopper apathy that’s set in,” said Candace Corlett, principal partner in WSL Strategic Retail. “Only 17 percent say they ever want to go back to spending the way they used to.”

To move the consumer’s spending needle this season, Corlett said, “marketing will have to be pulling a lot of emotional cords” because people are overspent, overleveraged and remain disdainful of their own pre-recession buying sprees.

“Midnight store openings, crazy sales frenzies are antithetical to people’s mind-set of wanting these holidays to mean something, to say ‘thank you’ to each other and relax,” said Kate Newlin, principal partner in Kate Newlin Consulting.

Despite some near-term signs the economy is stabilizing, such as GDP growth of 3.5 percent in the third quarter, shoppers can be expected to seek happiness in simple traditions like remembering those they appreciate, exchanging meaningful gifts and spending time with friends and family, as well as treating themselves to things they’ve delayed buying for the past year or two, such as apparel.

The holiday campaign for Banana Republic, for one, will tap this mood, conveying “a warmer tone, a more emotional tone” than in recent seasons, said Raul Martinez, chief creative officer at AR, which developed the campaign for magazines, newspapers, and outdoor media. The tag line “Embrace the moment. Holiday 2009” will mark the print ads.

“Holiday is a festive and joyous occasion, something that makes an everyday moment special,” Martinez said. “So, from an ad perspective, we shot more Banana Republic daytime looks versus cocktail or evening pieces. Warmer, cozier, more textural pieces, like sweaters, to set an emotional tone of the everyday, versus singular, evening events.”

Fashion — mainly easily affordable brands like Target, H&M and Gap — also rated as three of people’s 10 favorite gifts to give this holiday in an October poll by Zandl Group. Electronics occupied four spots on the list, including Apple products such as iPhones, iPods and iMacs; Sony items; Nintendo Wii and DVDs. Fashion goods from Banana Republic and Sephora gift cards rounded out the 10 favorite gifts to bestow, which came via the first 100 adults, ages 18 to 35, to answer trend researcher Zandl’s online survey.

While the public’s anxiety level remains high, with 72 percent feeling anxious this September, it’s easing off its 12-month peak of 82 percent around Election Day 2008 and is down from 78 percent in September 2008, said Ann Mack, director of trendspotting at JWT, in citing the ad agency’s new, U.S. Census-weighted survey of 1,273 adults.

“People are feeling there’s an end [to economic travails] in sight, but their own personal recovery will lag,” Mack said. “They will be constrained in their holiday spending.”

When caught up in feelings of fear and anxiety, people tend to focus on the near term, playing it safe, indulging less often, spending less money.

“The challenge for marketers is to turn fear into hope,” said Marc Gobé, president of Emotional Branding. Conveying messages and images of reassurance is one way to do this, Gobé noted, adding: “Heritage brands and nostalgia are gaining support for this reason.”

J.C. Penney Co. Inc. is playing the nostalgia card this season, with a campaign focused on the “Joy of Giving,” including “Through the Eyes of a Child,” a national TV spot breaking Nov. 15; an extended, 60-second take of the spot to be screened at movie theaters nationwide starting Nov. 20; mobile messaging wake-up calls made on Black Friday to shoppers who sign up at jcp.com, and, for the first time, a Penney Facebook gifting application.

The TV commercials, developed by Saatchi & Saatchi New York, and in-house at J.C. Penney, highlight “at-home celebrations and gift giving,” said Kate Coultas, a J.C. Penney spokeswoman. In one scene, a young boy is seen walking through a house giving gifts to family members. In a practical twist, prices and brands of the products available at Penney will be highlighted.

A slice of Americana will be served up by Macy’s in its holiday TV commercial, “The Trek,” to debut nationally on Friday, inspired by the New York Sun’s timeless 1897 editorial, “Yes, Virginia, there is a Santa Claus.” The spot follows a modern-day Virginia going from home to Macy’s, where Queen Latifah helps her mail her letter to Santa. A Spanish language version features Carlos Ponce.

Starting Friday, people can drop off letters to Santa Claus, in the Santa Mail box at any Macy’s store. For each letter received, Macy’s will give $1, up to $1 million, to the Make-A-Wish Foundation, which aids children with life-threatening illnesses.

Reprising its 2008 holiday theme “Believe” — encouraging belief in the spirit of love and giving — the Macy’s campaign will also feature a 25-city, coast-to-coast Macy’s Santa Tour, starting Nov. 28, following Santa’s turn in the Macy’s Thanksgiving Day Parade, and a “Yes Virginia” original animated TV special. The half-hour program, produced by Macy’s and JWT, with The Ebeling Group and MEC Entertainment, will air on CBS at 8 p.m., Dec. 11, the first National Believe Day, created to recognize acts of kindness.

Marketers’ romantic dance with shoppers in the season’s campaigns will need to step beyond their heartstrings, though, as value for the dollar is still trumping the public’s desire to consume, marketing experts said.

“People are being a lot more thoughtful and careful about evaluating marketing claims,” observed Lee Eisenberg, author of just-published “Shoptimism” (Free Press, $26) and former chief creative/administrative officer at Lands’ End. “Credit may be harder to come by, with credit card providers raising interest rates and canceling thousands of cards. There are seven million more people out of work versus a year ago.”

With its new Holiday Preview 2009 magalogue, Chico’s is trying to fire up both emotions and rationale. The magalogue’s shoppers are invited to “Dazzle” in various ways: “In Winter White,” “With a Silver Shimmer” and “In a Jewel of a Jacket,” among other signals flashing holiday sensibilities. Or, they can “Deck the halls in 8,000 sequins,” simply by choosing a $149 sequin snake jacket, embellished with 8,000 python-printed sequins on mesh.

Rational appeals aside the headline “Why Chico’s?” invite shoppers to sign up for a free, Passport loyalty program; to save 10 percent “when you sign up for e-mail at chicos.com,” and to write letters telling the brand “what you love…and what you don’t,” while stating, “We read every letter.”

“Consumers are more like creatures who stalk their prey, rather than creatures who are preyed upon,” Eisenberg said, referring to an increasingly powerful shopper who is harnessing social media and other destinations online to speak directly with a brand’s employees, to rate products and to blog about their experiences. “The consumer is in charge now to a greater degree than in the past. It’s hard to advertise through that.”

Holiday marketers are also courting shoppers who say they are going to buy 18 gifts, on average, compared with 22 gifts in 2008, and spend an average of $452 for them, 15 percent less than last year, according to Deloitte’s 24th annual holiday survey. About one-third of the representative sample of 10,878 people Deloitte polled this fall said they see no signs of improvement in their personal finances, which were weaker than they were last fall.

“In past years, consumers have tended to underestimate what they were going to spend; I don’t anticipate that this year,” said Stacy Janiak, vice chairman and leader of the U.S. retail practice at Deloitte. “Post-holiday, I expect consumers to retreat again, and see where things stand.”