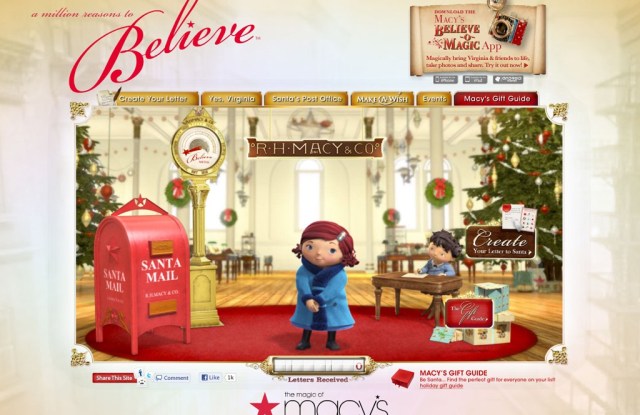 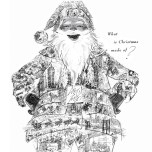 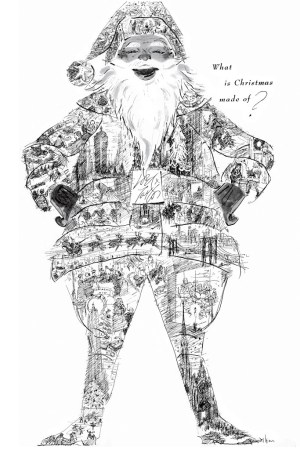 ’Tis the season for advertising spending.

For the crucial holiday selling season, retailers appear to be armed with advertising budgets equal to, or slightly larger than, last year. According to a spot check of ad agencies, consulting firms and retailers, stores are employing a combination of digital, print, TV and outdoor advertising to drum up holiday business. While gift-giving appears to be the dominant trend, many are using newspapers, inserts and online ads for promotional purposes and to encourage self-purchases.

According to Ferrara, the budgets were spent in three key areas: print, broadcast and online.

Forty-four percent of CMOs said they spent most of their budgets on print advertising, up from 42 percent in 2010 but way down from 64 percent in 2009, Ferrara said.

According to Ferrara, the survey also showed that social networking sites are becoming a bigger component of the retailers’ marketing strategies, in part because it doesn’t cost much to send out e-mails. Eighty-two percent said social media was a part of their strategy this year, up from 75 percent in 2010 and just 51 percent in 2009. In 2007, only 4 percent included social media in their marketing efforts.

One fact gleaned from the survey is that Facebook still dominated social media marketing, with 94 percent of CMOs surveyed saying their efforts were focused on the social networking site. Forty-seven percent included Twitter, but that’s down from 61 percent in 2010. Twelve percent of the executives surveyed also used LinkedIn for their social marketing, with 11 percent using YouTube and 8 percent focusing on Foursquare.

A separate survey of media buyers conducted by STRATA, a Chicago-based provider of media buying and selling software, found most advertisers plan to spend at least as much this holiday season as they did a year ago, and a few are increasing their ad budgets.

John Shelton, chief executive officer of STRATA, said that based on its Holiday Flash Survey of 43 high-level media buyers, ad budgets have either stayed the same or increased this holiday season, and very few reported a drop in advertising compared to last year. “As a matter of fact, we had some agencies say that they witnessed ad budgets increase more than 20 percent compared to the 2010 holiday season. This does make sense as many advertisers focus on the holiday season to ‘save their year,’” said Shelton.

He noted he has seen “an increase in online advertising with Cyber Monday growing” every year. “In general, digital advertising is less expensive and easier to produce than TV advertising, so they can quickly change to accommodate the Cyber Monday frenzy. That being said, we did see that many brick-and-mortar retailers are still focusing on TV and traditional avenues that cost more to produce, buy and place — which is a positive economic indicator.

“We are also seeing more retail campaigns utilize cross-platform promotions and reaching clients in more ways than ever before. Instead of relying on one or two mediums, a strong media mix has become increasingly important for advertisers from brick and mortar to online to push their products/services this shopping season,” said Shelton.

According to the study, retailers’ ad budgets appear to be heavily focused on electronics this year. “It seems like tablets and phones and other electronic devices seem to be the hot items once again, and the advertising is following that demand. Behind the big lead of electronics for the retail area is clothing and apparel, followed closely by music and movies.”

“Overall, apparel is strong, but electronics helped substantially increase advertising budgets for this quarter. Electronics have risen to the occasion for media buyers in Q4, pushing retail budgets to make necessary gains, but apparel has fallen off,” he noted.

According to the National Retail Federation, consumers spent an estimated $52.4 billion over the Black Friday weekend. Enticed by promotions, more than half (51.4 percent) bought clothing and clothing accessories. Gift buyers were also lured to promotions on electronics and computer-related accessories (39.4 percent), said NRF.

Retailers report that they’re using a combination of print and online to drive holiday business to their stores and Web sites.

Amy Avitabile, senior vice president of marketing for Lord & Taylor, said the company’s media spend is flat to prior years or “up very slightly.” She said L&T has more than doubled its digital buy for holiday, using a blend of newspapers’ Web sites and style.com, as well as network buys against a demographic. For holiday, L&T is partnering with Pandora and launching a holiday mix station that starts in December. The theme? “What is Christmas Made Of?” which carries through all communication, such as the store windows, catalogs and print ads.

“We are a promotional company and this is a promotional time of year,” said Avitabile, noting holiday ads will be a mix of regular price, gift-giving and promotions.

Asked about the pace of promotions versus a year ago, she said, “It’s a little hard to tell. I think it will be equal to last year, maybe a tad quieter. Everything we’re hearing is the consumer is looking for value.”

One of the newer developments is a partnership with the New York Post for an iPad app. “You can make marketing come to life with embedded video,” she said. Avitabile also noted that L&T is using Taxi TV, with spots starring Suze Yalof Schwartz, fashion editor at large. “She highlights great products for the holidays,” she said.

Macy’s is reprising its “Believe” campaign for the fourth holiday season, asking children to mail their letter to Santa at Macy’s nationwide to benefit the Make-A-Wish Foundation. Macy’s “Believe” campaign kicked off Nov. 6 with letter-writing “Believe Stations” in Macy’s stores across the country. For each letter deposited in Macy’s Santa Mailbox from Nov. 6 through Dec. 24, Macy’s will make a $1 donation, up to $1 million, to the Make-A-Wish Foundation.